ARISE AND BE HEALED 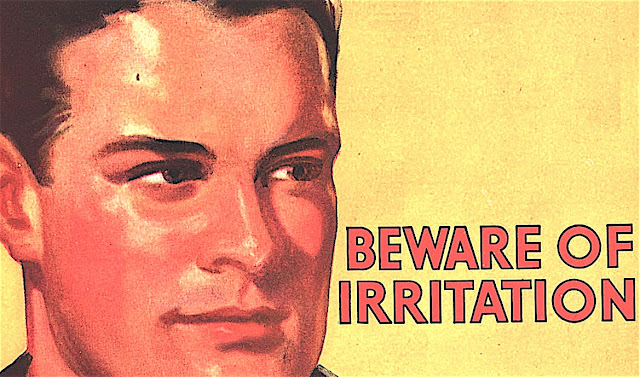 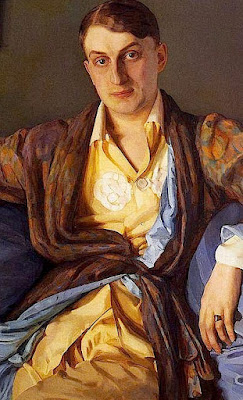 Morning medication
If you've read montanaroue' for some
time, you're fully aware that I'm most
certainly a creature of habit. Like many
men I have a routine. And if something,
anything, or someone violates my daily
ritual - my world seemingly crumbles.
Yes, I'm a control freak. Yes, at times
I'm rather sedentary. And yes, I really
don't like change especially at the start
of each day. Up with the sun, I enjoy a
state of solitude mixed with a sense of
private propriety during the wee small
hours of the morning. That is my time. 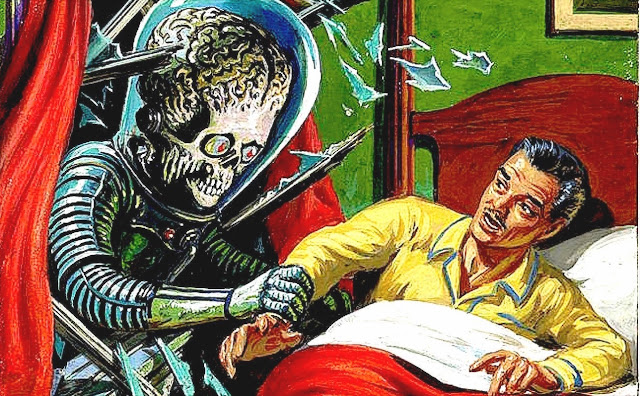 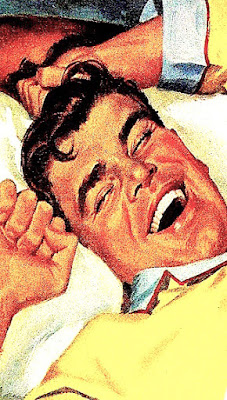 Alien abduction
For the majority of our twenty plus years
together, Frank has stayed out of my way
before noon. A night person, his standard
mode of operation is the opposite of mine.
Yet recently he's strayed away from said
well established path. Awakening early
and mucking about the house well before
his pre-ordained hour of reckoning. And
honestly, I find such a sunrise interloper
more than disconcerting. What confuses
me is whether this shift in interaction is
a good or a bad thing. The only thing I do
know is change is afoot a la Big Foot. 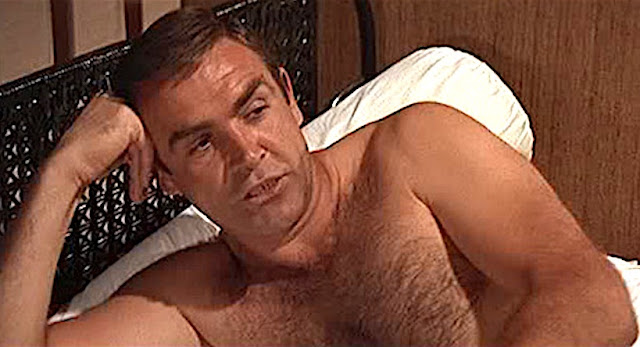 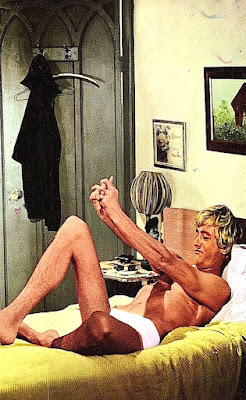 Rise and shine
Like most gentlemen, I am naturally
frisky in the morning. Now with Frank
up and Adam, one obvious benefit of
his change in routine is the increased
odds of a chance encounter. And in
my opinion there's no better way to
start the day than indulging in the
company of one's significant other.
That said, I must stop considering
such an occurrence inopportune.
Rather than seizing the opportunity,
my mind is focused on my "to-do"
list. Am I growing older or insane? 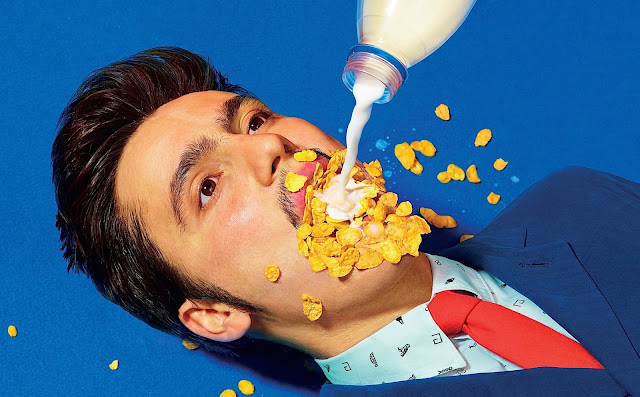 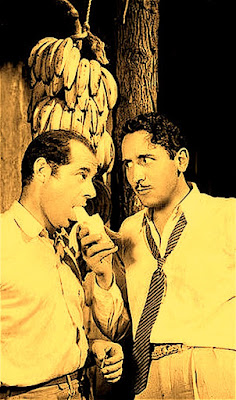 Rude awakening
This morning I awoke to Frank queries
about one of my impending meetings.
His concerns aside, I was barely awake
and unable to process whatever he'd been
stewing on. Rather than stop and listen,
I got out of bed on the wrong side.You
see, nothing could be said to the other
that would have make either of us happy.
Plus I barely function prior to my initial
pot of coffee. Thus the less said the better.
All that was certain was that I felt he was
in the wrong place at the wrong time.
And is that any way to start your day? 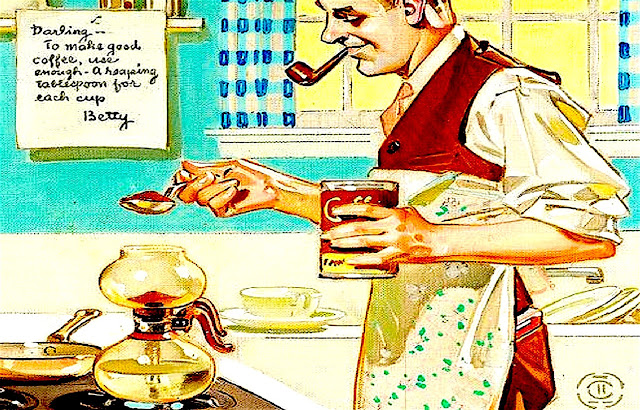 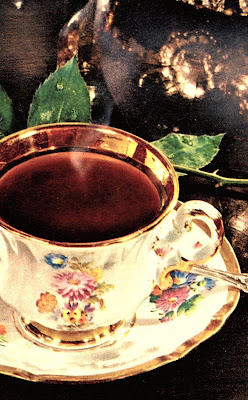 Coffee brake
Slowly I shuffled my way out into the
kitchen. Going through the motions,
I started making my daily french press
pot of java. Suddenly, Mr. Bright Eyes
appeared. Quickly he was pulling out
the cast iron skillet to fry some bacon.
I was flabbergast. While our kitchen is
obviously just that... OURS,  before
noon it's MINE. Thus I felt like some
innocent French villager being ravaged
by an evil Hun. There he stood in my
my spot - in my way. Fully intent upon
messing up the kitchen and my routine. 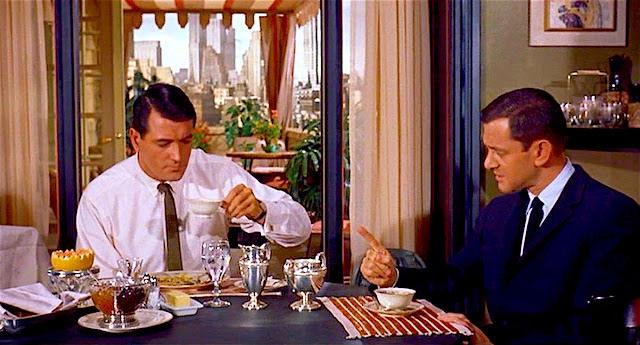 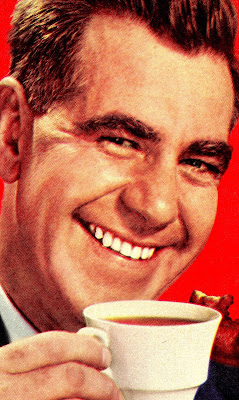 Breakfast special
And so, while my beloved will never
know it (unless he reads this) I made
a rather cataclysmic morning decision.
I would go with the flow. And so, I sat
at the kitchen island sipping my coffee
rather than hibernating in the isolation
of my office upstairs. Soon our home
was filled with appetizing aromas. As
I watched the one I love make breakfast
I realized just how blessed I am to have
him in my life. Suddenly the interloper
wasn't stealing my solitude, instead he
had captured my heart (as always)! 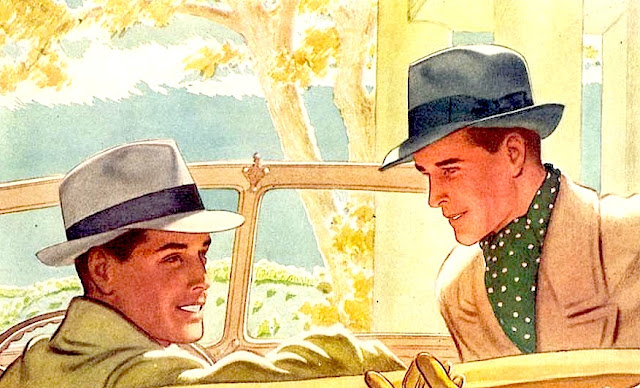 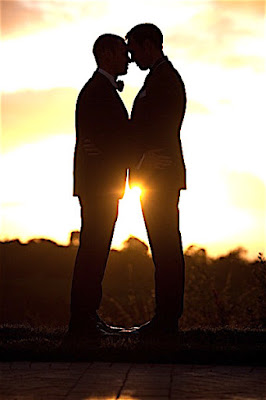 Two for the road
I've no idea whether this routine
violation is temporary or permanent.
However once again Frank taught
me an invaluable lesson. Attempts
to control everything are an exercise
in futility. Not only is that virtually
impossible, it robs one of the joys
of caprice. Therefore from here on
I'm going to do my best to be more
flexible. Don't worry, that doesn't
mean I'm joining a Yoga class. But
rather that I plan to treasure life as
it happens and... enjoy the ride!
Posted by montanaroue at 4:00 AM