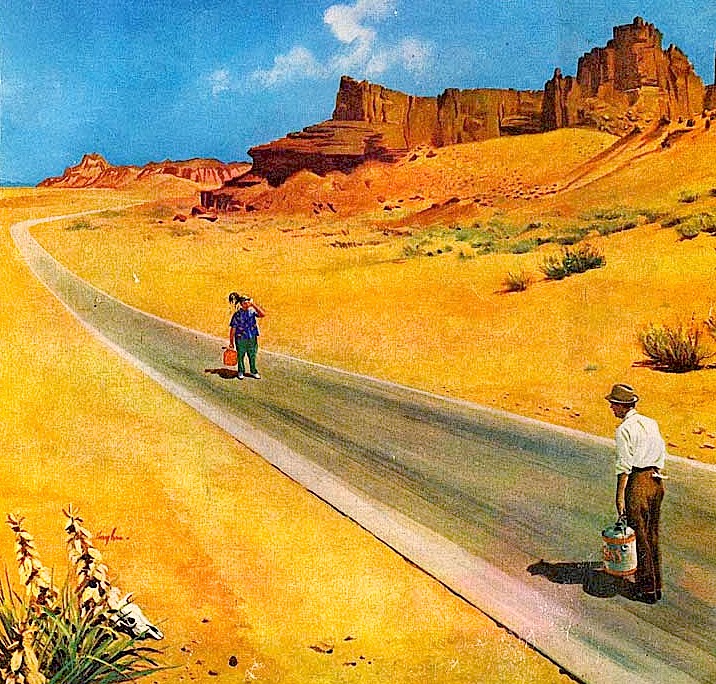 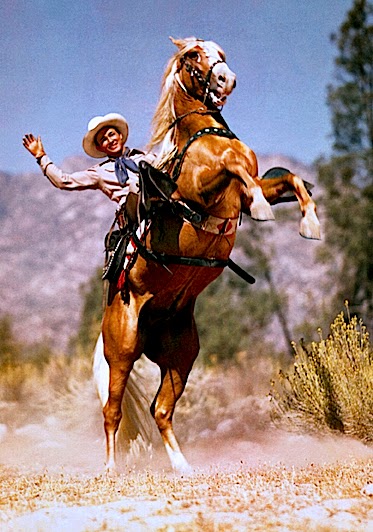 Dynamic duo
In the old days it was a cowboy and
his horse. True partners, they rode the
range together. Intuitively they knew
what the other was thinking. After
years of camaraderie, their rapport
was natural and innate. What would
Roy have been without Trigger? Ted
without Tony? Wilbur sans Mr. Ed?
For generations cow pokes relied on
their alter egos. Sadly, locals around
here seem to prefer to fuel their pals
with petrol rather than oats. While
convenient, do they ever really bond? 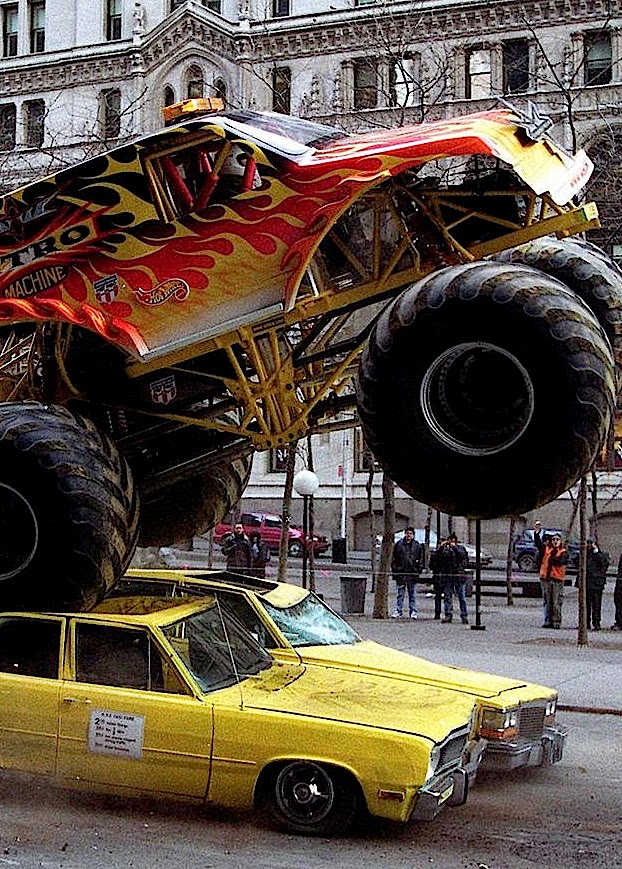 What a monster!
Everybody, I repeat everybody drives
a truck. And for most, the bigger, the
better. I'm not sure whether most use
them for anything more than show.
I'll admit there were times during our
move when a pickup would've been
handy. However I'll never understand
why everyone seems to lack funds to
properly maintain their homes yet
seem to have NO problem filling
their tank with eighteen gallons of
super unleaded. Seems we must
differ in the matter of priorities... 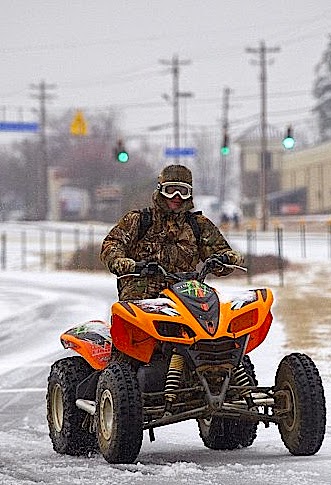 Four sure!
Most ranchers in this area of Montana now use four wheelers to round up their cattle rather than saddle up Nellie. A bunch of cowboys riding circling around me on noisy machines would certainly motivate me to move and apparently, that's exactly how cows react. Many ranchers use this mode of transport to go everywhere including town. One local lady rides her four wheeler down main street fully decked out in a hat and dress to do her errands. Only in Montana... 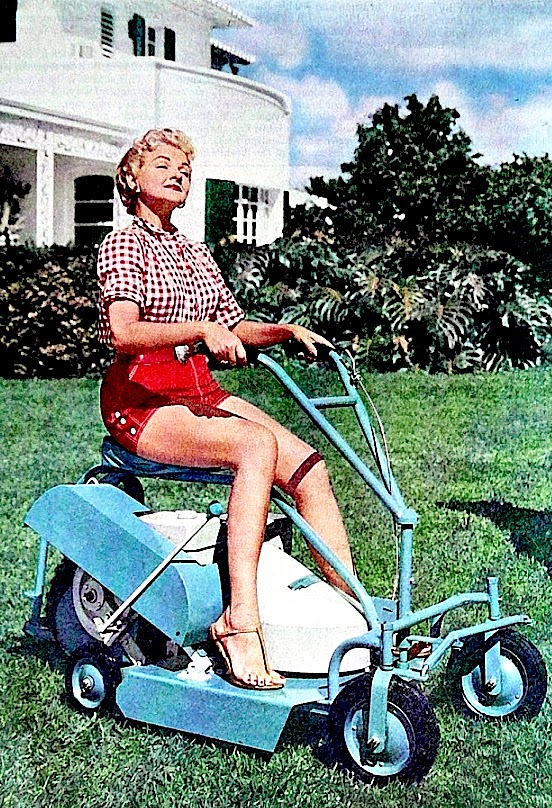 Mowed over
For some as long as it has four wheels, that's all that matters. One gentleman regularly rides into town on his lawn mower. I'm not sure where he comes from given he rides the pavement not the turf and leaves no trail. Wouldn't it be nice if he planned his route and trimmed the median along the way? Instead he simply chugs down the street occasionally waving at passers by. There probably is a law against it but as long as he doesn't mow over anybody, live and let live! RIDE ON! 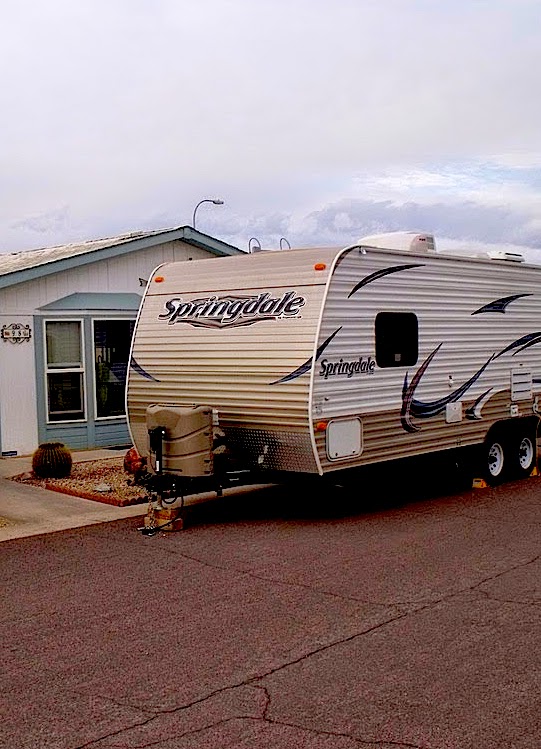 Rest Stop
Speaking of violations, nothing violates my sense of style more than the plethora of pleasure vehicles parked on the streets here in town. While the local law states that a trailer or recreational vehicle must be moved every five days, few seem to go anywhere. Nothing is odder than seeing these gleaming palaces on wheels sitting in front of some dump. Even worse is when the house is about to fall down and the trailer is sitting curbside with four flat tires. 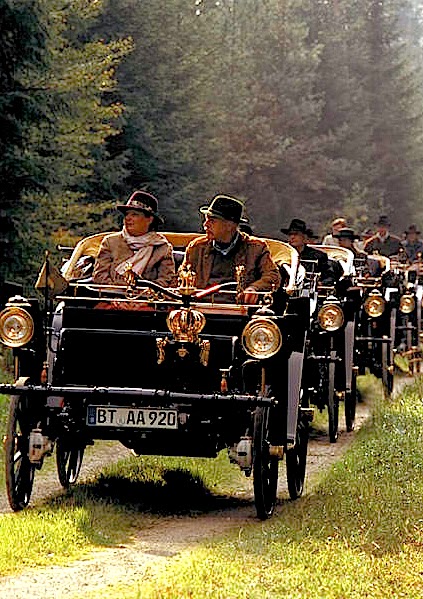 Way out west
I guess that's just the way things are in the west. As long as you don't bother me, go ahead and do whatever you want. Just don't make any fuss and try to be neighborly. After all, is a little iddy bitty trailer sitting in front of your new house worth losing a friend? While I doubt there's a Winnebago, Ford, or Honda Four Wheeler in my future I guess it's time for me to set aside my city ways and embrace my new world. Or... run for a seat on the City Commission.