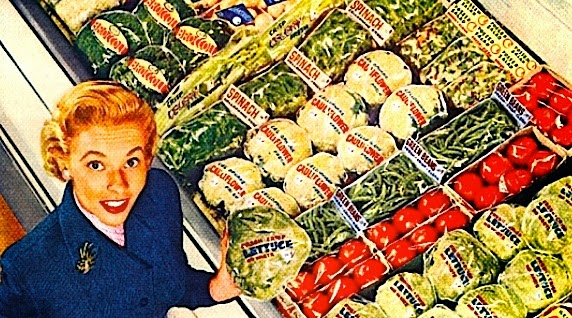 Green with envy
That has to be the explanation
for my odd addiction to any
vegetable of the bitter variety.
The sharper the better as far
as I'm concerned. While not
the norm, I've suddenly found
that more seem to share my
compulsion. While once a
rare breed, it seems that now
my predilection for all things
bitter is overtaking produce
departments everywhere!
Is everyone as bitter as I am? 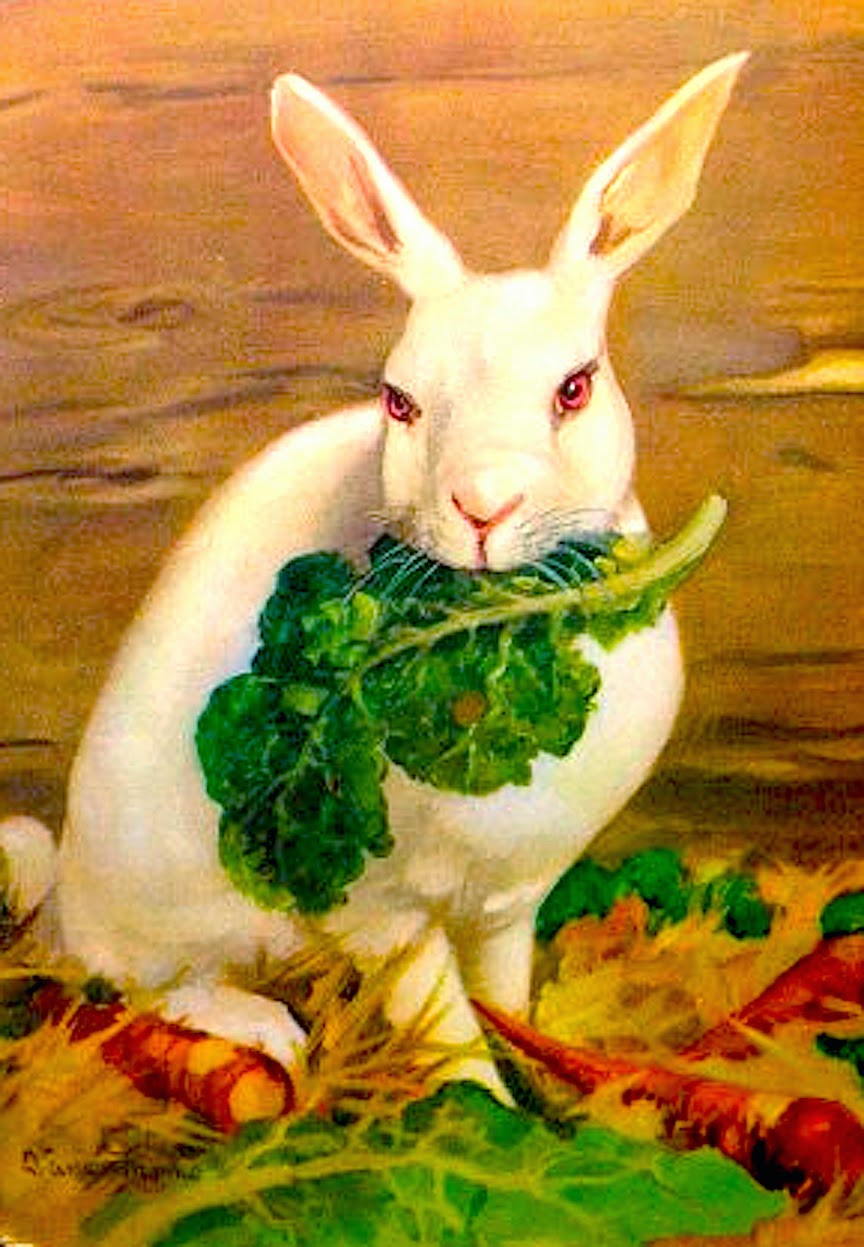 Kale
My father's favorite vegetable was
Kale. In my youth nobody seemed
to serve the stuff except my Mother.
Her preference was to chop it finely
and submerge it in a cream sauce.
Somehow that muted version was
enough to satisfy Dad's cravings
but few shared his love for this
tough and bitter leaf. Years later
Frank introduced me to steamed
Kale sprinkled with Tamari at the
vegetarian diner. Soon I found that
I craved the stuff. I was hooked! 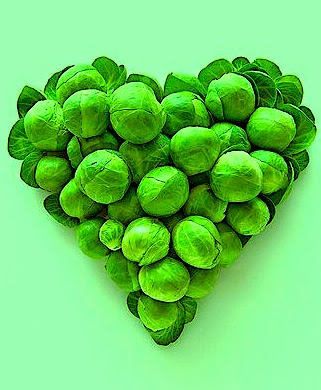 Brussel Sprouts
Growing up I assumed these
bitter , mushy orbs were yellow.
That's because everywhere they
were served, someone cooked
them to oblivion. That quickly
changed once I experienced the
joy of roasted Brussel Sprouts.
Just as amazing is a raw salad
of  paper thin sliced Sprouts.
Now I'm a devotee ready to eat
Brussel Sprouts any way. Proof
that even this jaded WASP can
overcome his culinary heritage. 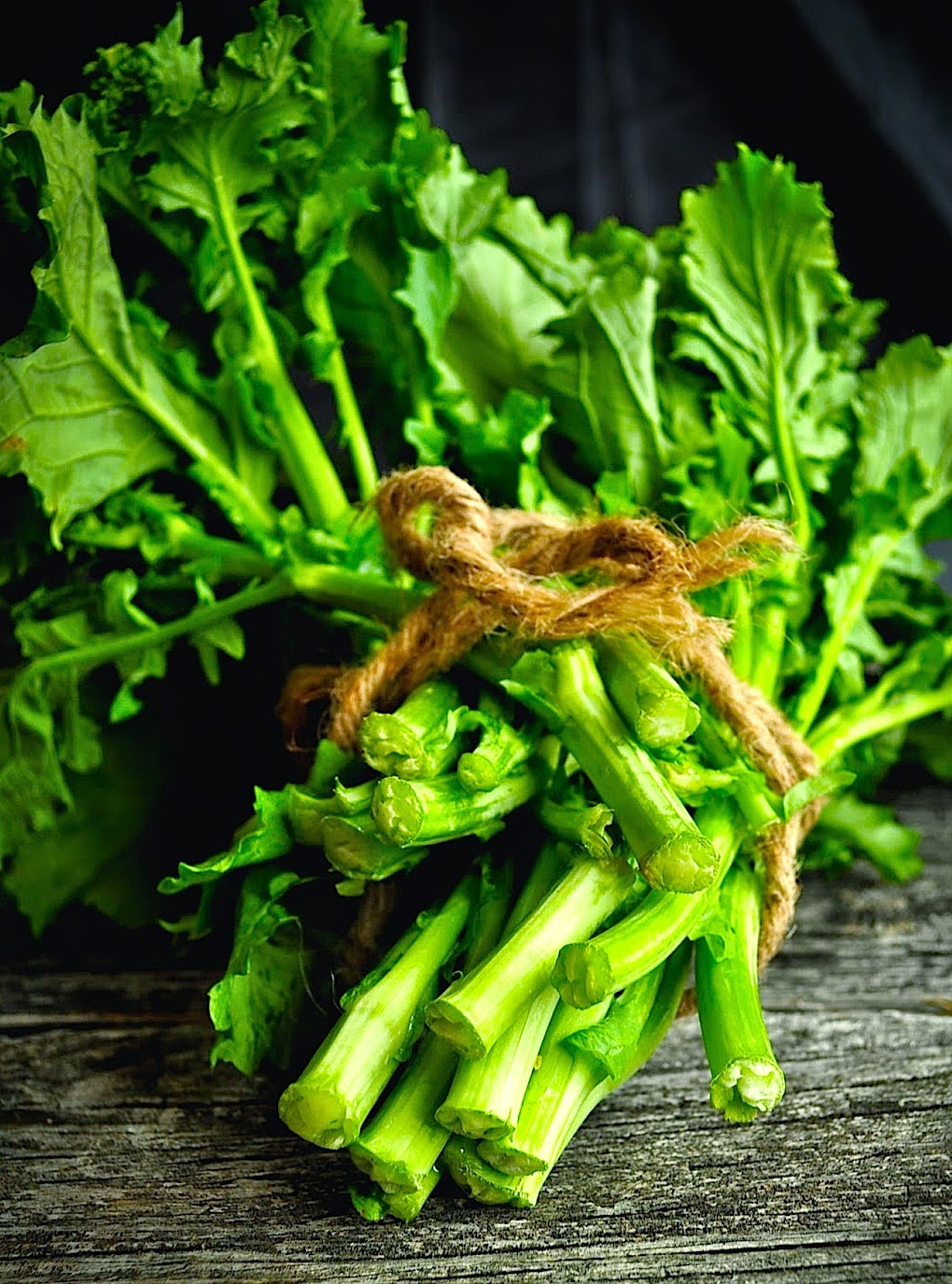 Broccoli Rabe
I was never a fan of Broccoli due
to Ethel's serving it in a limp and
mushy green mound. For a time
I lunched daily at Phil Stefano's in
Chicago. It was there that I first
discovered Orecchiette prepared
with Italian Sausage and Broccoli
Rabe dusted with Parmigiana. The
bitter bite of this green perfectly
complimented the savory meat.
It was love at first taste and since
then I order a side dish of Broccoli
Rabe whenever available! Mangia! 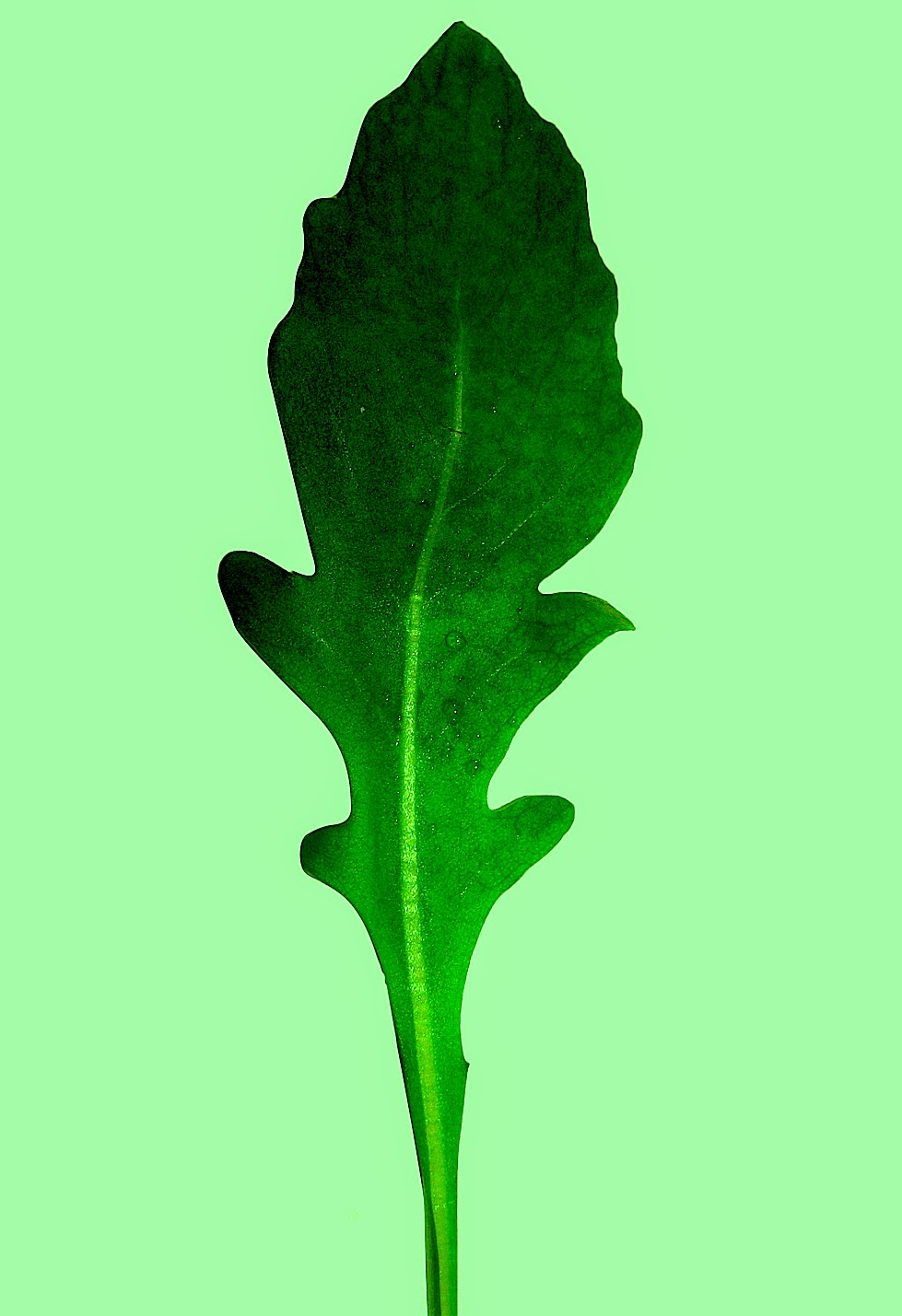 Arugula
Sometimes less is more. Could
anything be better than a salad
of Arugula simply dressed with
freshly squeezed lemon juice,
olive oil, sea salt, and ground
pepper? Possibly a heaped plate
of Arugula sautéed with garlic
in olive oil! There's a reason that
most cultures adore bitter greens.
They always compliment a meal.
The greeks call it "Horta." Call
it what you want, I will have a
second helping now... please! 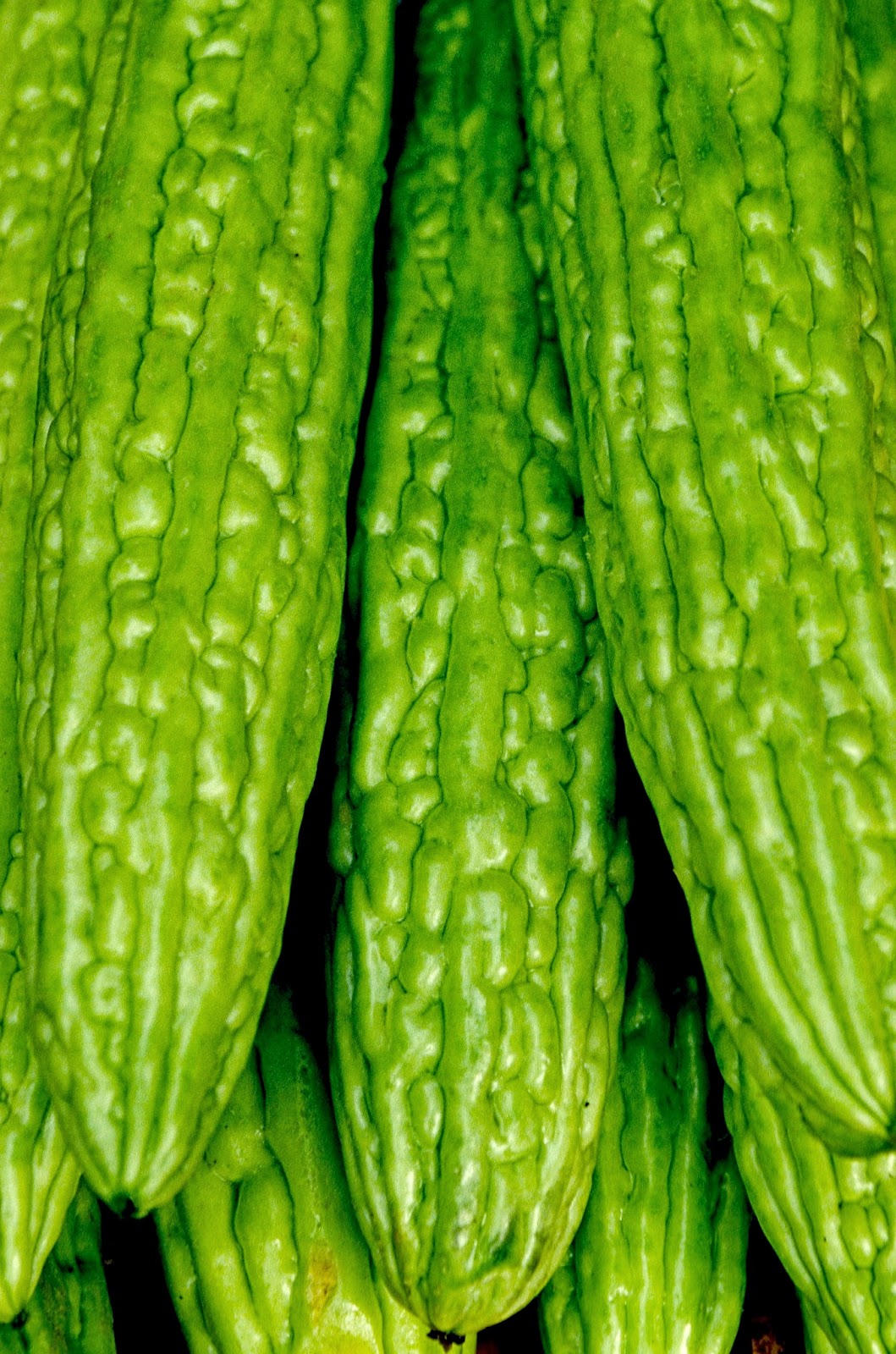 Bitter Melon
We first tried Bitter Melon in Chicago.
Initially the taste was more than odd.
Intensely bitter in nature, we found that
we craved it post introduction. Over the
years we became confirmed fans ready
to travel down to Chinatown weekly to
satiate our desires. Occasionally we'd
transport it back to Lewistown and ask
our local Chinese restaurant to prepare
it for us. We considered it was a rare
delicacy until I saw it on the shelf at our
local Albertsons. Seems somebody else
in town also likes the stuff. Is it you? 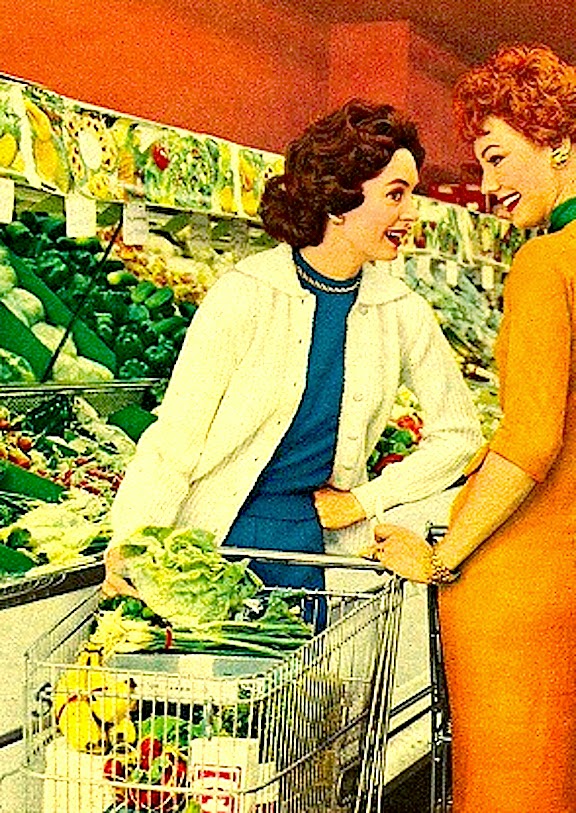 Put that in your cart
In the end it's all a matter of taste.
As our culture embraces variety,
suddenly what was once disdained
is now adored. I'm glad that almost
everyone else is becoming bitter.
Hopefully that means that soon we
can be more bitter more often here
in rural Montana. Time to put in a
request for Albertsons to also stock
Broccoli Rabe! No need to import
vegetables in your suitcase from
Manhattan! Finally civilization has
hit the provinces and we're bitter!
Posted by montanaroue at 4:00 AM