Suddenly it's all seems so... DULL 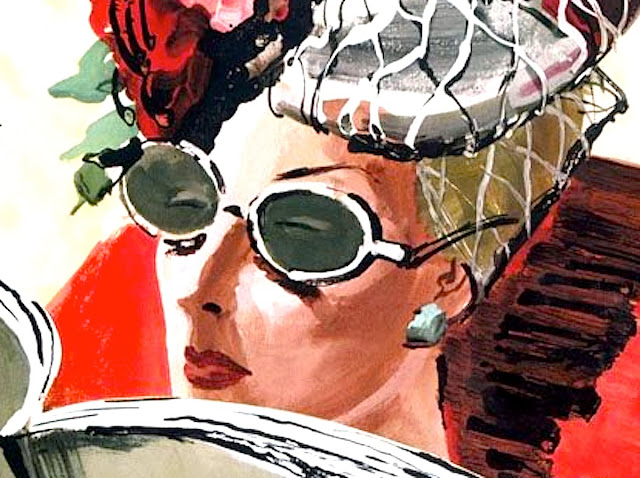 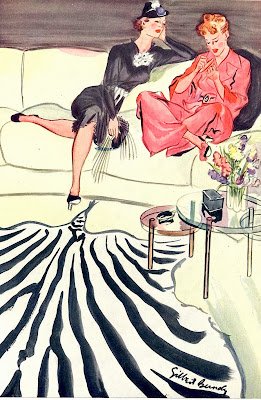 Are you as tired as I am?
Either I'm jaded or simply BORED.
As a denizen of this metropolis it may
seem that I have a myriad of amazing
entertainment options with which to
entertain myself. In fact, reality could
not be farther from fictional perception.
Wherever one resides, most become
apathetic after seeing the same things
day after day. Slowly one slips into a
coma of complacency where the only
thing that is exciting is escaping one's
milieu. Upon reflection, the world of my
jaded youth seems much more exciting. 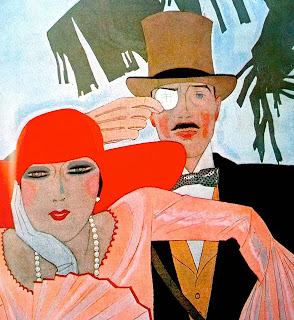 Days of yore
As I look back, people drank a hell
of a lot more in those days and so
maybe that was it. Everywhere you
went, a cloud of cigarette smoke
enveloped you. Looking at vintage
photos, those aged at what we now
consider "young" appear ancient in
comparison to modern boomers.
But if one looks closely... it seems
that maybe... they had more fun? 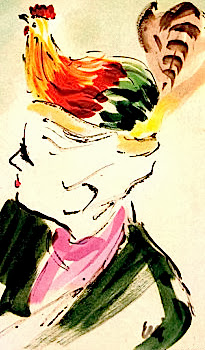 Brink of extinction
Where did all the good old characters go?
Certainly Lady Gaga is a sight to behold.
But compare her to Elsa Maxwell, Dali, or
Hermione Gingold... I could name dozens!
What I'm talking about are true eccentrics.
Individuals who live life over the top and
frankly don't give a damn. Often quite odd,
they add a zest to life that is so much better
than homogenized, easy to melt Velveeta.
While there are a few left in Manhattan,
slowly mediocrity is swallowing them up
into the pit of sameness. It's rare to find
someone who stands out from the herd. 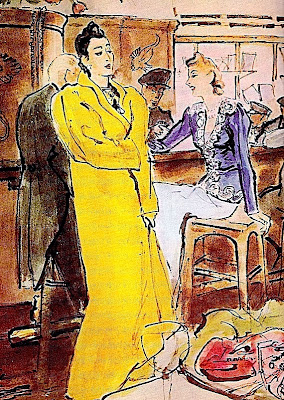 Ringside table
Frank and I recently dined a local spot. The meal was a total delight. However what was much more tasty were our table neighbors. The room was filled with complacent business men. The ladies were as scarce as size 34 waistbands. Then in walked a total broad straight out of Goodfellas with her older male companion. Within moments everything at her table was wrong. Her scotch was cold, the antipasto warm. Two words say it all - HIGH MAINTENANCE. 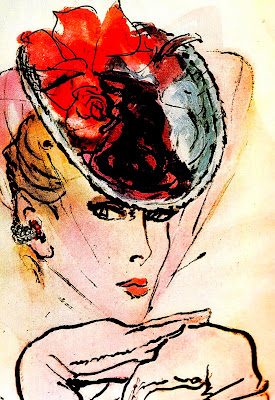 Doo or dare
Long and lanky, I'm sure that in her
day could work a room. However,
those days were long gone. From
her jet black dyed doo to her Qiana
slacks, she was "done" as in used
and abused. And yet... she had an
aura about her. Immediately she
assumed ownership of the room.
Elbows splayed across the linen,
she sat and sipped scotch while
giving the evil eye to all who dared
stare back. "Go ahead and try"
oozed from every pancaked pore. 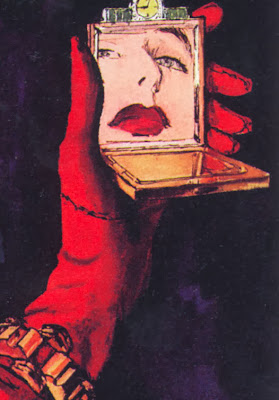 Fatal attraction
I dont' know why but broads often
zero in on queers. Given Frank and
I were the only two in the joint,
she quickly found us. Initially she
leaned back to overhear our chat.
A nod of her head indicated when
she agreed until finally she turned
to me with a raised palm and said
"HIGH FIVE". Quickly she invited
us to attend the fur outlet sale she
was staging down the block and
handed me her card. Upon reading
her name, I had an AHA moment! 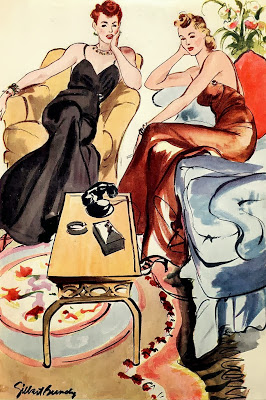 Over easy
You see, we'd crossed paths before.
The weekend prior, Frank and I went
to brunch. Nearby sat a pair of rather
"tough" ladies. Initially all was nice
until suddenly their chat erupted like
Vesuvius. As their poison filled the
room diners scrambled like eggs.
The "victim" called her protagonist...
ADRIANNE. A tough broad, Ms. A
was having none of it. She was a
mess and so was our ruined brunch.
So, a week later, what name did I
read on that card? ADRIANNE! 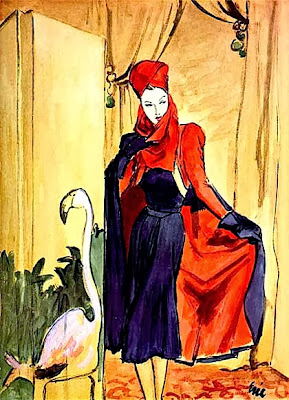 Freak show
This chance encounter is proof
that we live in a small world. As
important, it also confirms that
rare birds of paradise or prey
have escaped extinction thus far.
Gone are my worries that raven
haired divas from Astoria have
gone the way of the dinosaurs.
Recent encounters confirm that
at least one foul mouth mutant
has thus far survived. You just
need to find their natural habitat.
Hmm... where did I put her card?
Posted by montanaroue at 4:00 AM