Just what the doctor ordered... 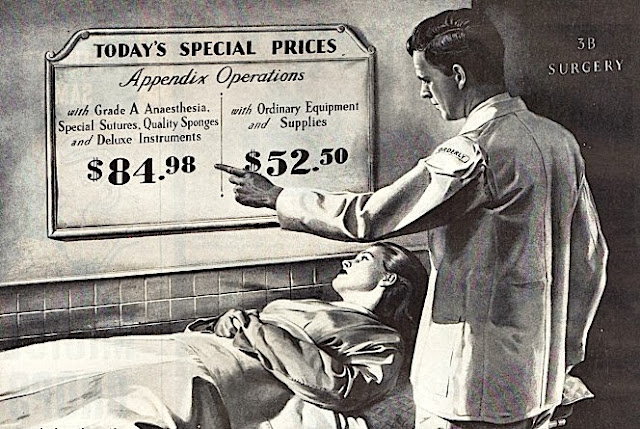 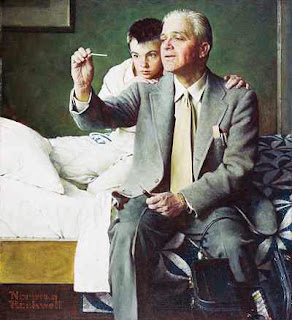 Intensive care
Given recent "Obamacare"furor,
I find myself dreaming of days
gone by. While not ancient, I
grew up in a kinder, gentler era.
Physicians were members of our
extended family. Trusted advisors
who sat at our bedside whenever
we were sick. Somewhere along
the way we lost our way and now
the patient is in critical condition. 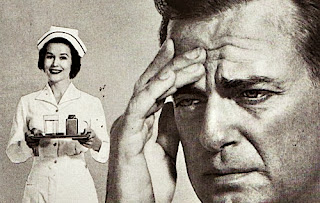 Medical emergency
Politics aside, without medical insurance you're dead. In the early nineties I tried to pay obscene medical bills due to poor insurance. Finally I gave up and filed for bankruptcy! 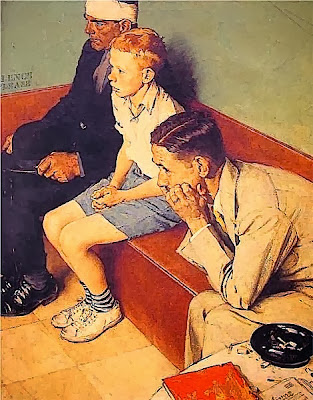 Pre existing condition
If it can happen to me, what
about those in much more
dire straights? Is health care
an innate right or an earned
privilege? Many argue for the
later but is that fair? In the old
days, your doctor knew you
and adjusted his fees accordingly.
Today's system is too large and
too strong to allow anomalies.
If you don't fit in, you're out.
Now many are afraid to get sick.
Has it always been that way? 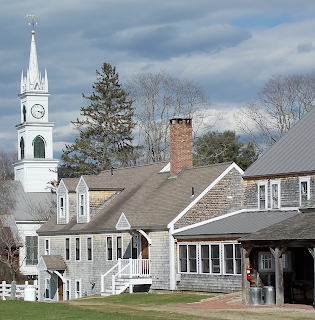 The doctor is in
In the late 1960s while spending
the summer in New England, my
mother fell ill. A friend referred
her to a doctor in Tamworth,
New Hampshire. A country doc
more reminiscent of a Rockwell
cover painting than Dr. Kildaire,
Dr. Edwin Crafts Remick was a
seasoned professional who later
became a beloved family friend. 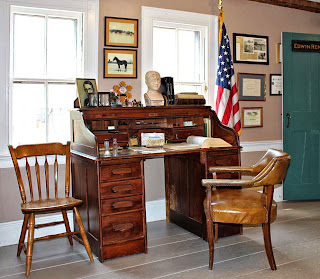 House call
A second generation physician,
Dr. Remick practiced out of his
circa 1808 farmstead. His office
was filled with equipment used
daily by he and his father for
over 100 years. Within minutes
this country doctor diagnosed
Ethel's ills plus a few others
missed by Park Avenue's best. 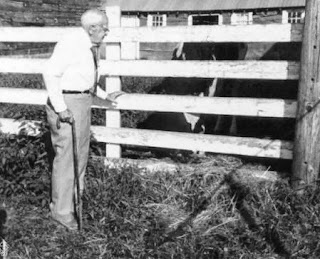 Second Opinion
For years after, my parents
made an annual pilgrimage to
Dr. Remick for their physicals.
Year round "Doc" was just a
phone call away for comfort,
advice, and unofficial diagnosis.
Never retiring, he died at age 89
shortly after taking a patient call.

Home remedy
Until her death Ethel lamented the loss of Dr. Remick and other "old fashioned doctors". While writing this blog I googled him. To my surprise his home is now a museum - find out more. My discovery brought me to tears! 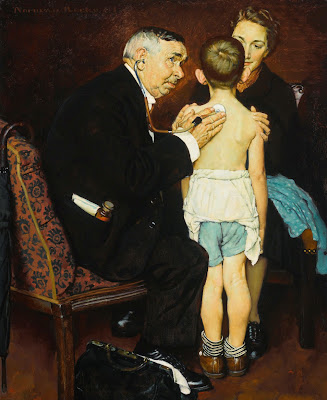 A shot in the arm
In the final years of his practice,
Dr. Remick charged $17.50 for
an office visit or house call. In
today's economy that's $28.32.
Equal to many co-pays, that's
well under the 2011 average of
$104 per fifteen minute visit
(source: American Medical
Association). While I'm not
very optimistic about anything
that comes out of Washington,
there has to be a better way.
Otherwise the patient is at risk.
Posted by montanaroue at 4:00 AM