Far above the maddening crowd 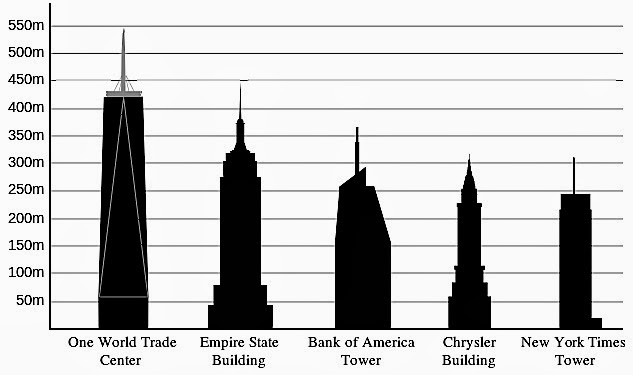 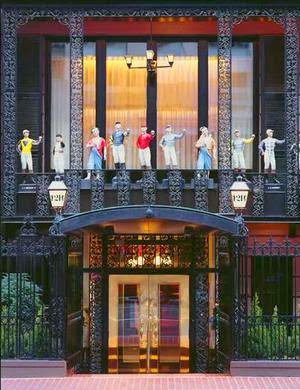 Comfort zone
Some things never change.
Saturday night we dined at 21.
I saw little difference from my
childhood memories including
most of the staff. Our guest
was "L" who was in town for
a conference. While we hadn't
seen each other for a year, it
seemed as if we'd never been
apart. The night flew by as we
shared drinks, memories and
laughter. God gives us gifts
and "L" is one of them. 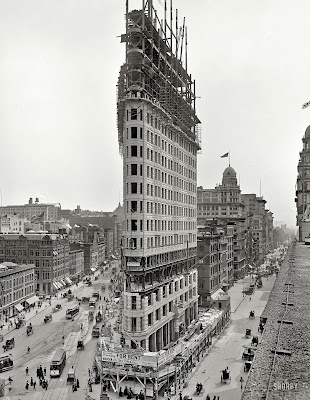 No place but up
New York is just as comfortable
however it's constantly changing.
Surrounded by water, available
space is limited. Hence the need
to build higher and higher. The
city of my youth is but a memory.
While many cherished landmarks
remain, others are now replaced
by monolithic modernity. These
new towers soar far above. While
the views from within may amaze,
these structures completely change
the city's scale at ground level. 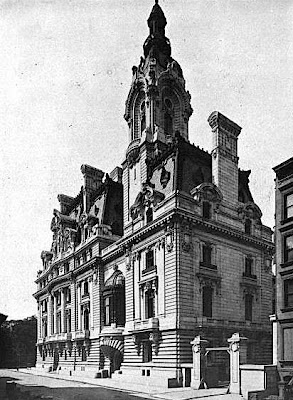 Ups and downs
This is not a new phenomena.
New Yorkers have always thrived
on erecting and then demolishing
structures, often within a brief span.
Senator W.A.Clark the Montana
copper king built this mansion on
Fifth at 77th in 1907. At a cost of
over $165 million in today's dollars,
the house was quickly deemed a
lemon. Built to last, the limestone
mound was demolished 20 years
later after his death. His heirs then
moved into a high rise apartment. 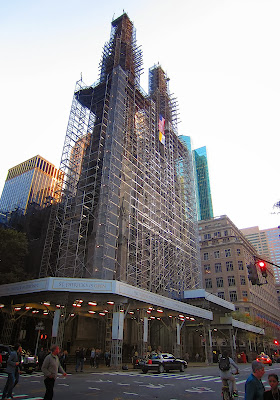 Under cover
Manhattanites are used to living in
construction zones. A city ordinance
requires an inspection of all building
facades every five years.  If repairs
are required, it can cost millions and
take years depending on the height
of the structure. Hence almost every
sidewalk is periodically covered by
scaffolding. While rather unattractive,
these temporary structures provide
shelter from the elements. Plus they
insure that nobody is hit by a slab
of cornice falling eighty stories. 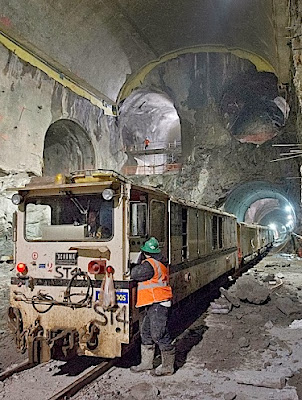 As the city gets more congested,
public transport becomes even
more important. So, even after
all these years the city continues
to build subways. By the end of
2016 the new Second Avenue
line should be completed. Our
street is a construction zone due
to a connector tunnel being dug
several stories beneath it. Living
twenty eight stories above it all,
one can forget that an army of
men are working far below! 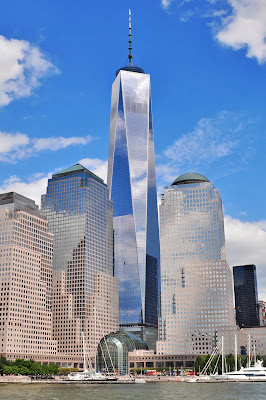 Above it all
One thing is certain, New Yorkers are
never happy. Recently pundits have
started to "dis" the almost complete
One World Trade Center. As it has
risen above the skyline, it's become a
symbol of how resilient this city truly
is. I don't yet have an opinion about
it's aesthetics. I've only seen it from
afar and have yet to journey down to
Ground Zero. All that I know is that
I'm thrilled that a gaping hole in our
city's heart is once again filled with
something to be proud of.
Posted by montanaroue at 4:00 AM