Come into the light... 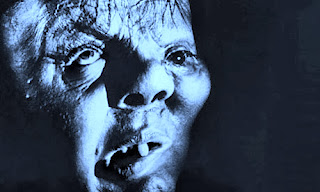 Turn it down
At this point in my life I've figured out one thing, it's all about the lighting. One errant, misdirected spot or a bum bulb can suddenly transform one into Quasimodo (or Regis Philburn)! 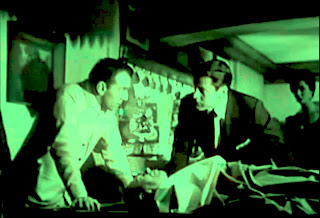 Set the tone
Proper lighting is everything. It simply makes us all look better. And yet in today's world of "environmentally friendly" light bulbs, it seems as if we're all turning green... the wrong kind of green... the color GREEN! 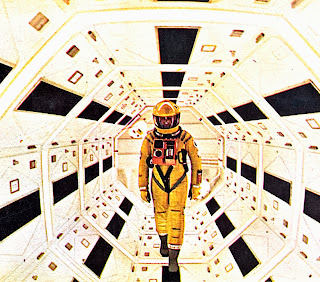 Throw some shade
There is nothing worse than
harsh lighting to ruin one's
self perception. As we age,
putting on lipstick is akin
to performing surgery. That
said, why must public venues
light with an intensity equal
to that of an operating room?
Please turn down the volume! 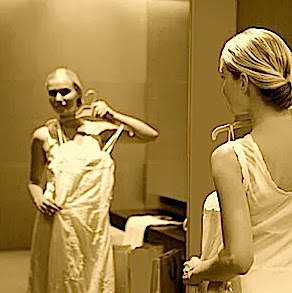 Adjust as needed
Some of the worst lighting is in
a place where it couldn't be more
important. Two words say it all,
"Dressing Room". For whatever
reason retailers have decided it's
virtually impossible to properly
illuminate the space where one
gives a frock a trial run. Instead
they cram us in cubicles where
sallow is the shade of the season. 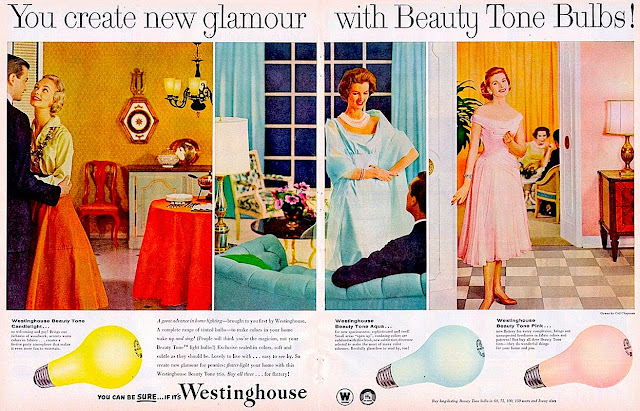 Go with the glow
It shouldn't be that hard to look good. While one
may ask "when is somebody going to figure this
out?" the fact is they already did... YEARS AGO.
Modifying and controlling the tone and intensity
of lighting makes us all look better! When we made
the transition from flickering gas light to electricity,
people did everything they could to soften the blow.
By the 50's Westinghouse introduced Beauty Tone
bulbs with a different glow for every mood. Each
designed to enhance rather than attack the room. 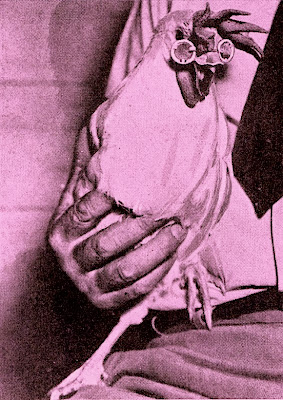 La vie en rose
Many years ago I discovered pink
bulbs and honey, they are a gift
from God! Everybody looks good
in this soothing tone. More important
it's proven to calm the savage beast.
In the thirties scientists had several
aggressive roosters don rose colored
glasses. Not only did they appear
chic, their demeanor became much
calmer, gentler, and docile. Wonder
how quickly we can ship some rosy
Ray Bans to calm that gaggle of wild
"cocks" in Washington DC?! 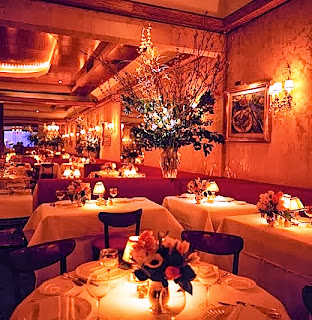 Peachy keen
Tonight is a special evening with a special someone. I plan to trot him out at Le Grenouille where he will be bathed in peach splendor. The clientele is very rich and a tad older. Why? Lighting! Sitting on a banquette awash in the amber glow makes one suddenly as young and dew kissed as a dainty ingenue. 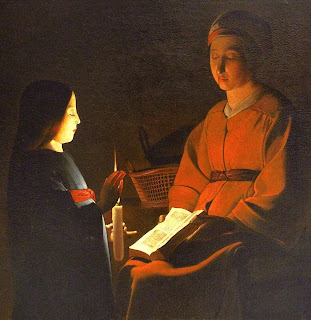 Up to snuff
Finally I must end my lighting lecture with the other gift God invented,  DIMMERS. Nothing makes my heart beat quicker like a row of rheostats! Modulating and moderating the intensity of light tends to make everything look better. Controlling your candle power is guaranteed to take years off instantaneously!