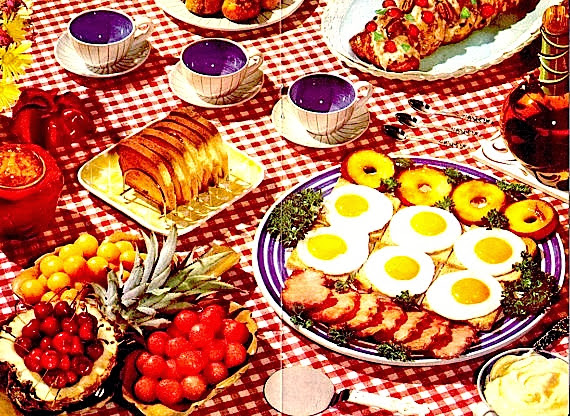 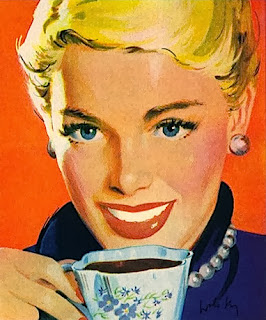 Wake up call
My mother was up early almost every morning. A devoted spouse, she would send Dad off to the bank. In reality she was NOT a morning person. Every dawning day Ethel wandered the house bumping into the walls once Dad finally left the house. Even on occasion crawling back into bed. Breakfast was not important to Mother. However her pot of dark black coffee was cherished. 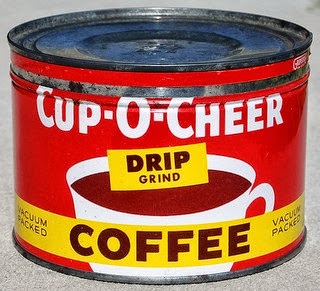 Morning drill
I don't do breakfast. Well... at least not during the week. I tend to be an early riser. However like Ethel that doesn't mean I'm fully functional until after several cups of java. Weekdays I have no need breakfast. Yet oddly, come Saturday, I crave nothing more than going out for breakfast! 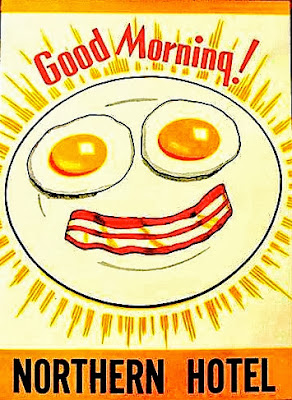 Sunrise special
Frankly it wasn't until later in life
that I finally discovered the unique
and decadent pleasure of going out
for breakfast. There's nothing more
special than getting up early on a
weekend morning to have someone
else cook for you! From the moment
one enters your favorite cafe, the
savory scent of bacon mixed with
coffee greets you. The best spots
are the most crowded and nothing
validates a morning venue more
than a crowd waiting in a long line! 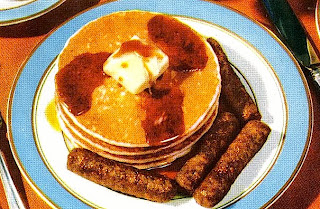 The Empire strikes
In Lewistown we tend to hit the Empire Cafe for morning grub. While the atmosphere is not posh, the food is great and the service like family. Most important, NO dishes to wash! 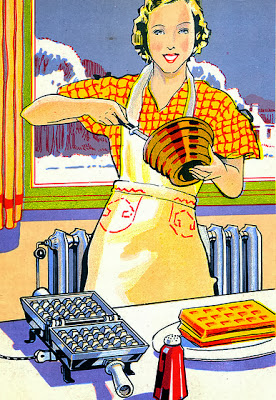 Off the grid
I first discovered waffles at the 1964 Worlds Fair. Big, fluffy Belgian Waffles! Growing up the waffle iron was occasionally pulled out as a special treat. However like most things Mother served, they were resembled a square of cardboard covered with syrup! Later on as a divorced father of four I did my best to perfect the art of home made waffles. It's quite an arduous task as the recipe requires beating egg whites before you've fully awakened! L'ego my eggo! 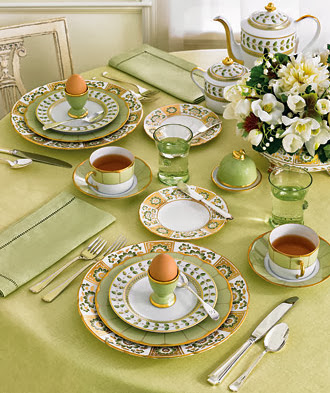 Table d'hote
As an adult, there's nothing
I adore more than a posh
hotel breakfast. Somehow
having your toast presented
in a crisp linen envelope
starts one's morning off right.
Today I'm meeting my former
work wife "L" at the St. Regis.
I can't think of a better way to
spend my morning than with
a beloved friend. I'm certain
that we'll solve the problems
of the world before ten a.m.!
Posted by montanaroue at 5:33 AM