From yesterday's "do's" to  today's "don'ts"...
For many years I had my hair cut at a posh salon.
Don't ask me why but for some reason I thought it was important.

At least every six weeks I went and paid $200 (including tips) for a coif.
My stylist was from London and as he worked he would snip, snap, and tap!
$200 a pop seemed almost worth it just to see the floor show! 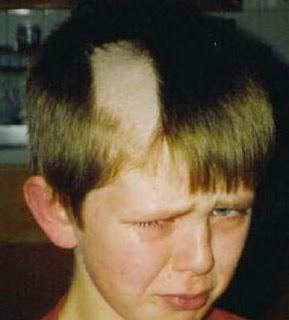 One long summer in Lewistown,
my hair grew much too long.
So... I decided to trim it myself
with a pair of electric clippers.
Friends, NOBODY should ever
attempt to shear their own locks.
Less than two minutes into my
do-it-yourself coiffure, disaster
struck. My son took one look
at me and said

At that moment I knew that I desperately needed professional help.
But... it was a long drive to New York and something had to be done NOW!
So I put on my cowboy hat and went down to the Post Office Barber Shop. 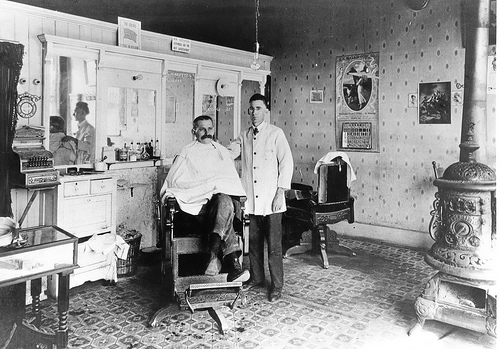 Can you fit me in?
Our barber (since retired) was known to have hours that were sporadic at best.
If the fishing was good, or if it was hunting season, he opened late,
closed early, or simply never showed up. Fortunately he was there that day. 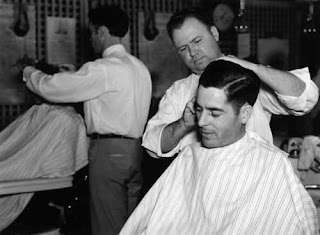 I walked in, sat in the chair,
and took off my hat. You have
never heard such laughter in
your life. I humbly recounted
what had transpired. He said
"I've seen worse." and then
quickly and expertly repaired
my challenged cranium.
All for $12. 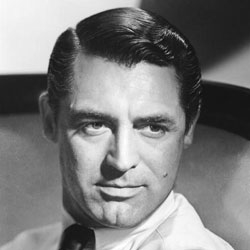 A trim, some talcum, and pomade can
transform any guy into Cary Grant.
Two weeks later, back in New York,
everyone loved my new haircut.
For just $12, I got ten times the
kudos that $200 used to garner.

Never again would I spend
more than $20 on a cut. 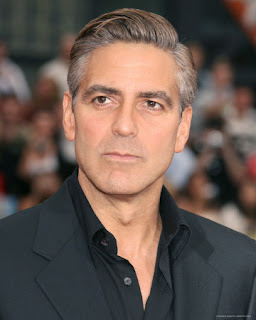 There is power in a classic haircut.
But when it goes bad...
nothing could be worse!
Case in point -
George Clooney.

Nobody is going to argue
that he is one good looking dude.
But trends can force one to do
awful things. And when it comes
to hair, it seems that Mr. Clooney
may have done it all. 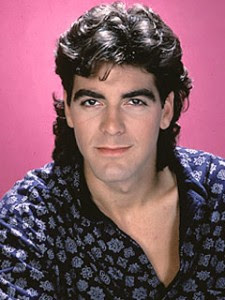 Party in the back!

Obviously, Billy Ray Cyrus
didn't have nuthin compared
to our gorgeous George.
Yes, that's a Mullet.
And I could swear that there
was also some Jhericurl involved!
Something is definitely off.
And while I'm pretty sure
it's the cut, that shirt may also
be part of the problem! 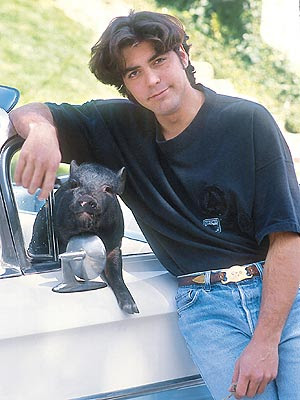 We all wore a version of this look.
I don't know why having our hair
cut to look like a bicycle helmet
was ever even slightly cool.

Did you see Max?
George was obviously a trend whore. Otherwise why would he be the proud owner of the 90's pet du jour. For 18 years George talked about his porcine love. Suddenly George is not as sexy as I thought he was. 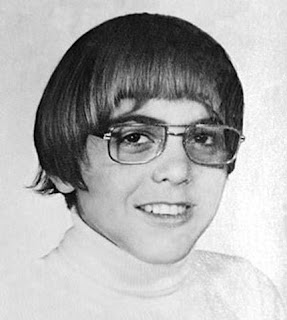 Sorry, but I had to revisit this amazing photograph. It's concrete proof that we all go through an awkward stage.  What is amazing to me is that Mr. Clooney actually survived it looking like this!

The above proves that it's all about the cut.  When it's right it's right. But when it's wrong,

even a handsome movie star can look like a fool. 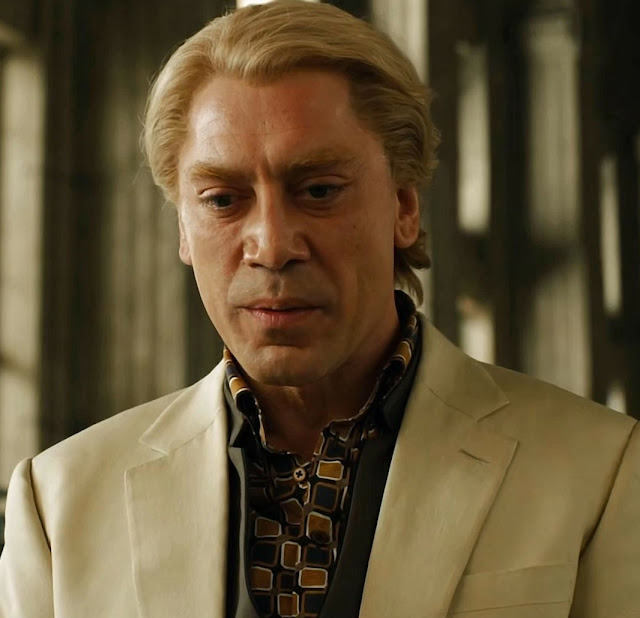 Posted by montanaroue at 7:33 AM