DID YOU SEE THAT? 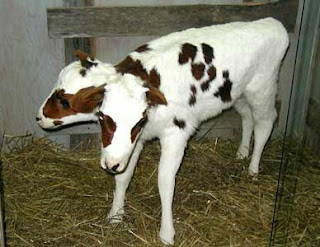 In an agricultural community,
oddities are everywhere.

From two headed calves,
to two legged horses,
to headless chickens,
we've seen it all.

Then, just when you think
you have seen everything,

suddenly something comes along that simply amazes.

A few months ago, Frank and I were on our way to Billings.
Along the 127 mile route we pass through two towns and not much else.
So, we decided to be smart and gas up in Roundup, population 1,853.


Frankly there isn't much to see or do in Roundup. Other than coal mining, ranching, or taking care of business at the Musselshell County Courthouse.

At least that's what
I thought until... 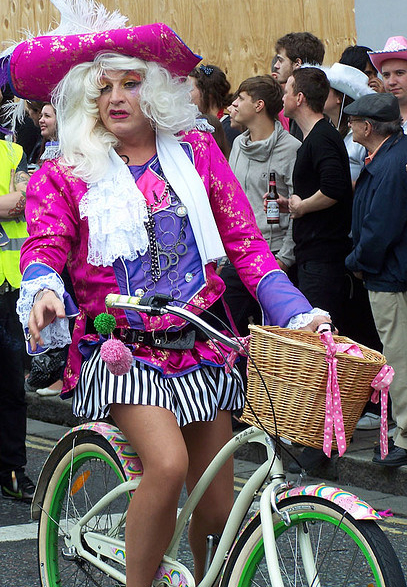 Suddenly a vision
appeared across from
us on Main Street.

A very large "woman",
wearing an even larger hat,
was perched upon a
very small bicycle.

As she rode towards
us, we quickly
realized that she
was actually a "he".

Please note:
While the image to our right is not an actual representation, it's pretty damned close to reality!


And you thought Pricilla was the queen of the desert?!

Quickly our colorful friend got off her bike, sauntered into the
convenience store, made several purchases, and then rode off into the sunset.

And nobody seemed to notice.

That's what is so magical about the west. It's still home to the pioneer spirit.
One of the few places left where you can set your own rules and boundaries.
Truly a wide open range where the deer, antelope, and... drag queens play.

Where seldom is heard, a discouraging word.

There's a lesson from that day in Roundup for everybody, even New Yorkers.
Everyday in Times Square the pioneer spirit lives on.
Just ask the Naked Cowboy... 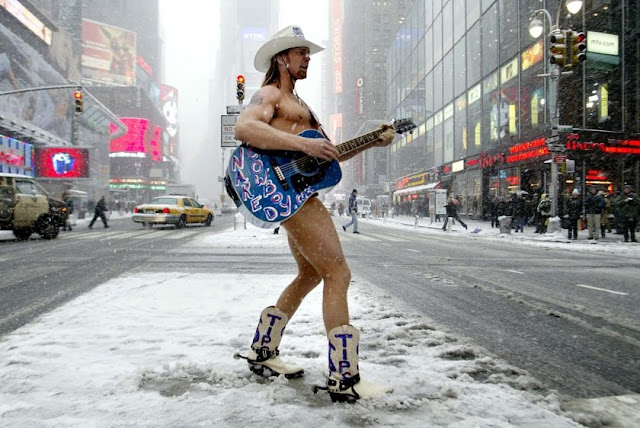 Posted by montanaroue at 6:44 AM