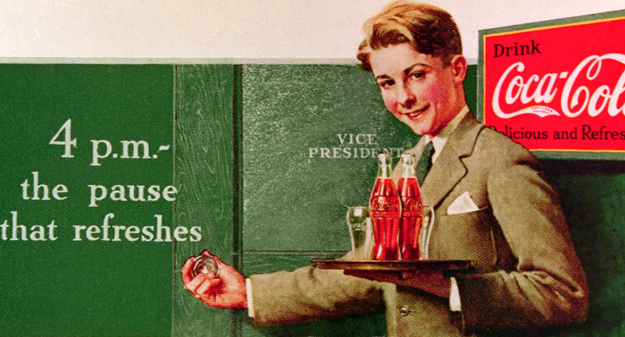 REDRUM
My first real job was as a "Boy Friday" in the Creative Department at
Macmillan Publishing on Third. That summer I met a lot of "broads".
Tough gals who did not mince words, show roots, nor avoid lipstick! 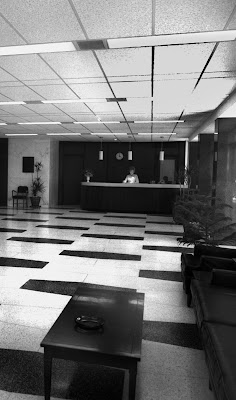 My primary responsibility was running
out for coffee, cigarettes, sandwiches,
or newspapers. In addition I got stuck
doing the dirty work like organizing the
storage room. A vast cave filled with art,
illustrations, and "mechanicals",  that job
took weeks to complete.

My favorite task was making photo
copies of massive manuscripts. That's
because I had to go down to the fourth
floor Copy Center. And that meant that
I got to hang out with 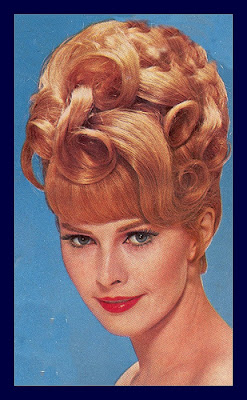 Before sitting behind a desk, Ronni had danced at the Copa. Standing at over six feet and weighing 100 pounds at most, she was a glorious sight. Most amazing was her towering two foot topper of brilliant red curls. God, what a vision!
Ronni greeted guests in her cigarette laden Bronx Honk all day long. If she liked you, you might also hear a great story or song. But if she really liked you... Ronni would demonstrate one of her old Copa dance routines.

All as you waited for an elevator. 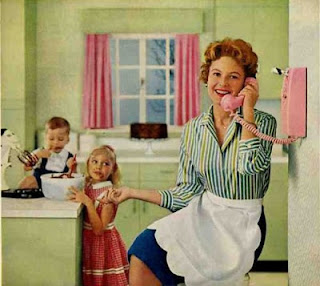 Invariably the majority of red heads I have met were broads. For some reason, when they walk into a room, they own it.

My ex wife had a flamed topped Aunt named Dee. Considered a "smart cookie", she was also a bookie.  That meant that Dee always had to sit closest to the phone during holiday dinners.

What is it about carrot tops?
Throughout history we have adored and feared them. From Mary Queen of Scots, to Margert Sanger, to Lucille Ball, and finally to the ultimate red head, Joan Crawford.

Have you ever seen Jean Negulesco's classic The Best Of Everything?  This 1959 chick flick is all about "girls who don't marry at 20" surviving "the female jungle".  And who better to play Amanda Farrow, one of the big screens most bitter broads than Joan?
This one line sums it all up...

"You and your rabbit faced wife can both go to hell!" 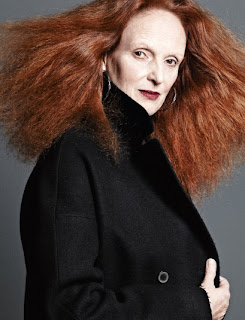 Don't get me wrong. Broads can be incredibly chic and charming.  Grace Coddington comes to mind. She's been there... done that... but still seems sweet.

Finally we come to my dear friend "H".
A vivacious auburn vixen, she recently disagreed with an opinion I shared on this blog. Cautiously we worked through our differences via carefully crafted e-mails. And thankfully "H" continues to be a beloved part of my life.

Because I love you, this one is for you BIG RED! 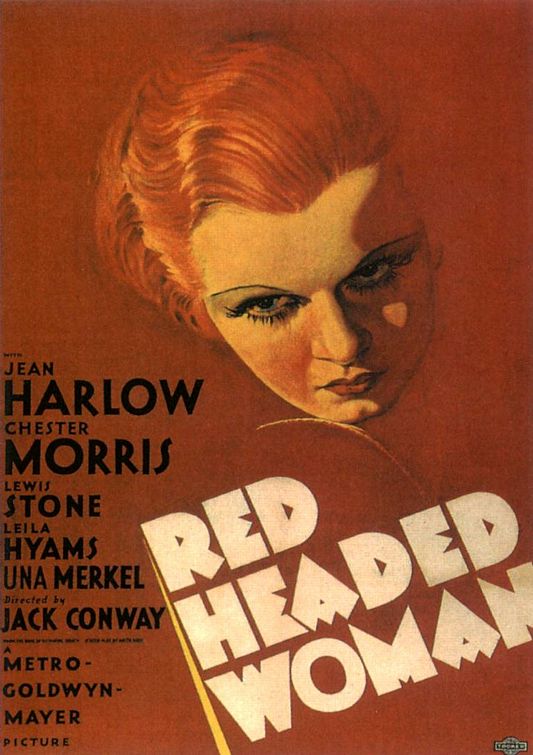 Posted by montanaroue at 7:36 AM