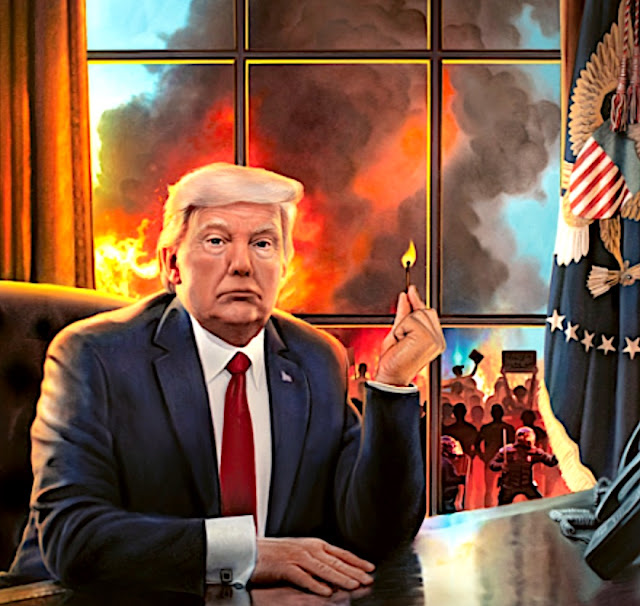 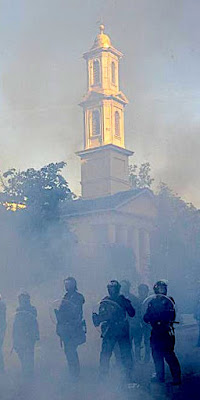 Smoke and mirrors
As racial inequity protests continue across this
nation I'm filled with questions, angst, concern,
and oddly... hope. Somehow many Americans
are able to leap across racial divides and join
together. Even as others foment hatred as they
battle to protect the status quo. Our President
suggests that he is the "law and order" leader.
Reveling in the idea that troops "cut through
the crowd like butter" as they cleared Lafayette
Square for his photo op. Rather than embrace
the change sweeping this country he assumes
a combative stance. All because he thinks that
division will insure his reelection. At all costs. 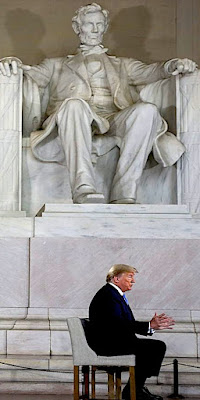 The best of everything
All of which has me wondering. Have we hit
the point of no return? Or instead reached a
breakthrough moment in time? One where we
are finally span America's great divide? Are
we ready to explore systemic solutions that
will ultimately heal America's deepest wounds?
While change gains momentum, one barrier
stands in our way. Donald Trump is unwilling
to evolve. Instead he maintains a delusional
stance. One where he still claims "I've done
more for the black community than any other
President. But let's take a pass on Lincoln.
Who did a pretty good job." Unbelievable... 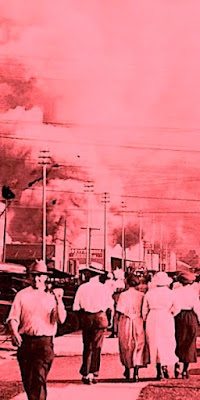 Fire starter
Pathological liars live in a fantasy world. False
pretenses with one purpose which is to deceive.
Caught in a lie, the smartest of prevaricators
just can't stop. Which is the only way to explain
why he considered holding a campaign rally in
Tulsa on Juneteenth. Freedom Day recognizing
the final emancipation U.S. slaves in 1865. At
the last minute based on "advice" he moved the
event one day.But why Tulsa? Where in June
1921.white rioters killed 300 blacks. Burning
down their neighborhood. Which left 10,000
African Americans homeless. Coincidence?!
Or unfettered disregard for historical context. 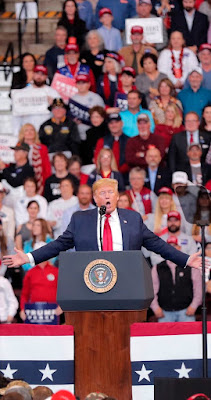 Divide or conquer?
Is said disregard a stroke of genius? Or proof
of a megalomaniac's disconnect from reality?
What does Donald Trump hope to achieve by
grandstanding on the site of the worst racial
crime in our history? And why now when
America needs to HEAL. An errant attempt
o "fix" our racial divide? Or pour political
poison upon the pyre of our collective grief?
Whatever his intent, such actions are reckless
in times like these. Coronavirus risks aside,
his rallying cry will at best raise the ire on all
sides. And if it blows up as planned, further
damage the core of our democratic republic?
Posted by montanaroue at 4:00 AM