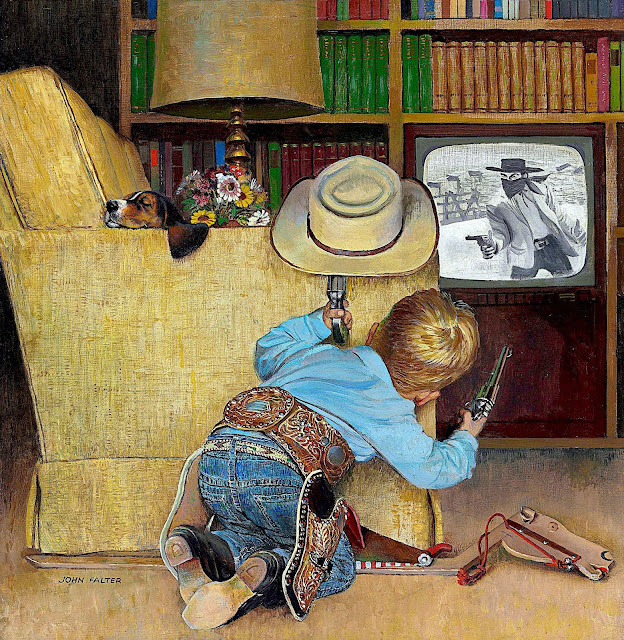 Father's day
As a boy, Saturdays were special. Or at least
different from the other six days of the week.
In part because Dad spent this day at home
- not the office. Rather than disappear early
and return late Howard slept in. Instead of
donning a suit Father rattled about the house
in mismatched castoffs. Most important once
he was up he gave Mother the morning "off".
Making bacon and eggs along with a mess in
the kitchen. All as I sat glued to the boob tube
watching a never ending lineup of cartoons.
Including my favorite, Bugs Bunny. Those
were the days... and Saturdays were the best. 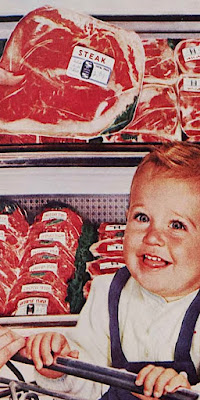 Routine violations
Every Saturday night my paternal grandmother
joined us for dinner. Bringing a heavy package
of steaks from my father's favorite butcher. And
a requisite Horn & Hardart coconut custard pie.
Again Dad's "favorite". However over the years
said treats became routine violations. Yet dear
Margretta was a creature of habit. So our only
out was to dine out. Which finally put a stop to
her delivering said goods (or bads). Meanwhile
it was obvious that my mother barely tolerated
her mother-in-law. And visa versa. Thus those
two put on quite a weekly show. Who needed
TV given their Saturday night special was live! 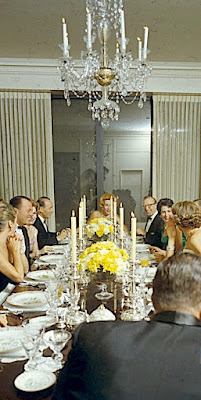 Saturday night special
My children's Saturday memories differ. In
that their mother and I socialized with friends
most Saturday nights. Leaving our offspring
with a baby sitter and pizza delivery. Other
Saturday nights we hosted a crowd at home
for cocktails or dinner. No wonder that my
eldest daughter's Saturday memories are of
her father running errands. Or ironing linens
before the TV, setting an elegant table, and
arranging flowers. And by the next morning
suffering the consequences of too much of a
good thing. Thus even today each Saturday
insures that every Sunday is my day of rest.
Posted by montanaroue at 4:00 AM