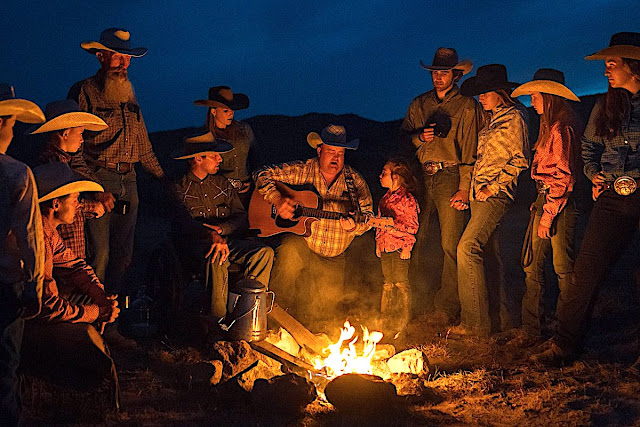 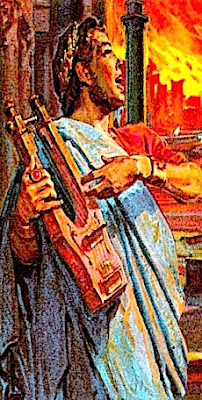 No strings attached
Historic lore suggests that Nero fiddled while
Rome burned. Today Donald Trump tweets as
cities across this great nation are engulfed in
a conflagration of angst, anguish, and anger.
Confronted with insurmountable challenges it
is all too easy to opt out. Which is why many
are doing anything but facing reality. Here in
central Montana we live in a bubble. A quite
isolated oasis. Therefore few locals understand
the legacy of racial inequity that fuels protests
in our major cities. Said ignorance isn't driven
by prejudice. But because we're removed from
it all. And by the way...  predominantly white. 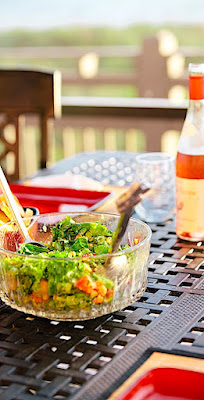 Salad days
Confronted by a week of riots, protests, and
mania - those who can... don't.. because they
can. When able to avoid the inevitable our
coping mechanisms kick in. Yesterday Frank
and I escaped to our family cabin up in the
mountains. No news, cell service, nor harsh
reminders. Post nights of fear dear friends in
Minneapolis ran away. To their garden terrace.
Where they enjoyed a quiet evening at home
with the TV turned off. Less than four miles
from where George Floyd was killed. And
can you blame us? What can anybody do to
fix a problem so very deep-rooted and wrong?! 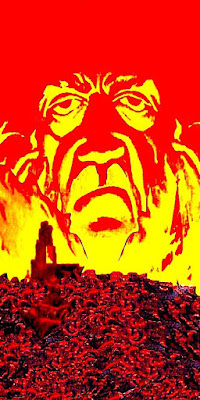 The enemy within
We do what we have to. Some hit the streets
to protest what can only be named murder.
While others barbecue. However one opts
to deal with life it goes on. Hence things will
return to "normal". Even for those who now
actively engage in fighting said wrongs. The
problem is that hate and prejudice are cancer.
They silently destroy and kill us. Even as we
actively attempt to ignore them. The best way
to end said pain is to take aggressive measures.
To actively engage in fighting what threatens
our freedom. Eradicating the poison. And then
facilitating healing post triage. Not give up... 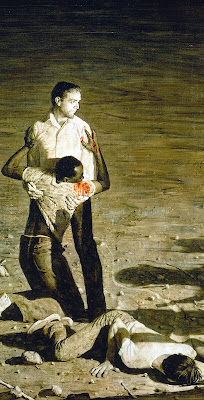 Before it's too late
While many contemplate escape, we cannot
ignore the crisis at hand. Whether we like it
or not - centuries of prejudice and hate skew
our American dream towards a privileged
few. Some able to live freely while others
fear retribution on a daily basis. Somehow
we must face reality and end the tyranny of
unfair advantage. All American's liberty and
freedom lies in jeopardy as long as racial
bias and inequity festers unchecked. Our
crimes against humanity must be confronted,
accepted, and ended. Otherwise ALL of our
dreams will end up in ashes.
Posted by montanaroue at 4:00 AM