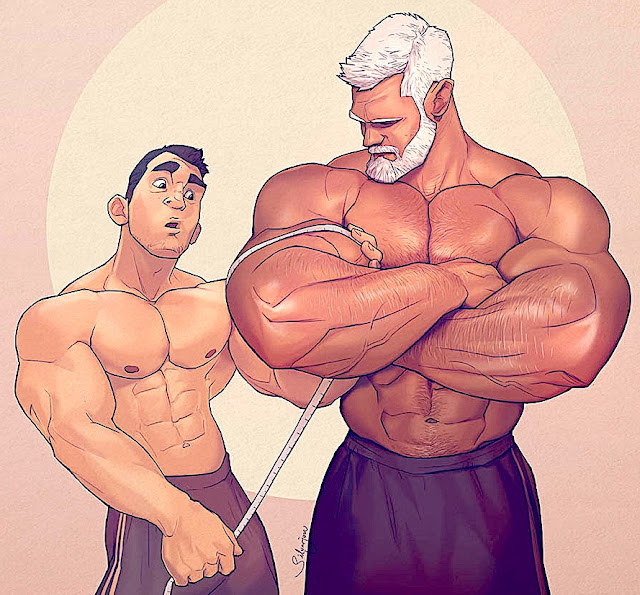 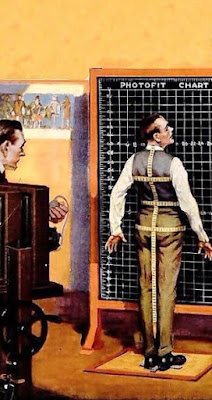 The measure of a man...
OK... I'll admit it. I'm spatially challenged.
Some folks can size things up at face value.
Whereas my measure of anything could be
half of what it is or double the size. Which
is why I always try to keep a tape measure
at hand. A confirmed home-a-holic, there's
always something new to procure. Yet all
too often perception is not reality. Many is
the time I've ordered something seemingly
HUGE on-line. Only to receive a wee bit
best suited for a doll house. Therefore I
now measure select, then then finally buy.
After YEARS of rarely measuring up. 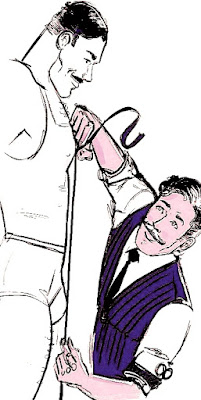 Size matters
I also suffer from the same disconnection in
relationship to numbers. Those who know me
well assume whatever I tally rarely adds up.
It's not that I purposefully misrepresent said
sum total. But rather that it's better to trust a
calculator than a decorator. Which has to be
why God created accountants, bean counters,
bankers, and contractors. I've learned that
some things are best left to EXPERTS. Each
of whom have their own innate talents. Thus
while some struggle with choosing a room's
color scheme, others are skilled at keeping
the I.R.S. at bay. To each... their own... 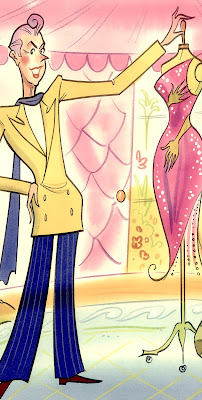 Natural selection
It's best to stick with what comes naturally.
Or better yet do what's necessary to enhance
and maximize one's unique talents. While in
theory we should all be able to multi-task -
in reality trying to accomplish the impossible
is a waste of time. So rather than attempting
to swim upstream, go with the flow. Which
means we all should celebrate and treasure
our individual boundaries. Few benefit from
trying to adhere to another's stereotypes. All
the reason that I'm in awe of my children's
generation. Whether we spoiled them or not
they are who they are. And proudly so. 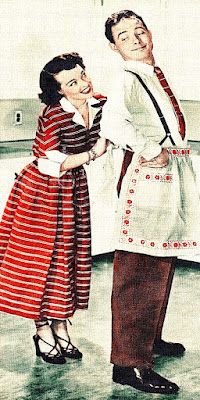 Anything goes
Nowadays a man bun is perfectly acceptable.
As are house husbands and dads who change
diapers. Few younger folks think anything
about a male referring to another man as his
husband. By and large our world has changed
for the better. Part of that is our ever evolving
perspective on who does what. Fortunately
our offspring have taken us to a better place.
One which in theory sees no color, assumes
boys and girls are equals, and easily adapts
to change. Sadly it's we old folks who drag
them down by assuming that going back is
the only way to make America great again. 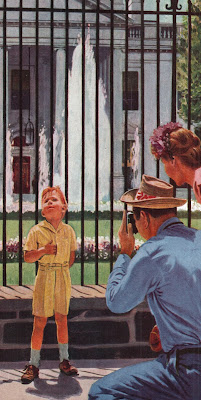 Next please...
At some point we must let go and allow those
younger and wiser to assume responsibility.
Doing so doesn't mean one has to move into
assisted living. Rather it affords our kids the
opportunity to drive OUR collective future.
And take America to a much greater place.
Change is inevitable. Which is why I'm rather
excited about the 2020 Presidential Election.
Something tells me it will be full of surprises.
Mostly because the "kids" have learned that
the status quo is NO longer relevant. Nor is
allowing a disenfranchised minority to choose
their leader. I can't wait to see what they do...
Posted by montanaroue at 4:00 AM