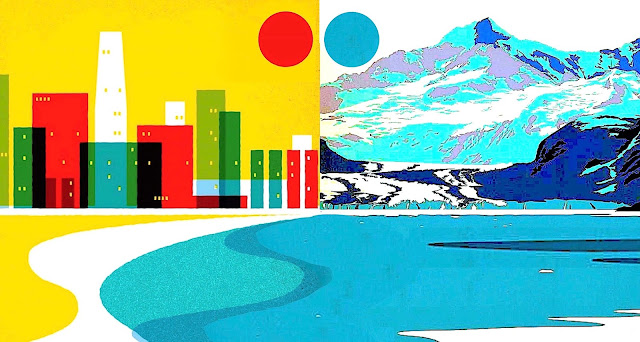 Running hot or cold?
Isn't it fun how things can suddenly change for
the better... or worse? For the last several days
the thermometer here in central Montana hasn't
risen above the mid NEGATIVE single digits.
Causing all of us to hunker down and literally
chill. Early this morning depending where you
were in Fergus County your day started within
a range of minus thirty to ten below. Then the
sun came out and by 2 p.m. it was a balmy nine
degrees above. And suddenly, it seemed to be
almost shorts weather. Hence a forty degree
shift in our favor. And at least for us that rise
from Siberian depths made a big difference. 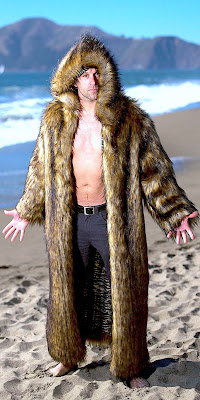 Either here or there
Yesterday I chatted with somebody in Houston.
Here it was minus eleven. There it was seventy
two. Thus she had an 83 degree advantage over
me. A friend is down in Saint Petersburg Florida
reports most days hit the mid seventies. And yet
some bundle up to walk the beach each morning
given from their perspective "it's cold." Some of
us argue that no matter the circumstances others
are never happy. However I prefer to embrace a
theory of relativity. Which is that everything in
life is relative to time, place, ways, and means.
Therefore whatever, whenever, and however do
play invaluable roles in establishing our context. 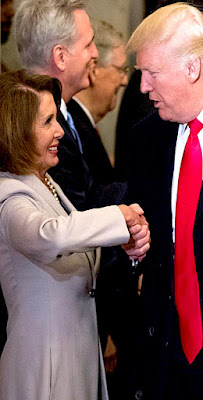 Deja vu
We all want what we don't have. Which means
that our individual happiness depends on rather
capricious circumstances. Ultimately the only
thing that most of us can rely on is an inability
to control factors beyond our control. Which
is why we tend to pay close attention to the
weather and politics. Post the recent midterm
elections the tide turned. Causing Mr. Trump
and his party to be consumed by a tsunami of
what the President deems partisan retaliation.
However others prefer to see a Congressional
deep dive into formerly taboo territory as their
moral responsibility. Being their job to do so. 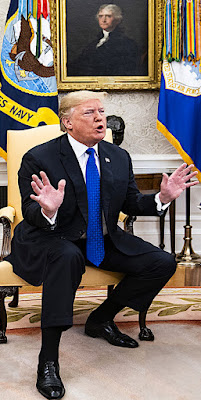 Wake up fall
It's easy to be lulled into a sense of complacency
by the status quo. However little could be more
dangerous than assuming nothing ever changes.
In order to survive our ever changing paradigm
one must be facile. Willing and able to embrace
evolution. Accepting the harsh reality that what
goes around inevitably does comes around. All
proof that we actually do have control of our
individual destinies. Assuming we reap what
we sow its' best to live by the golden rule than
within a gold encrusted bubble high above the
rest. Good or bad - where you end up depends
depends on YOU alone. NOT Nancy Pelosi.
Posted by montanaroue at 4:00 AM