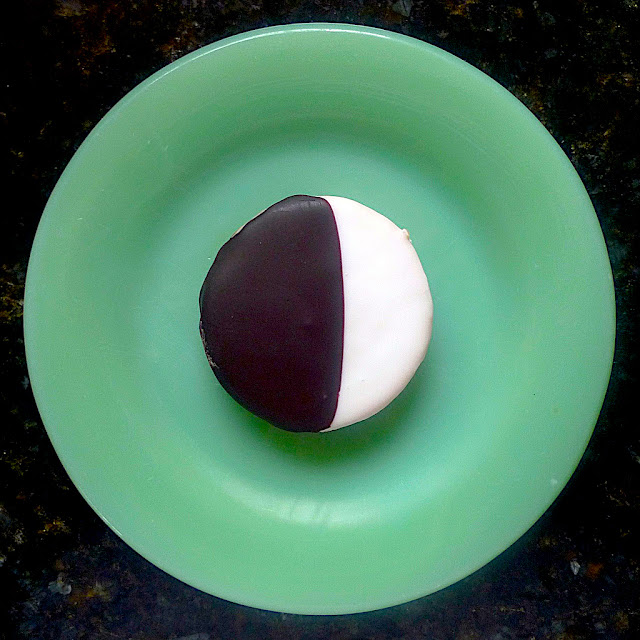 Trivial pursuit
One might assume that in Manhattan everything
and anything is within immediate grasp. Yet in
truth, nothing could be farther from reality. Yes,
within this floating island and the four outlying
boroughs there is a veritable treasure trove of
necessities and indulgences. However getting to
said goodies is not always as easy as one might
assume. Like it or not everything changes. And
as real estate prices on this outcropping of granite
continue to escalate, things that historically were
conveniently available are now often out of reach.
Well, at least almost everything except a classic
black and white cookie. Then again maybe not... 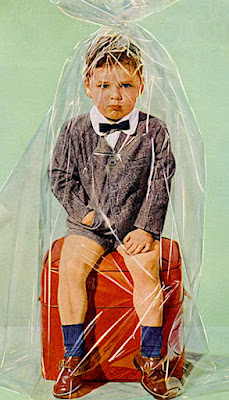 Past imperfect
Yesterday I decided to go off and find some.
Said New York sweets are not cookies at all.
Rather they are flat, cookie shaped cakes. In
the olden days there used to be a bakery or
coffee shop on every midtown corner. All
now replaced by a sea of Duane Reed drug
stores, souvenir shops, "antique" (anything
but) galleries, and bicycle rental outlets. I
craved a simple and fresh baked item. NOT
one of those hermetically sealed in plastic
varieties that I'm sure might be still edible
if found in a vault one thousand years from
now. ALL that I wanted was a "real" one. 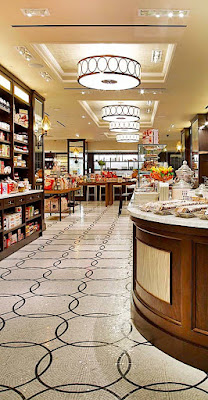 So near and yet so far
So like any modern man I googled "best black
& whites in Manhattan." Soon a bevy of lists
touting "authentic" finds appeared. All seemed
to be located on either tip of the island, far east
or west, or in Queens. However one popped up
which was William Greenberg, the venerable
upper east side gourmet bakery. As luck would
have it, they have an outpost in the Plaza Hotel
Food Hall which is half a block away. Quickly
I walked over to have my dreams smothered in
a sea of pre-packaged cellophane. All ready to
be shipped overnight to whatever New York
wannabes back in Omaha with a sweet tooth. 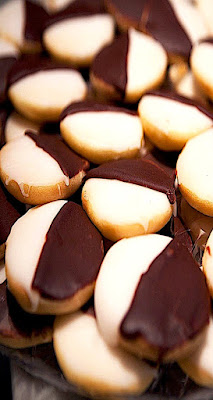 Open for business
Post a dead end - I caught a cab up to Madison
and Eighty Second and found the REAL thing.
There sitting behind the old fashioned bakery
counter glass lay a tray laden with pure, freshly
baked and slickly iced black and whites. ALL
ready and waiting in their unwrapped glory. I
can't explain why that makes a difference. But
bite into a "naked" one versus one that has sat
in a baggie and you can taste the difference.
Sans the cellophane their half and half icing
shines and the vanilla frosting in particular is
slightly sticky. Yet if I'm honest, they weren't
as good as I recalled. And I know exactly why. 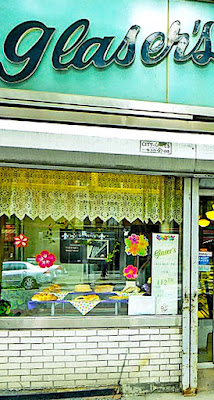 First and foremost
The fact is I should have ventured further east
to First Avenue at Eighty Seventh. There lies
the epitome of an old New York bakery. The
Glaser family has been churning out black and
whites since 1902. In fact they claim to have
brought the recipe with them from Germany
and thus are the originators of this now New
York classic. As a kid I my grandmother often
brought a box of them to any special occasion.
Soon thereafter we literally split one between
the two of us. Opposites attract. Thus as usual
Nana went to the dark side (chocolate) while
I gravitated towards heaven's light (vanilla). 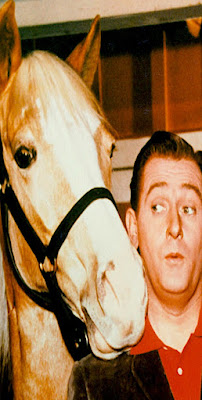 People's choice
As one who tends to see the world in black and
white - I should have stuck with what I know.
Just like many black & white cookies - much
of what one finds on the internet is packaged
for mass consumption. Yet in truth as a local
I already knew where to get what I wanted.
My laziness is what made a horse's ass out of
me. Once again I had to learn my lesson the
hard way. Which is that anything good is well
worth the extra effort. I also realized that the
past is inevitably usurped by the present. Thus
if you want to relive your youth - I suggest
you take a bite out of it now before it's gone.
Posted by montanaroue at 4:00 AM