CABIN IN THE SKY 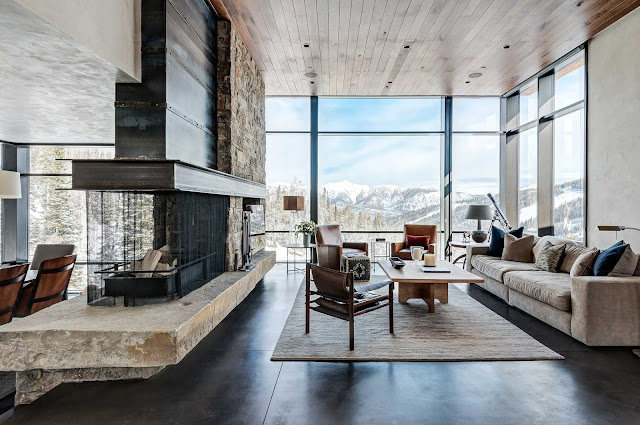 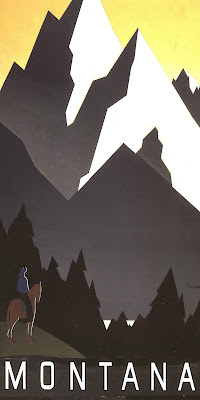 Opinion poll
To most Manhattanites - Montana is an elusive
dream. We can talk to anybody. Simply chat
with our cabbie on the way downtown. And if
somehow our connection to Montana comes
out in the conversation - the dynamic suddenly
changes. Every jaded urbanite becomes all soft
and mushy. Sort of wistful and dreamlike. Then
from the midst of said trance the majority utter
"I've always wanted to go to Montana... and it's
supposed to be AMAZING." And suddenly, all
involved in said fantastical interaction are taken
to a better place. One where fantasy rarely mixes
with reality. Or... does it?! 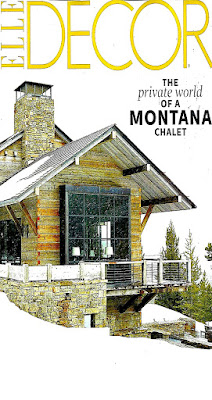 Dream house
On the cover of Elle Decor's November issue
is a Montanan "chalet." Often on the pages of
almost every shelter publication appear shots
of mega manses that randomly sit throughout
our state. However many of the most "luxe"
lie behind the gates of the Yellowstone Club
at Big Sky - near Bozeman. Much like any
Manhattan coop - one must go through quite
a rigorous approval process before being able
to build or buy a home in this posh enclave.
Making it anything BUT Montanan. Yet it's
what most folks think is our great state. And
fortunately, they couldn't be more wrong. 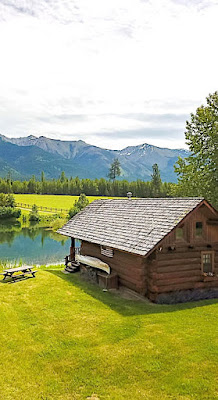 Where the buffalo roam...
Most people move to Montana for one reason.
It's vast natural beauty. Yet celebs and mega
billionaires also adore it's annonymity. Within
the confines of our rather vast state - there are
hardly any people. Overall Montana clocks at
just over one million residents. All living on
the same land mass as Germany (pop. 82.7M)
and Japan (pop. 127M) To put that in context -
our population translates to 6.8 people per
square mile. Compare that to 2,700 per mile
in New York City or 1,195 in New Jersey.
However within such wide open spaces -
it still all depends on WHERE YOU LIVE. 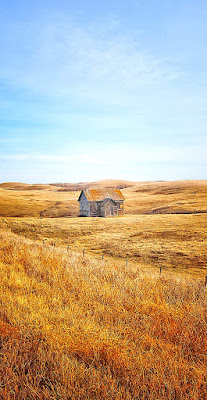 Few and far between
The Yellowstone club sits in Madison Country -
which averages 2.1 people per square mile.
But the adjacent Big Sky Resort can host up
to 7,500 skiers on it's slopes on a winter day.
Thus it's no surprise that adjacent Gallatin
County is home to 34.4. folks per square mile.
However not all of Montana is that populated.
Beaverhead County covers the same square
miles as Connecticut. And within it's confines
only 1.7 people reside per square mile versus
the Nutmeg state's 738. Some counties have
even fewer far between. Petroleum (next to
Lewistown) hosts 0.3 which can get lonely. 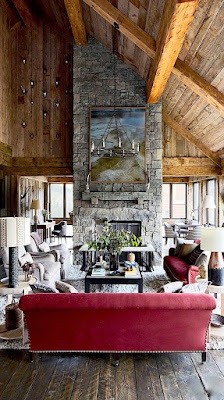 Neighborly advice
Thus even in Montana it's all about location,
location, location. It all depends on where
and how you live. Near Lewistown there are
several "ranches" owned by wealthy folks.
At least one clocking in at over twenty plus
million in construction costs alone. Rather
than bother with our local air authority, one
family simply built their own airport. Yet
if one peruses the local real estate listings -
you quickly discover that with maybe a few
exceptions, what you see on the pages of
Elle Decor is NOT necessarily what you'll
see touring homes in Lewistown, Montana. 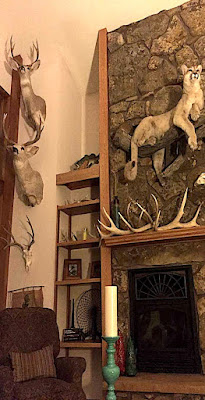 Tastee freeze
True Montanans with money seems to have
an affinity for cushy recliners, taxidermy, and
pithy sayings scrawled on pseudo wood. Add
to that a plethora of golden oak, faux stone
fireplaces, and a gun safe or two. All encased
within an exterior built to weather any storm.
It's akin to living in a large tin clad box. For
most, trees are viewed as a nuisance given all
they do is drop their leaves or block the view.
And given our landscape is covered by snow
at least half of the year, any landscaping must
be described as hardy. Thus by our very nature
we Montanans prefer to keep things SIMPLE. 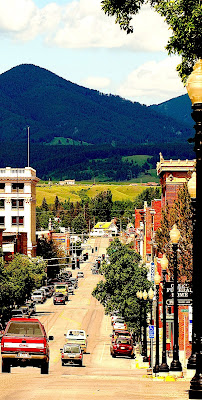 Home sweet home
But there is something about Montana that all
of the magazines can't chronicle. Which is life
itself within the context of this amazing place.
The difference is the simple beauty of our state
and those who live here. It's filled with wide
open spaces and folks with equally open minds
and hearts. Many locals consider themselves
conservatives, yet they're willing to consider
anybody for who they are - and nothing else.
In Montana actions speak louder than words.
Therefore with few exceptions, Frank and I've
are treated with kindness and respect. Hence
it's no surprise that everyone wants to live here!