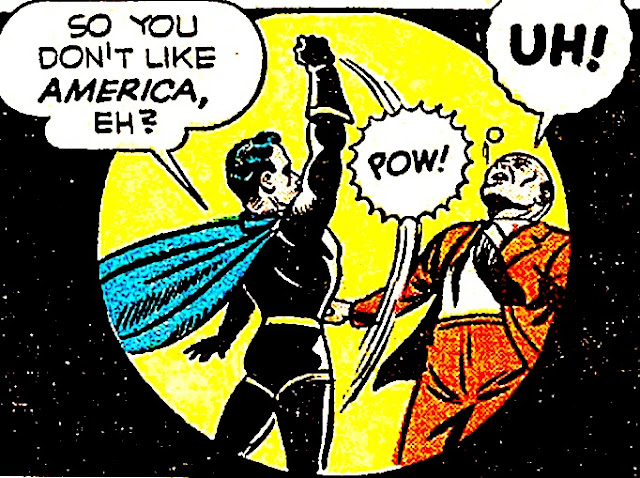 Of heroic proportions
Occasionally we all experience something that
is in essence a "once-in-a-lifetime" event. Often
said occurrences are happy such as finding the
love of one's life or welcoming a child into this
world. Other times they're filled with the grief
of suffering the loss of a loved one, or facing
those almost insurmountable challenges that
life seems to bring to all of us. However rarely
in my brief span on this earth have I been able
to attribute any mind boggling episode to those
in Washington D.C. However post now retiring
Senator Jeff Flake's speech on Monday it finally
happened. And even this skeptic was wowed. 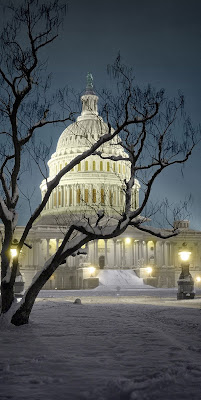 Old glory
Frankly I don't have a lot of confidence in our
elected national leaders. To date they haven't
demonstrated more than the political prowess
required to survive longer than one term. Our
two party system by it's very nature requires
that one choose a side. The resulting political
schism has throughout history put diverse men
(males only) in our top spot. Hence while at
times both sides haven't liked the outcome,
each knew that the odds of regaining said seat
would ultimately be in their party's favor. Since
1776 many political agendas have come and
gone. And yet somehow it all seems to work. 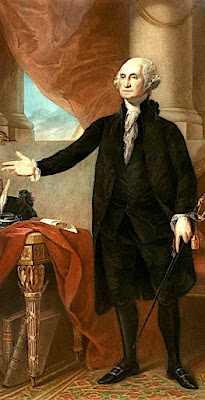 By George
One of the primary common denominators
that keep our democratic republic in check
is a Presidential tradition of decorum, pomp,
and circumstance. Long before someone
coined the phrase "politically correct" - our
number one man knew that his job once in
office was to transcend the political divide.
And while obviously he favored his party -
strive to foster bi-partisan collaboration
plus freedom and justice for ALL. Hence
for over two centuries those who "we the
people" voted into office did just that. At
least until January 2017 that is... 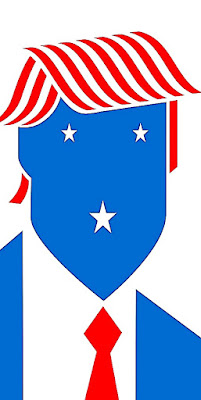 History precedence
A seismic shift occurred post Donald Trump's
arrival at the White House. Whether you like
him or not, most agree he's an unconventional
President. And depending on your perspective,
one who bends or manipulates the role either
for or against his favor. The resulting swirl of
conflict has caused many of us to question the
legality of his motives, actions, and intent. And
yet until just a few weeks ago - few if any of
our political leaders seemed willing to speak
out against his obvious affronts to the dignity,
sanctity, and integrity of our republic. Instead
they were too worried about saving their jobs. 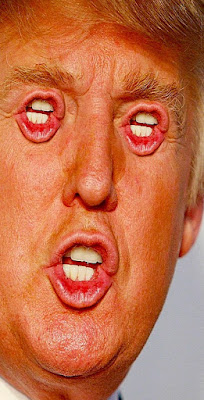 You don't say...
Meanwhile more than half of Americans and
most of the world have been quite appalled at
all they've been seeing, hearing, and reading.
Since Mr. Trump assumed office in January
we've been part of a never ending episode of
reality television. Mixed with a tsunami of
incendiary tweets. And yet when the other
side has challenged such insanity, they have
been deemed sore losers. Worse - when brave
Americans stood up against organized racism,
hatred, and oppression - they were considered
"ANTIFA" thugs. All while a state of inertia
has literally crippled our political process.

Heroic gestures
Then suddenly, as in always the case in a historic
crisis - a brave few finally started to confront the
evil before them. First - Senator John McCain.
Next Senator Bob Corker. Then former President
George W. Bush. And finally, Monday's hero -
Senator Jeff Flake. All of said gentlemen align
with the Republican party. However all opted to
exit the political fray and thus at this point have
nothing to lose. Rather than remain silent - these
great men have spoken out against another leader
who seems intent on destroying everything that
makes America great. Leaving the rest of us to
wonder what their peers will do in response... 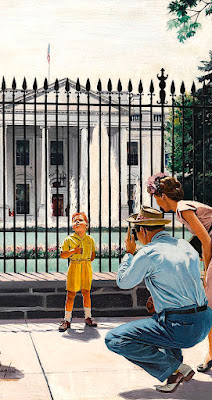 Parental guidance required
It's been fascinating to watch their reaction.
That night a variety of House and Senate
Republicans lauded Senators Corker and
Flake as respected friends and colleagues.
Then tap danced around concretely reacting
to the line he had drawn across the political
landscape. Instead they doled out excuses
that President Trump is "unconventional."
Stating that while his behavior and words
are not behavior they would condone for
their eight year old offspring - it's perfectly
acceptable from the man who currently sits
in our highest office. And how sad is that?! 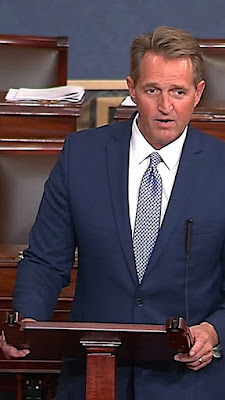 Bravery in action
Until this week I thought only one hero
hailed from Arizona. However as of now
I count Senator Jeff Flake as yet another
brave soul who has made a sacrifice for
our collective good. Since the beginning
of time - those who've spoken out against
oppression have quickly been maligned.
Yet in the end, history has proven that
those who act on their beliefs change the
world. On the short term I doubt anything
will change in the White House. Somehow
I truly believe that something big is going
to happen. When we least expect it.