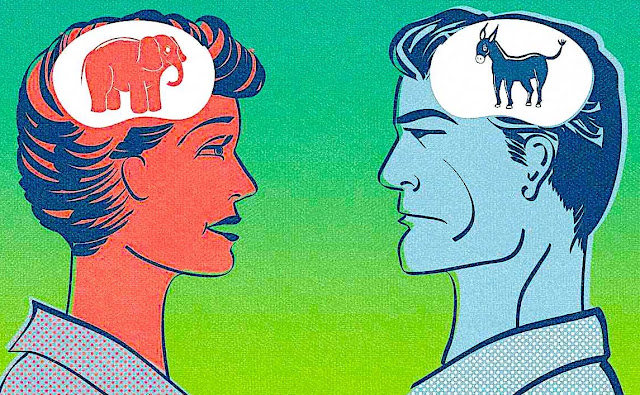 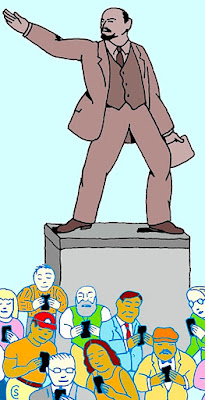 Red alert
Recent revelations about Russian use of social
media during the last election has affirmed that
occasionally I'm right. By the end of last year
I started to ween myself off Facebook. Said
decision was entirely due to politics and NOT
cute pictures of puppies and the like. Frankly
I was tired. In part because of all of the energy
expended on local or national political fronts.
Yet that wasn't all that drove my desire to face
off. Rather it was what my supposed "friends"
felt was perfectly appropriate to post. In truth
I was suffering from an overdose of vitriolic
venom. All of which simply made me SICK.

Frequent violations
Don't get me wrong. Even now I'm on Facebook
daily. However it's only to post a link to the day's
blog entry. Facebook continues to be the primary
way that many faithful montanaroue readers link
up. Hence like it or not, I'm a daily "user" of said
messaging conveyance. Once in awhile I'll scroll
down just to see what's going on. Immediately
I'm overcome with guilt as the majority of folks
who I consider near or dear still use Facebook
as a ways and means to share their lives. And
within a few scrolls I soon realize that I missed
birthdays, disasters, and other personal events.
Thus "posting" continues to keep us in touch. 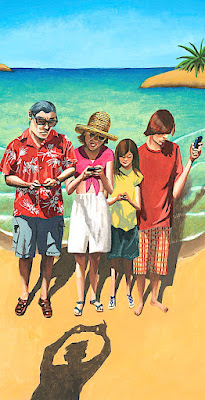 All in the family
Originally I logged onto Facebook because of
my kids. Since then they've moved on to other
forms of media for the same reasons that I did.
Meanwhile the majority of boomers who were
dragged onto Facebook kicking and screaming
now hold it near and dear - especially women.
So in truth, I'm missing out on a lot by NOT
jumping back head into said stream on a daily
basis. Yet like any victim of abuse, I somehow
can't go back. So with apologies I must confess
that I'm purposefully not engaging in all that
is important to you. However it's NOT that I
don't care - I simply can't face up to Facebook. 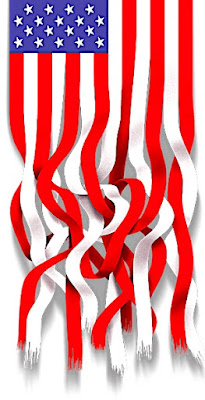 My country tis of me
As I've shared before - I was apolitical until
recent years. In part because whatever went
on in Washington seemed to have little to no
impact on my life. Yet in truth, such apathy
was more than wrong. And slowly I realized
as a brave few battled pernicious legislation
that folks like me needed to join the fray. In
part not only because it was personal - but
that without people like me, little or nothing
could be achieved. Over the next few years
I've come to believe in the power of we the
people. Both for good... and bad. And that
success all depends on what side you're on. 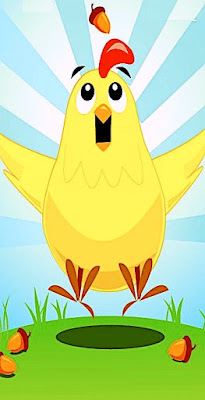 Fall from grace
Obviously I've no problem sharing my opinion
via this daily spew. And fortunately, there are
many who either agree with me or are willing
to listen. The best thing about this process is it
gives me a clear conscience. Sharing from my
heart insures I get things off my chest. Hence
while at times I feel a bit like Chicken Little -
sounding the alarm helps me confront all that
assaults my senses. Which is probably exactly
what those people who post those most awful
things on Facebook are also trying to do. Just
imagine if we all could find a way to work out
this mess we're consumed with face-to-face?! 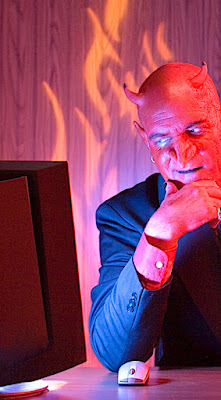 The devil is in the details
Sadly within a cyber context it's all too easy
to post or "like" things you may later regret.
Somehow we've lost the ability to share our
opinions mano a mano. Instead we attack the
other via what is at best a passive aggressive
stream of consciousness. Which leaves us
vulnerable to external forces who leverage
said forum to our disadvantage. In the past
facing off required physical interaction. But
now one often has no idea exactly who is on
the other end. After having been burned a
few times, my advice is stick with the devil
you know. And to also do your homework... 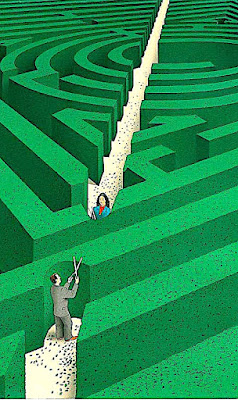 Talk the talk
Ultimately we're all culpable for whatever
we say or spread. The purpose of this blog
is not to get anybody to agree with me.
Rather it's simply to get us all thinking.
And hopefully along the way... talking.
Last Sunday we had a family brunch. We
fortunately all align politically. Yet each
shared how they were struggling with how
to bridge the schism tearing our country
apart. Ultimately we agreed that somehow
both sides have to find a way to engage in
a constructive dialogue. And confront our
differences one-by-one... face-to-face.
Posted by montanaroue at 4:00 AM