MAN WITH A PLAN

Back in the saddle again
It's amazing just how busy one can be doing
absolutely nothing. Since late August I have
been off the grid. Meaning that suddenly in
theory I've got plenty of time on my hands.
Yet in truth, I've never been busier. While
baffling something is keeping me occupied.
Back in Montana my days were filled with
domestic endeavors given tending a large
home is a major responsibility. Yet Frank
and I share said load fifty fifty and so it's
manageable. Whereas in Manhattan we're
fairly free and easy even if tending a white
space in the city isn't as easy as it seems.

Cleaning sweep
Back in Montana it's often quite windy. Such a
swath inevitably spreads dust and debris. City
filth is very different than country dirt. Black,
sticky, and rather stubborn - even the simplest
of cleaning requires commitment, fortitude,
and an ample supply of chemicals. Normally
Frank's preference is that we go au naturale.
Which means vinegar, baking soda, and the
like. All being well and good but not all that
effective in dealing with adverse situations.
I've found what works best are ample doses
of theoretically toxic chemicals. But if I die,
at least I leave a clean apartment behind me!

Take out
Normally in my free time I cook my heart out.
But for most of October we're hosting a bevy
of friends and family. Even when not staying
with us - they're here and need attention. And
therefore must be entertained. Which means
we've been dining out every night of the week.
While obviously quite easy, it's not necessarily
beneficial to one's waistline or pocketbook.
Practicing self control within the context of
a foodie's paradise isn't as easy as counting
calories. Depending on where one dines, the
cost of consumption a la carte can quickly eat
away at one's reserves. Trust me it's expensive! 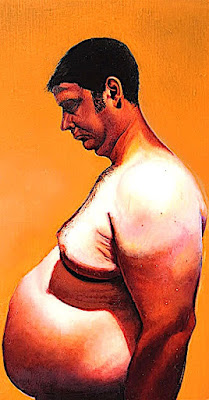 Outer limits
New York magazine annually publishes their
"cheap eats" edition highlighting all of the
many culinary bargains within this great city.
Most miles away from our midtown home.
While we love to wander this city from end
to end - I prefer not to travel more than ten
blocks for a meal. So while Ninth Avenue
may be affordable or Queens even cheaper,
I want to sup close to home. Assuming one
gets what they pay for, at least we're saving
on the wear and tear of our luxe Italian shoes.
However given the impact of frequent dining
on my waistline, I should be walking it OFF.

Satisfaction guaranteed?
One thing is certain - I'm NOT bored. One of
the many challenges of living in the Big Apple
is over stimulation. With so much available
within reach one can be easily overwhelmed.
No wonder most urbanites opt to establish a
self-inflicted set of filters to process said over
abundance. The fact is I could eat myself to
death. In addition I can easily shop till I drop.
Were money no object, one could quickly fill
their closets with the season's must-haves. The
question is what do we really need? Is too much
of a good thing exactly that - too much? Instead
I've decided to use this time to invest in myself. 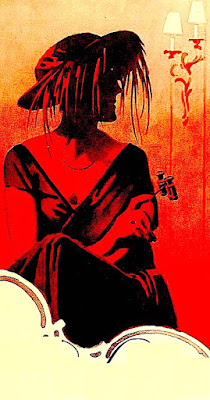 Curtain call
My plan for the next month is to focus on
cultural pursuits.. This city is filled with the
most amazing museums, galleries, theaters,
and more. So rather than overdose on fois
gras - I'm going to dive into anything that
expands my horizons. Lincoln Center lays
eight blocks away. The Metropolitan Opera
is staging a revival of Puccini's Turandot.
My favorite opera by far, it's just one on
my list from a season packed with delights.
The Museum of Modern Art just opened
"Is Fashion Modern?" which displays 111
style icons such as a pair of Levi's 101's! 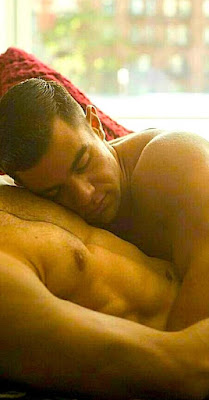 Breaking point
I've no excuse for not keeping busy. However
one of the greatest benefits of not punching the
clock is the ability to do whatever you want -
whenever the spirit moves you. That means
that should I feel the need to commune with
nature - I can take a walk in the park. Or if I
crave some inspiration, I quick jaunt up to the
Frick will quickly fuel my dreams. And if all
of the above is simply too exhausting, I can
indulge in the ultimate of leisurely pursuits.
There is nothing like an afternoon nap to set
things straight. Which if timed properly - is
soon followed by the start of cocktail hour!
Posted by montanaroue at 4:00 AM