WE'VE BEEN HERE BEFORE... 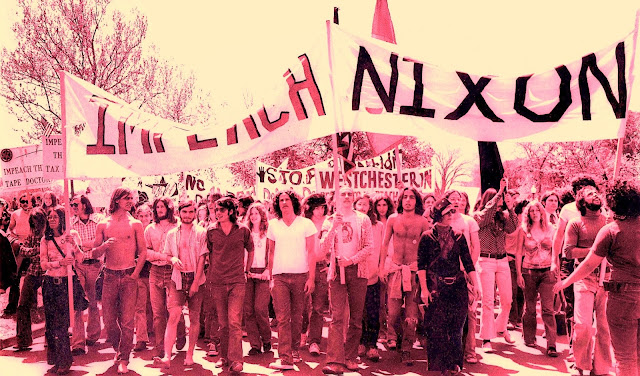 Acid trip
It's hard to believe that it will be forty five
years ago this June, that political operatives
under the direction of President Nixon broke
into the offices of the Democratic National
Committee. Ultimately caught red handed,
we slowly connected the dots to discover
that said crime led to our highest office and
the greatest political scandal of the twentieth
century. Given what is going on in the White
House today, Watergate pales in comparison.
And yet I feel an overwhelming sense of deja
vu. Many of us have been there, done that.
Who ever thought we'd sink this low again? 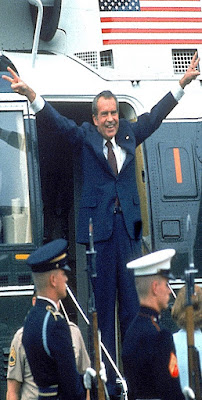 Exit strategy
The subsequent two years were consumed with
federal investigations, gossip, scandal, denial,
and mixed messages. Ultimately the truth was
told by a covert informer named "deep throat."
Whose revelations soon initiated impeachment
proceedings. By October of 1973 our President
was angry, disenfranchised, and desperate. So
much so that he summarily fired Archibald Cox
the special prosecutor leading an investigation
into just what had happened. Soon thereafter
President Nixon spiraled out of control. Only
to end with his resignation in August of 1974.
Doesn't it all seem familiar? Back at you Don! 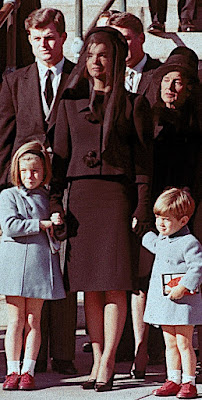 Sacrificial lambs
Growing up in the tumultuous sixties and
seventies, one might assume that we have
been conditioned since birth to embrace
turmoil. Civil rights leader Medgar Evers
was brutally shot and killed. President
John F. Kennedy was assassinated. Next
Dr. Martin Luther King was murdered in
cold blood. And just a month later Bobby
Kennedy's life was snuffed out. Student
protestors were shot on campus. As the
war in Vietnam raged on, some rebelled,
others rioted, and many wondered if we
could possibly survive. Yet we overcame.

Everyday miracles
Meanwhile we landed a man on the moon and
watched his walk on color TV. Hippies grew
long hair and danced in the rain at Woodstock.
We desegregated our schools and the counter
at Woolworth's. We exited Viet Nam and much
later entered Afghanistan. We sat in lines to get
our fill during the Energy crisis. Then learned
how to recycle. In between we adapted to new
technology as it came our way. Stereophonic
L.P.'s led to 8 Tracks on to cassette tapes then
compact discs and now i-tunes. Federal Express
appeared overnight. As did fax machines,VCR's,
PC's, WiFi, the internet, and mobile phones.

We shall overcome
In hindsight it's amazing what we've survived.
Nothing seems to faze us. We've collectively
evolved and discovered new ways to make
America greater. Challenging the status quo -
fighting (still) for women's equality, Roe vs.
Wade, gay rights, and against bigotry and
hatred. At times we won but often victory is
continues to be evolutionary. Over forty five
years we've changed for the better. Thus while
unnerved, angry and repulsed by what's going
on in Washington DC. I know that somehow
we will do the right thing. After all, isn't that
the American way?! This too shall pass...
Posted by montanaroue at 4:00 AM