TOO CLOSE FOR COMFORT

Five degrees of separation
The city of New York consists of five boroughs,
each with it's own individual identity. While in
theory one entity, in reality this town consists of
five diverse communities. Within each of which
lie a plethora of neighborhoods that each strive
to differentiate themselves from the other. Given
this metropolis is home to over eight million four
hundred thousand individuals, one might assume
it's rather overwhelming. However for those who
live here, it's rather a small town. Meaning that
much like any limited sphere of influence, you
never know who is watching or... listening. So
it's best to be on good behavior at ALL times.

Familiar territory
Last night I walked over to one of my favorite
haunts - Donohue's Steak House. Situated on
Lexington Avenue just above Sixty Fourth it's
the public equivalent of a private club. Hence
most nights it's cozy red pleather booths are
filled with a collection of "regulars." By the
time I saddled up to the bar it was still over
ninety degrees outside. Yet all I wanted was a
dose of comfort food. Soon I had a drink in my
hand and a turkey dinner with all the trimmings
on it's way. That's when I noticed that the lady
sitting next to me was oddly familiar. And was
obviously over served to the point of no return.

The lady is a tramp?
After about fifteen minutes of listening to said
lady's slurred lamentations to her friend on the
other side - I realized who she was. Beside me
sat Sonja Morgan one of the Real Housewives
of New York. The beleaguered ex-wife of the
great grandson of J.P.Morgan, she lives around
the corner from Donohue's and thus must be a
"regular." While she may be a television star
the Chanel clad mess in crisis next to me was
obviously an all too real and quite desperate
housewife. Frankly she was a pathetic wreck
of a woman. One who has seen much better
days and is quite unhappy as a result of it. 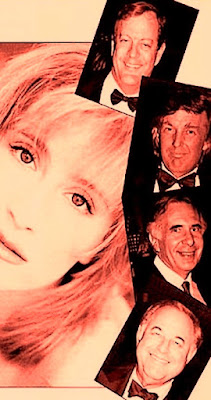 Pre existing conditions
Sonja met her blue blooded billionaire in her
role as hostess at San Pietro - another of my
favorite joints on Fifty Fourth off Madison.
When there my attention tends to focus on
their linguine with truffles. However Sonja
was laser focused on herding the plethora of
fat cats who dined in said pricey eatery. Fired
post garnering too much attention, Sonja ran
into John Quincy Morgan later on in Aspen.
And the rest is history. However she has now
hit upon hard times. Hence it seems that no
amount of self-medication can change the fact
that she's down and out and semi comatose.

Like a bump in the night
Ms. Morgan isn't the only one of her clan
I've seen. Frank and I have often bumped
into Countess Luann. The last time she
almost literally ran into us. While I've not
met Ramona Singer, we share quite a few
acquaintances given she started out as a
buyer at Macy's. Later becoming a rather
aggressive "jobber" in the off-price market.
The truth is that here in Manhattan it can
be virtually impossible to avoid one's past.
Like it or not, chances are that few if any
prior sins go unnoticed. Thus even the best
may be rotten to the core in the Big Apple. 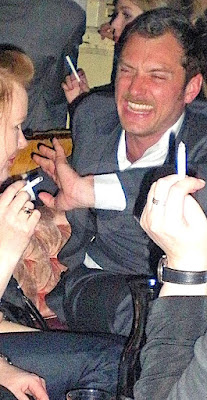 Rat race
Encountering celebrities is everyday fare in
this city that never sleeps. Public exposure
teaches one that no matter how famous one
is we're all too human. And that the rise to
the top may be easy but the subsequent trip
down is often devastating. Money seems to
be the root of most evil. As proven by the
plethora of has beens who wander this city's
streets in search of ways to leverage their
few remaining assets. Only to discover that
fame and fortune are fleeting at best. And
that there may be no lonelier place than a
city full of millions of fellow competitors.

As real as it gets
Some consider the bump and grind of urban
living a rat race. Surviving in a place that is
not only highly competitive but exorbitantly
expensive is not for the faint of heart. There
is a pecking order within every strata of New
York society. And if one slides off their perch
it's virtually impossible to rise above the muck
of failure and shame. No wonder I felt so sorry
for sodden Sonja. Part of me wanted to reach
out a helping hand. However I wisely chose
to focus on the turkey before me rather than
the one to my right. Better to avoid a heaping
helping of CRAZY with all the dressing!
Posted by montanaroue at 4:00 AM