Everything old is old again 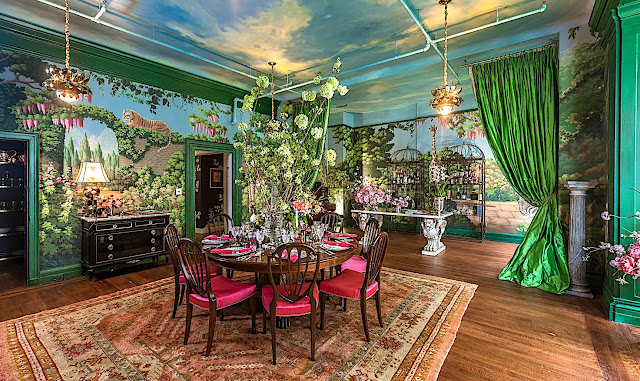 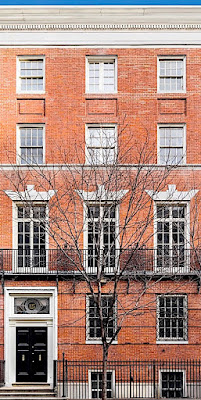 Unforgivable
One of the greatest advantages of living in
Manhattan is all the things one can do given
they're within walking distance. Yesterday
"T" and I ventured to sixty fifth between
Park and Lexington. There sits this Kips
Bay Show House - the venerable decorative
arts treasure trove. Housed in a beautiful
thirty five foot townhouse, it should have
been amazing. However sadly it was more
than disappointing. Mostly because within
such a competitive arena - everyone tries
too hard. Meaning that every inch of the
joint was covered with much too much. 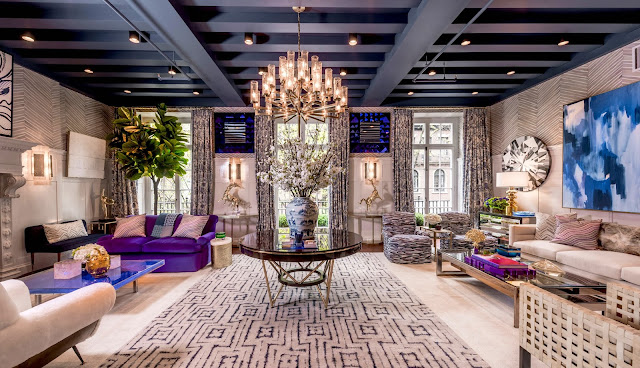 Unconscionable
I really can't recall when it happened. But
somehow within the last twenty years we've
lost every element of restraint. Less is no
longer more. Rather the more the merrier
has become le mode du jour.  And while
initially rather intriguing, the tendency to
over do everything has become tiresome
at best. Frankly by the end of our tour of
all five floors we were beyond disgusted.
And oddly felt a bit bloated As if we'd just
completed our eighth journey around the
buffet at Golden Corral. I wanted to vomit.
Or reject the majority of my worldly goods! 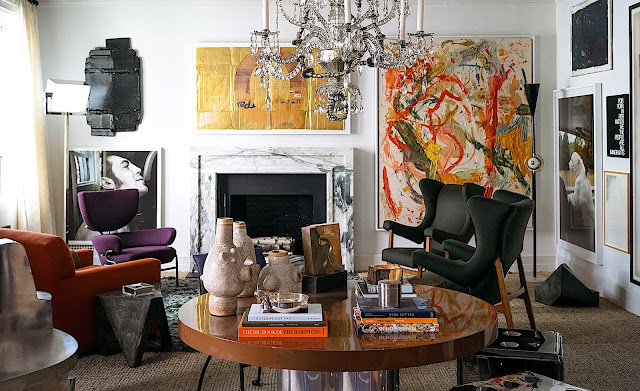 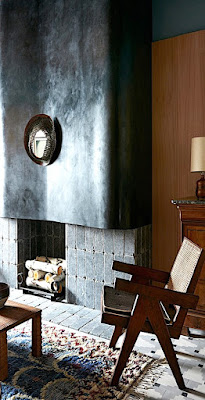 Underwhelming
Each and every room was a melange of colors,
textures, art, and antiques. All of which added
up to an oddly familiar brew akin to a interior
decorative nightmare. Whether purposeful or
not, nothing went together. Thus we both found
each room oddly disturbing if not irritating.
What was most surprising is that we are BOTH
"home-aholics." Meaning that for most of our
lives we simply couldn't help but want for more.
However this public display of self-indulgence
left us longing for simpler, more elegant times.
One where interior decor was strategic not
thrown together on the spur of some moment. 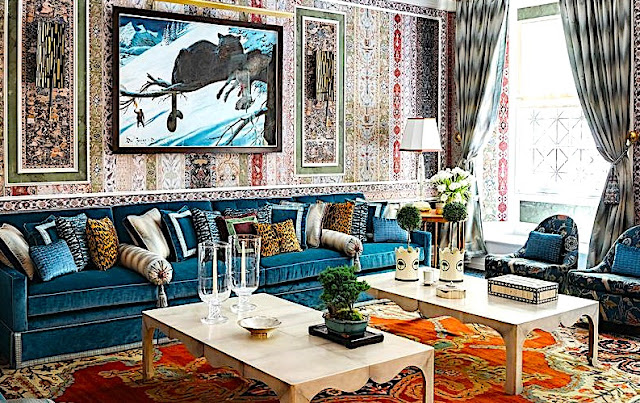 Unbelievable
Ultimately what was most offensive was the sad
fact that there wasn't a single new idea to be had.
Rather than be inspired, we couldn't wait to exit
the premises. The fact is we've been there - done
that many times before. The difference being that
many of the things we gave to Goodwill now sat
in places of honor. Even if something was new,
it was a repeat performance. Thus it's no wonder
that two veterans were beyond bored with it all.
Good taste has summarily been replaced by this
trumped up version of pablum. The art of subtlety
has been usurped by brazen bravado. Civilization
has ended. Good taste is OVER AND OUT! 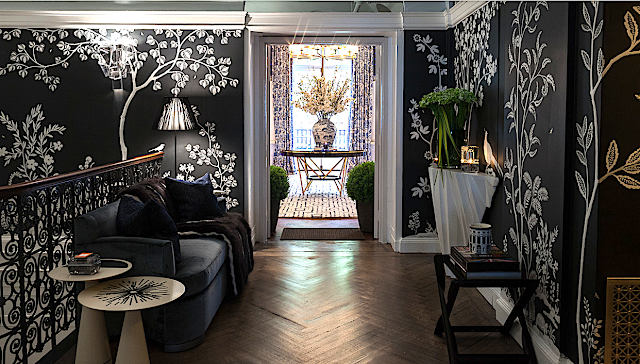 Unsurpassed
The only good news is that almost anybody can
deliver a comparable experience. All one has to
be willing to do is shop their grandmother's attic
or the local thrift store. It's all there waiting to
be had for pennies on the dollar. If you require
the validation of an expert, then you can buy
much of the same on Bergdorf's seventh floor.
It's filled with a pastiche of exorbitantly priced
reruns. Better yet, take some pictures and then
hit E-Bay. Chances are you'll find comparable
stuff for less than nothing. Or you can return
home and edit out half of the junk you own.
Then... sell it to some fool for a fortune.
Posted by montanaroue at 4:00 AM