A WALK ON THE WILD SIDE 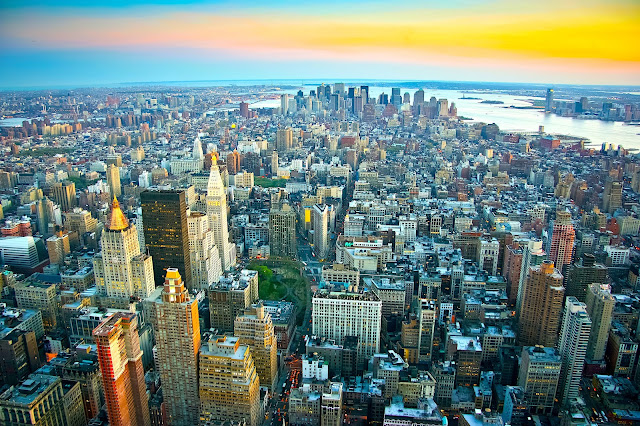 Location, location, location
Manhattan is not simply a mega metropolis.
Rather it is an interconnected network of
neighborhoods. Where one lives depends
on who they are, their economic situation,
and luck. Along with snobbery, chic, and
other forms of foolishness. Proximity helps
define one's "hood" meaning that just a few
blocks can limit one's sphere of influence.
Most hipsters live downtown in supercool
enclaves like Soho, Nolita, Tribeca, and the
West Village. Others choose Union Square,
the Flat Iron, Gramercy Park, Hells Kitchen,
Harlem and the upper east and west sides. 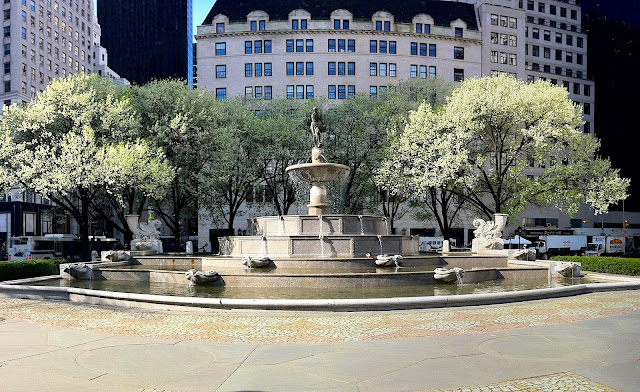 To each their own
All exude their own individual and unique vibes.
However gentrification has swept this city until
there are honestly so many sweet spots that it is
impossible to categorize them in one blog entry.
Frank and I have always been drawn to midtown.
The city's core sits south of Central Park from
Bergdorf Goodman to the venerable Empire State
building. Most consider this area a bit too touristy
given visitors consider this part of town to be the
essence of New York. Fleece clad crowds aside,
we find it incredibly convenient. Providing easy
access to all parts of the city. Thus the best of the
big apple is ours within minutes. It's all too easy. 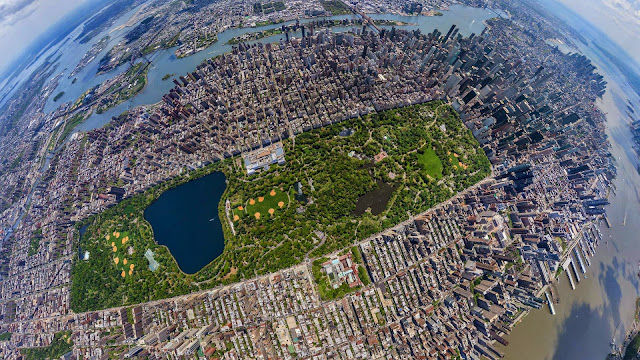 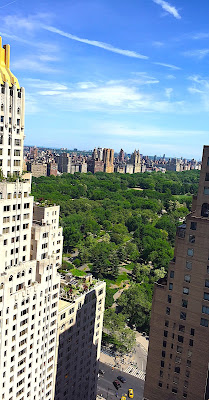 Parking space
However one thing is different than before.
Our new apartment lies a block away from
Central Park (our building's rooftop view
on left). Meaning a stroll through the park
is much too easy not to take advantage of.
Hence I now often commune with nature.
And honestly, I'm rather enjoying having
such a posh playground afoot. Please don't
assume it's mine alone. Central Park is just
as packed with visitors and locals as Fifth
Avenue. However by it's very nature this
green space provides a respite from urban
life. Thus for many it is truly an oasis. 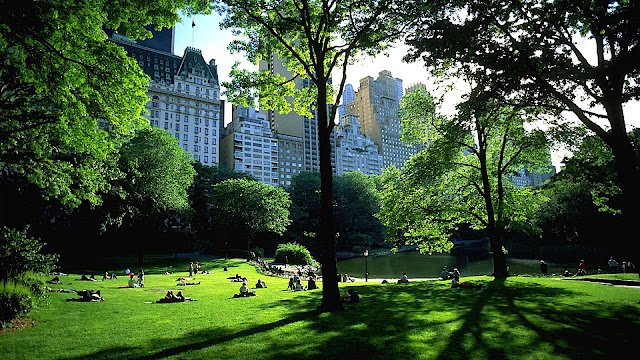 Rest stop
Last Sunday was absolutely beautiful. Forcing
even this rather sedentary soul to venture out
after breakfast. Upon entering the park one is
not only struck by it's natural beauty but also
the diversity of this city's populace. Rarely do
you hear English. Rather along with chirping
birds one is serenaded by a global symphony
of languages. It's rather crowded immediately
adjacent to the Park's southern boundary. Yet
once one ventures uptown, the masses thin to
a manageable scale. One is never alone which
is both a good and bad thing. And sharing such
a beautiful place makes us all the better for it. 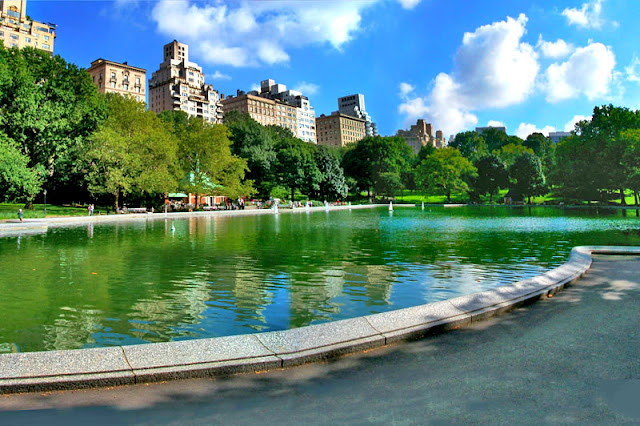 Parade ground
Along with communing with nature, most park
goers participate in the greatest of urban sports -
people watching. Thus much of one's focus is
on finding the best spot on the best park bench.
A vantage point from which to view the passing
parade. Some like to sit and bask in the sun but
others prefer throwing shade. I try to be perched
in front of something inspiring. Thus on Sunday
I opted to settle down with an expansive view of
the Conservatory Water pond. This wide open
space not only provides a respite from the milieu.
Once ensconced and watching the miniature sail
boats one can almost forget where they are... 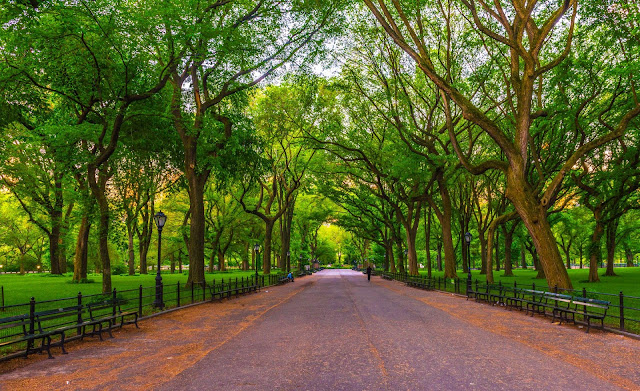 Urbane oasis
Another of my favorite spots is the Mall - that
grand promenade which ends at the Bethesda
Fountain. It's lovely to sit beneath the boughs
of it's spreading elms. Rare in today's world,
somehow these antique gems survived. What
most people don't realize is that Central Park
is home to a plethora of exotic flora. Most of
which burst into bloom within the last month.
While my dear readers probably consider grass
to be mundane, here in Manhattan it's a valuable
commodity. Which is why many urbanites love
to lie upon it's verdant glory. Thus in Central
Park the grass absolutely is ALWAYS greener. 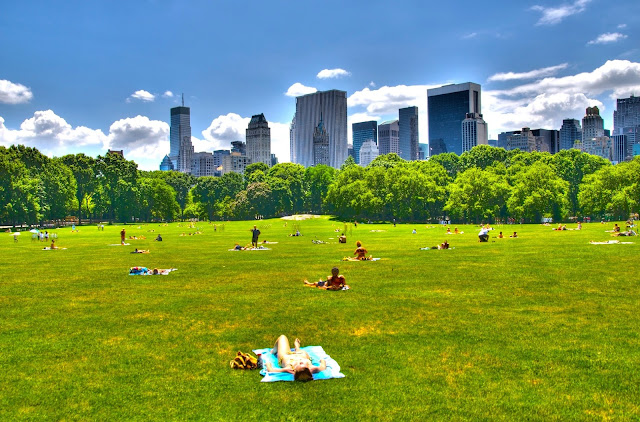 Free and easy
What I enjoy most about Central Park is that
I have NO responsibility beyond enjoying my
time there. No mowing, weeding, pruning, or
mulching is required. However after reveling
in nature's beauty I'm tempted to place some
potted plants out on the balcony. It would be
rather nice to have a secret hideaway just off
my living room. However whatever pleasure
derived would require watering said posies.
And somehow the payoff doesn't seem worth
the hassle. So instead whenever I need a break
I'll take a walk on the wild side. Where else
can such a free for all be FREE FOR ALL?
Posted by montanaroue at 4:00 AM