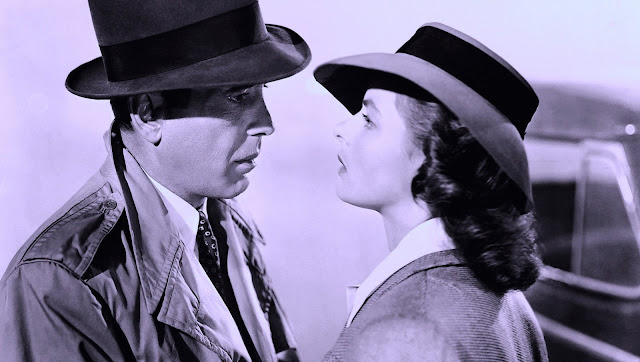 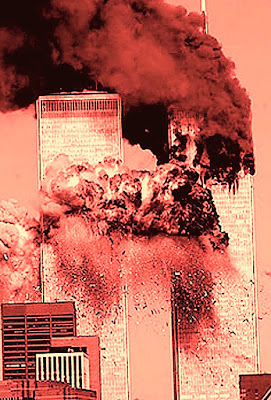 Reality check
At some point we all have to embrace
the reality that we live in a world full
of terrorists. Whether in Paris, Beirut,
Kenya, or Manhattan zealots are ready
to attack anyone at anytime over just
about anything. Said myopic mania
can't be predicted, controlled, or even
stopped. Especially when said attacks
are done in the name of God. Thus for
most it's impossible to rationalize evil
And yet, when something like Friday's
attacks in Paris occur, the world is yet
again taken by surprise and asks why? 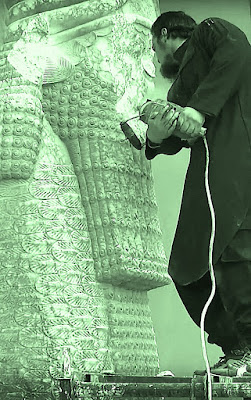 Oh the humanity
In this age of instant media, we've been
watching decapitations, decrees, and
desecration for months, years, decades.
Scores of intellectuals have literally lost
their heads fighting for freedom. Fathers
lay down their lives to save others. Art
and architecture lie in ruin. Nothing is
sacred and yet none of this is new. From
the dawn of time humans have tortured
and killed each other in the name of
politics or God. And so, if nothing else
horrific events like those in Paris only
remind us of just how human we are. 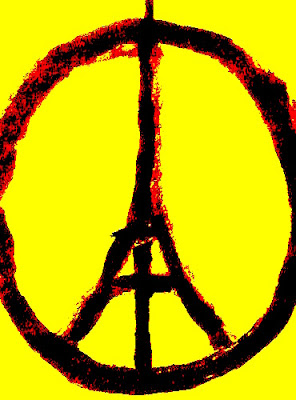 Peace baby...
On Saturday I awoke to a plethora
of peace signs on Facebook. All
rather darkened my outlook. Then
I opened a text from my daughter
"M." There was a video of my
grandson "H" dancing, laughing,
and beaming in his play seat. At
that moment my world stood still
and suddenly all was in context.
Next I looked out at the sunrise
and suddenly I realized that life
goes on. Even as we worry that
the end is perilously imminent. 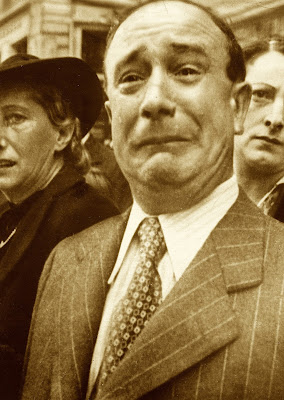 With deepest sympathy
With instantaneous access to scenes
of terrorism world wide, we mourn
from afar. Yet while we all wish we
could do more to help, I wonder if
less is more. If nothing else, living
in isolation provides a haven where
one can enjoy the simpler things in
life. Within said nirvana democracy
somehow keeps our polar opposites
balanced. Hence here in Montana
we if nothing else live in a state of
denial. Which bodes the question -
is that a good or a bad thing?!

Vive la France!
How do we honor the victims of
terrorism? Or rationalize random
acts of cruelty? Wherever we live
the bravest thing you can do is to
simply live as if nothing happened.
Anything else gives them a power
rush of acknowledgement fueling
further mayhem. This morning I'm
certain that most Parisians will
return to life as usual. Have they
been changed forever? Yes. Yet
an immediate return to normalcy
is the ultimate act of PROTEST. 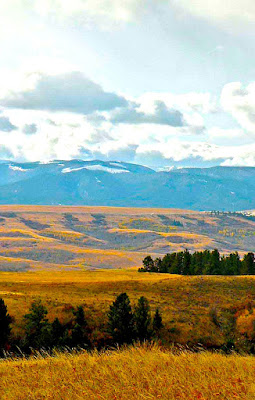 Never give up
So in honor of those we've loved and
lost - do whatever you have to do.
Never let anything defer you from
living your life exactly as you want to.
If nothing else terrorism is a wake up
call to the reality that it all can change
in an instant. LIVE. Consider every
moment of normalcy a tribute to those
whose lives were cruelly ended. Savor
every minute of every day in their honor.
Whatever you do, never allow evil to
overcome the good in most of us. Be
living proof that LIFE GOES ON...
It could be you...
"You never think it will happen to you. It was just a Friday night at a
rock show. The atmosphere was so happy and everyone was dancing
and smiling. And then when the men came through the front entrance
and began the shooting, we naively believed it was all part of the show.
Cries of grown men who held their girlfriend's dead bodies pierced the
small music venue. Futures demolished, families heart broken in an
instant. Shocked and alone, I pretended to be dead for over an hour,
lying among people who could see their loved ones motionless. Holding
my breath, trying to not move, not cry - no giving those men the fear
they longed to see. I was incredibly lucky to survive. But so many didn't.
The people who have been there for the exact same reasons as I -
to have a fun Friday night were innocent. The world is cruel. And acts
like this are supposed to highlight the depravity of humans and the
images of those men circling us like vultures will haunt me ther rest of
my life. The way they meticulously aimed and shot people around the
standing area I was in the center of without any consideration for human
life. It didn't feel real. I expected any moment for someone to say it was
just a nightmare. But being a survivor of this horror lets me be able to
shed light on the heroes. To the man who reassured me and put his life
on the line to try and cover my head whilst I whimpered. To the couple
whose last words of love kept me believing the good in the world. To the
police who succeeded in  rescuing hundreds of people. To the complete
strangers who picked me up from the road and consoled me during the
45 minutes that I truly believed the boy I loved was dead. To the injured
man who I had mistaken for him and then on my recognition that it was
not Amaury, held me and told me everything was going to be fine despite
being all alone and scared himself. To the woman who opened her doors
to the survivors. 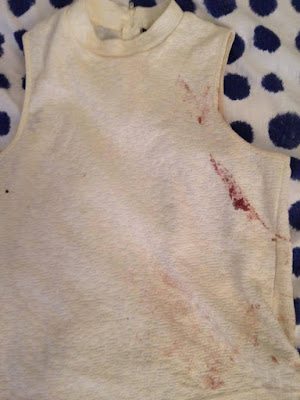 To the friend who offered
me shelter and went out
to buy new clothes so I
wouldn't have to wear this
blood stained top. To all
of you who have sent caring
messages of support - you
make me believe this world
has the potential to be better.
To never let this happen
again, but most of this is
to the 80 people who were
murdered inside that venue.
Who weren't as lucky, who
didn't get to wake up today.

And to all the pain that their friends and families are going through.
I am so sorry. Theres nothing that will fix the pain. I feel privileged
to be there for their last breaths. And truly believing that I would join
them. I promise that their last thoughts were not on the animals who
caused all this. It was thinking of the people they loved. As I lay
down in the blood of strangers waiting for my bullet to end my
mere 22 years, I envisioned every face that I have ever loved
and whispered I love you, over and over again, reflecting on the
highlights of my life. Wishing that those I love knew just how much,
wishing that they knew that no matter what happened to me, to keep
believing in the good of people. To not let those men win. Last night,
the lives of many were forever change and it is up to us to be better
people. To live lives that the innocent victims of this tragedy dreamt
about but sadly will now never by able to fulfill.

RIP angels. You will never be forgotten." 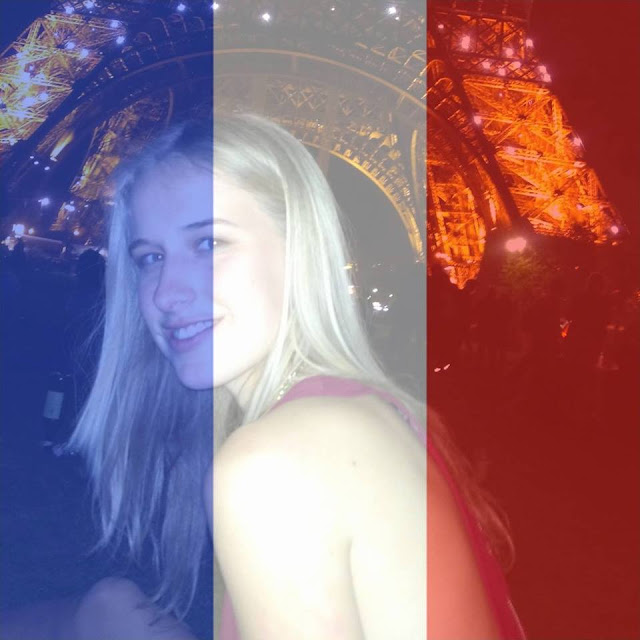