OUR DEBT OF GRATITUDE 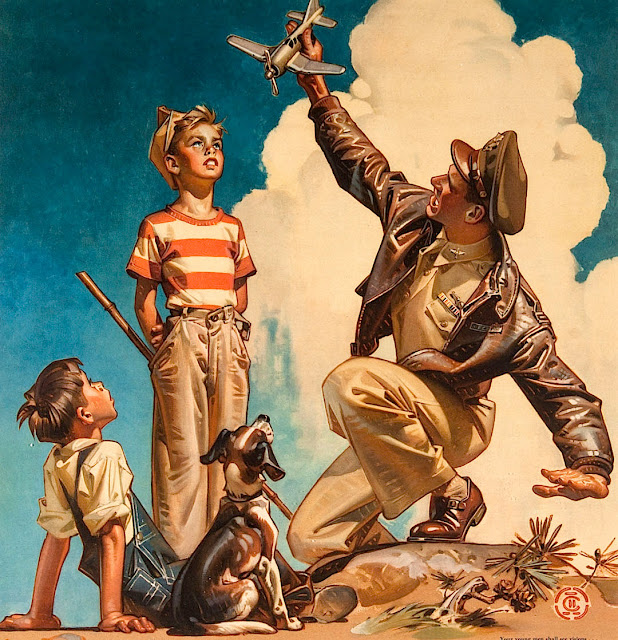 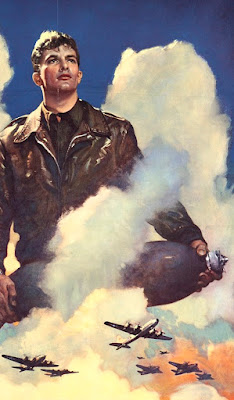 Unspoken truths
As Baby Boomers, most of our parents
fought in World War Two. And most of
their fathers had fought in the prior war
to end all wars. But if you're like me,
you're unable to recall prior generations
ever talking about their war experiences.
Howard was a passionate patriot. Given
he and his compatriots dropped bombs
over Germany, there's no doubt that he
risked his life for mine. Yet somehow,
it never seemed to phase him in any sort
of noticeable manner. It was almost as if
his time on the front had never happened. 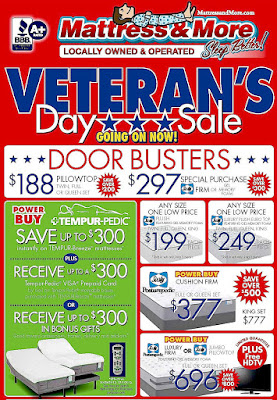 Cheap tricks
Humans are by their very nature quite
combative. During my lifetime our
country has fought in several wars or
conflicts. From Korea to Viet Nam to
the Gulf War, to Afghanistan, to Iraq -
many of our fellow Americans risked
life and limb for all of the rest of us.
Yet it seems that today war is at best
considered a marginal activity - far
beyond mainstream consideration. A
subtext in the news. Even if today is
Veteran's Day most think it's a handle
for semi-annual mattress sales. Why? 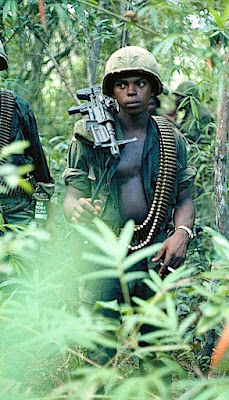 "Us" versus "them"
The last draft was in 1973. I vividly recall
friends and family exiting everyday life to
go and fight in Viet Nam. Meanwhile the
rest of America was actively protesting
the very idea that anybody should fight or
die in a war that for most didn't seem to
make sense. And so we screamed, rebelled,
and even fled across the border. Anything
but participate in what the majority viewed
as a travesty. In the end all that subterfuge
shifted the focus from the men and women
who actually had no choice but to fight.
Or felt they were doing the right thing. 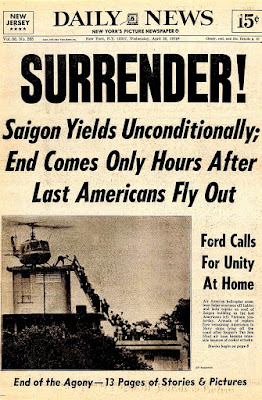 Winner take all?
Like many of the resulting wounded,
the conflict in Viet Nam died a slow
and torturous death until it was finally
over. Leaving most of us wondering
"WHY?" However an even greater
challenge was the human wreckage
left behind by modern warfare. Yet
most of us moved on and slowly we
forgot. Enough so that we more than
willingly supported additional fights
on other far fronts. In the end, the
end result seems to have been nothing
but too many body bags flown home. 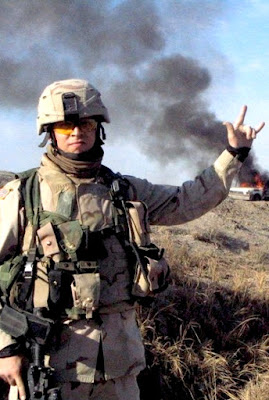 Lost or found?
Now many act as if nothing is going on.
Even worse, we think warfare  is now
the dehumanized domain of drones and
cyber strikes. Nothing could be further
from the truth. The fact is somebody
else is out there fighting for our country
whether we believe said war is right or
wrong. And someday the majority of
those valiant warriors will return home
to re-enter our reality - not theirs. All
with residual baggage that at least from
my perspective is incomprehensible
and possibly insurmountable. 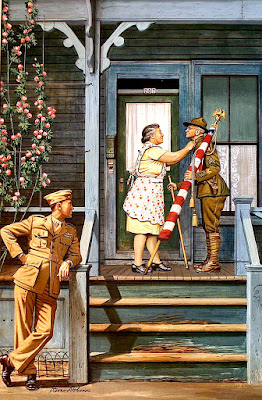 Perception versus reality
To be clear. Many literally die to insure
that we are able to live the lives we live.
I don't know about you but that's a very
sobering and humbling reality. Like our
fathers, they're ordinary people. What's
different is that those out there on the
front chose to be there. Nobody forced
them. Rather they see it as their duty to
protect our fragile freedom. Therefore
it's important to sincerely thank and
honor them for their service. Their job
is to fight for what is right, even if we
naively think it's a waste of time. 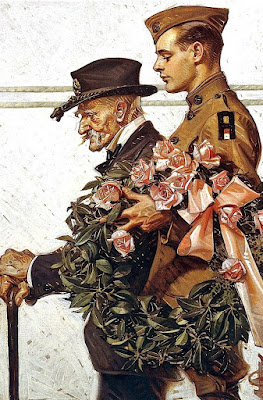 With deepest gratitude
If you want to blame someone for any
battles of futility - focus on a politician.
Those who we elect decide when and
where and why our forces fight. What's
important is to leave all of the bravado
and dissention in Washington. And not
taint those who actually fight the fights
that others deem necessary. Unless you
have stood behind or in front of a gun
you've no idea what it takes to protect
our freedom. So the next time you see
one in our service, THANK THEM.
Trust me, you owe them your respect!
Posted by montanaroue at 4:00 AM