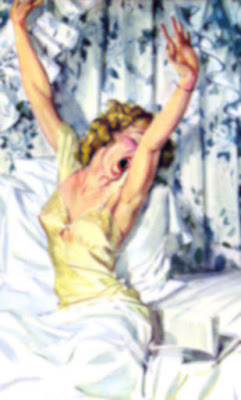 Wake up call
Ever wake up in a complete and total
haze? I frankly pride myself on being
a morning person. Those early hours
of solitude seem to always facilitate
deep thought, intense concentration,
and if nothing else clarity. However
every once in awhile there comes the
time when like it or not I'm USELESS.
In essence I sit and stare into space.
Unable to fully function or if I'm honest,
function at all. What causes disruption?
At times I'll admit alcohol is involved
yet not this time. Could it be old age?! 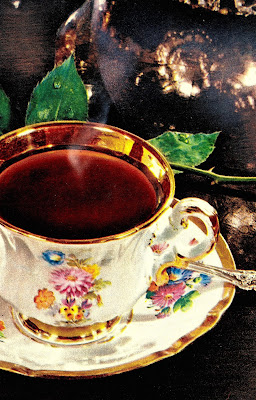 Hokus focus
Like it or not time wears us all out. And
just like anything new, youth has a bright
crispness that slowly wears away with
use. There is absolutely no doubt that I'm
older and... wiser. But the cylinders of
my natural engine don't operate quite
the same as they used to. My quandary is
I can't decide whether my subtle slowing
down is a good or bad thing. Fortunately
I'm confident that my temporary malaise
will soon dissipate. Fortunately there's
coffee. Hence before noon I hope to be
functioning normally. Whatever that is! 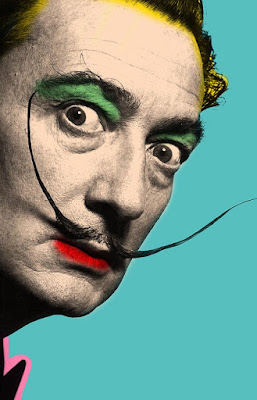 Finding normal
Exactly what is "normal"? In theory
it's a common ground from which to
differentiate non-conforming elements.
However your definition of normal
may differ from mine given we're all
unique creatures. Hence our basis
for normality are highly personal.
Often how we filter what the world
throws at us is dramatically divergent
from the mainstream. At some point
in life one finds peace in their own
abnormal normality. That's when we
embrace who we are - warts and all. 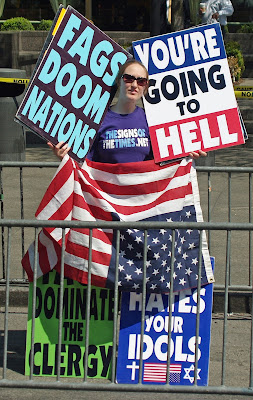 Odd man out
My question is why are some people
hellbent on forcing the rest of us to
be exactly like them? If one believes
in a higher being, then isn't it safe to
assume that they purposefully created
the rather complex creatures we know
as HUMAN beings? Given ethnic and
physical diversity alone, it's fairly safe
to embrace the fact that we're all much
more different but... alike. Differences
are what makes me, me and you, you!
Thus how can some claim that "God"
wants us to conform to THEIR rules? 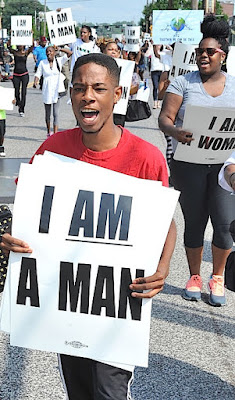 From here to there
The fact is even if you want to, you
can't change into someone you're not.
Nor... can anybody alter what comes
naturally. Can we adapt? Absolutely.
Can we deny? Most certainly. Yet in
the end the truth always comes out.
We are who we are and what could be
a better reason to celebrate?! Rather
than reject diversity, we must embrace
it. The nuances of each individual
creates a deeper, richer whole. And
so, in the end our differences bring us
together and make us STRONGER. 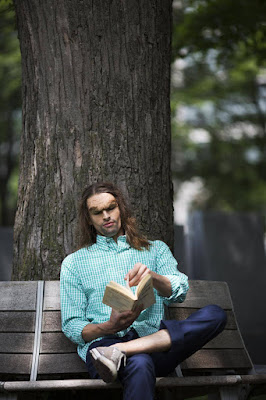 From here to there
The other day I was having coffee with
some friends. A group of rather stoic
gentlemen sat down at a nearby table.
Beyond a few grunts they seemed to
have little to say. Whereas our table
was abuzz with candid camaraderie.
Quickly it became obvious that our
new neighbors did NOT agree with
our opinions. Soon the air grew thick
with negativity and if body language
could talk... it would have screamed
"LIBERALS!" As I ignored them, "B"
gave them the look that said "don't!" 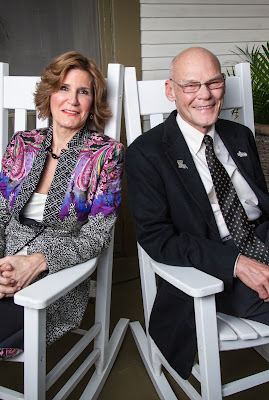 Joint custody
Maybe we could we have talked it out.
However that's doubtful. I marvel at
couples who happily coexist while
maintaining dramatically divergent
political alliances. What's obvious is
that somehow they've figured out how
to live with the other side... and while
they might not always agree, I'll bet
the sex is beyond amazing. Whoever
said neither the twain shall meet must
never have realized that rather than
slamming the door in another's face,
it's better to share connecting rooms. 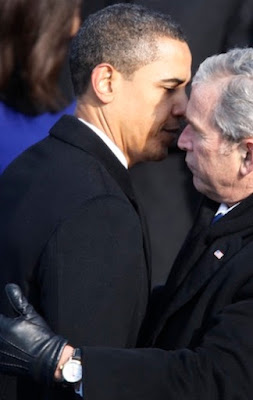 Two for the road
Why does piety always accompany
radicalism?  In my experience the
extremists are unwilling to engage
in a dialogue. They fervently believe
they are right and we are wrong. One
can't help but admire such clarity. Yet
I find it unfathomable in a world that
is often quite fuzzy. Even if someone
draws clearly defined lines in the ever
moving sand it's temporal at best. I've
decided it's better to live in a haze that
forces you to continuously search for
clarity. GOING MY WAY?!
Posted by montanaroue at 4:00 AM