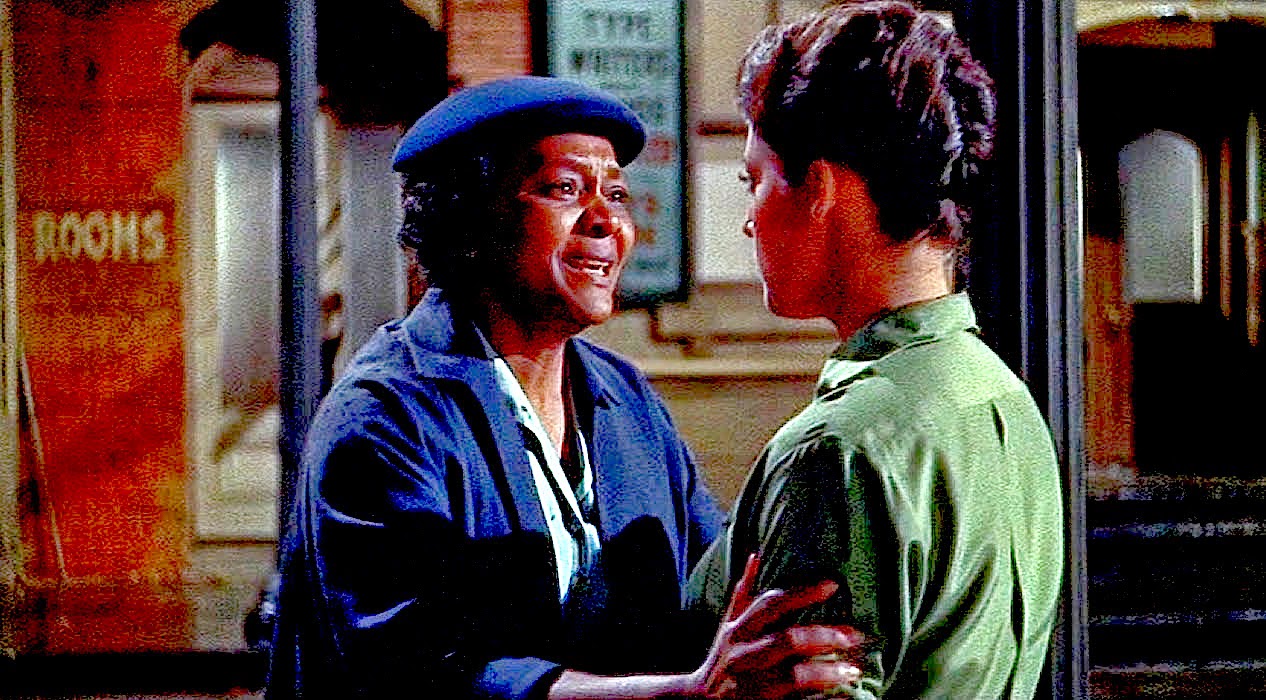 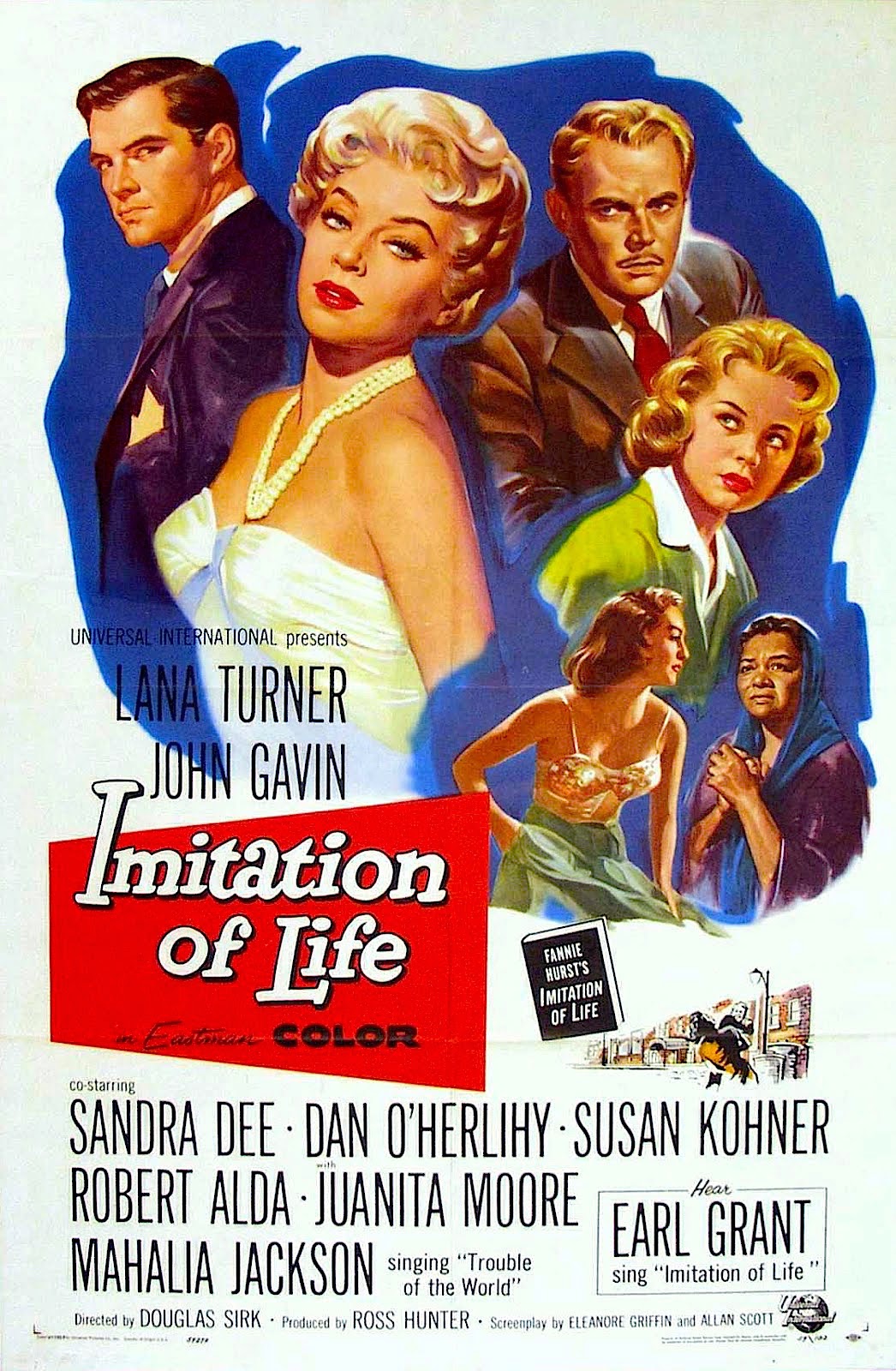 Pour it on
At times one must simply go over the
top. Last night we enjoyed a Sunday
soup supper at home. For dessert we
watched "Imitation of Life." Somehow
Lana Turner in Technicolor and Vista
Vision is the ultimate indulgence. The
gowns,  sets, music, and stars - could
not have been better. Beyond visually
dazzling, films like these tackled many
controversial subjects like rape, racism,
addiction, and adultery. While fantasy
they often taught us about reality. Proof
that good looks can be quite deceiving. 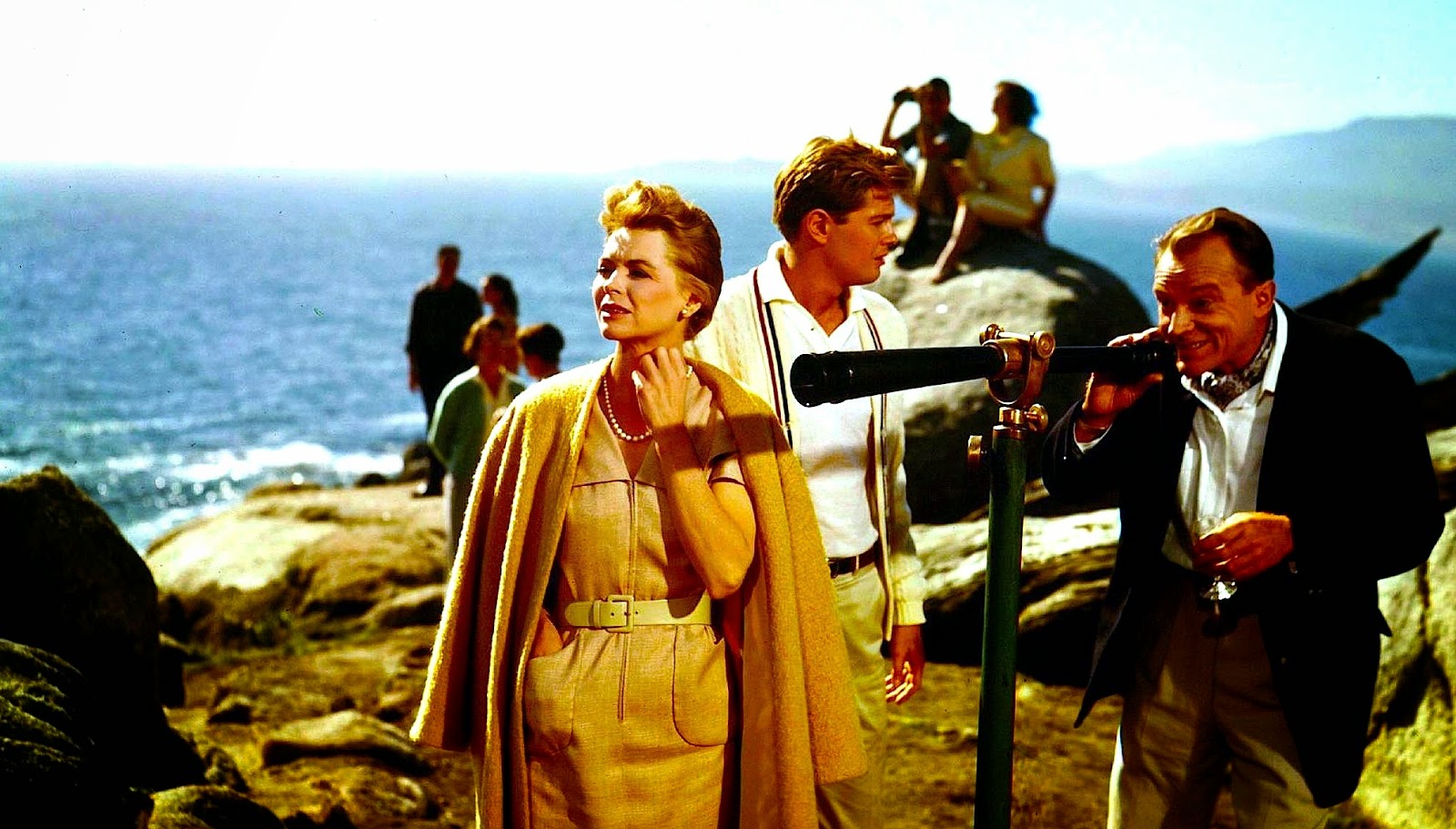 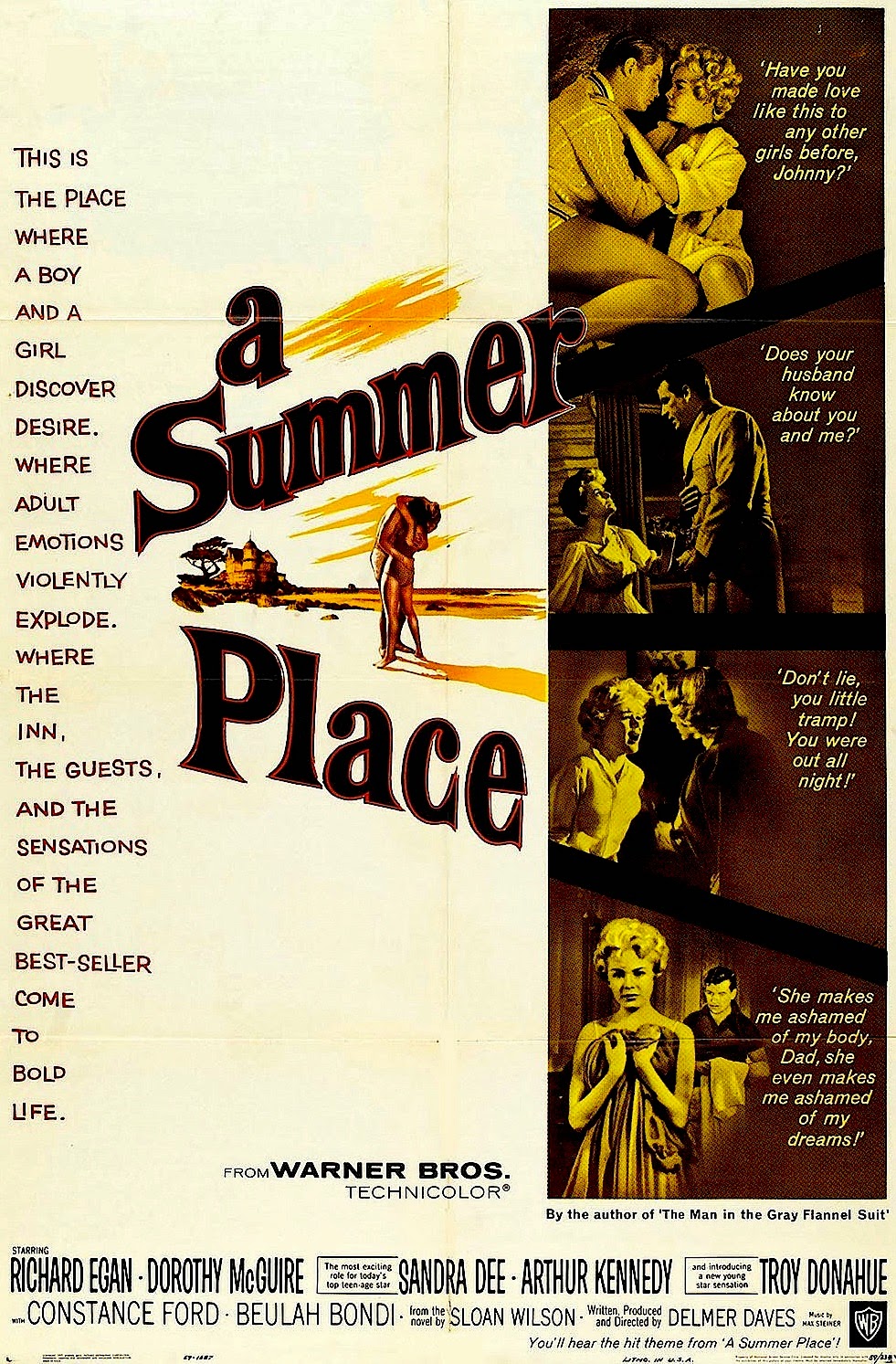 A Family Affair
An example of cinematic controversy
is "A Summer Place" in which teenage
lovers reunite. Not Sandra Dee and
Troy Donohue but their parents! Soon
they divorce his frigid frump and her
patrician drunk and find married bliss.
Yet everyone including their kids jilts
said lovers. Meanwhile Sandra and
Troy conduct their own clandestine
love affair, get pregnant, and secretly
marry. Apparently even in the fifties,
family values were questionable. Proof
that apples don't fall far from the tree. 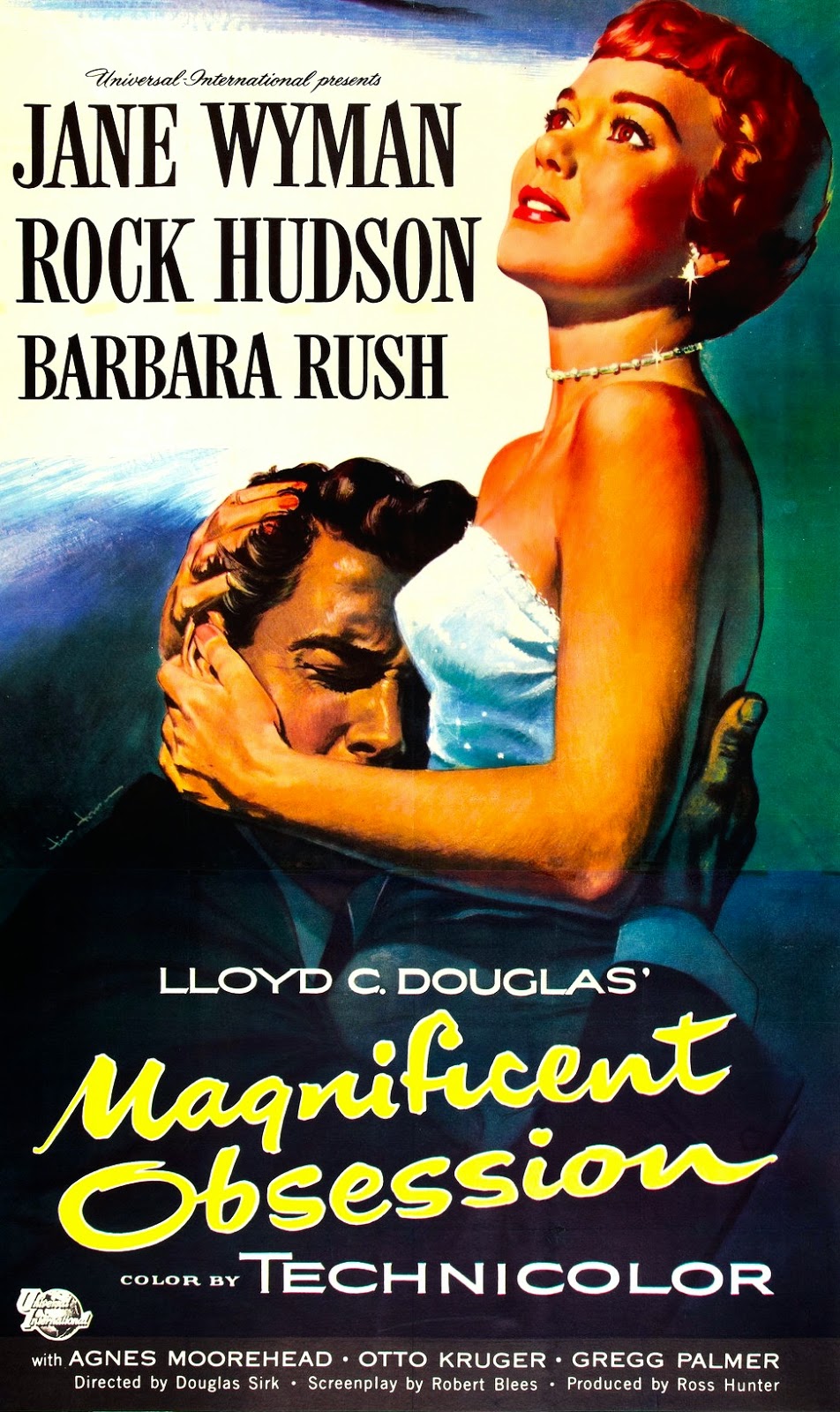 Sight unseen
Accidents are key elements in successful
schmaltz. "Magnificent Obsession" tells
the story of a roue (Rock Hudson) who
accidentally kills Jane Wyman's husband
only to later cause another accident that
leaves her blind. As penance he pampers
her until ultimately, Jane figures out who
he is, forgives him, but runs away rather
than be a burden. Years later they reunite
to live happily ever after. Proof that love
is almost as blind as most of America
given nobody ever seemed to figure out
that Rock was as gay as they come! 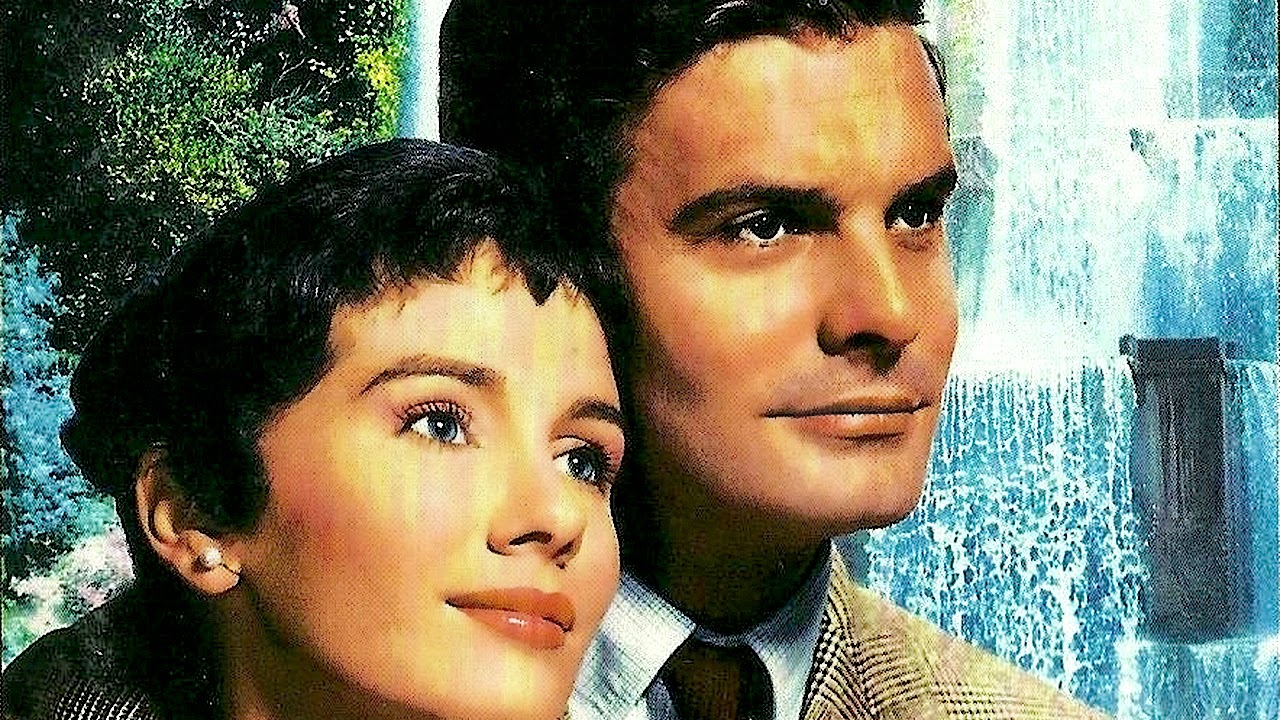 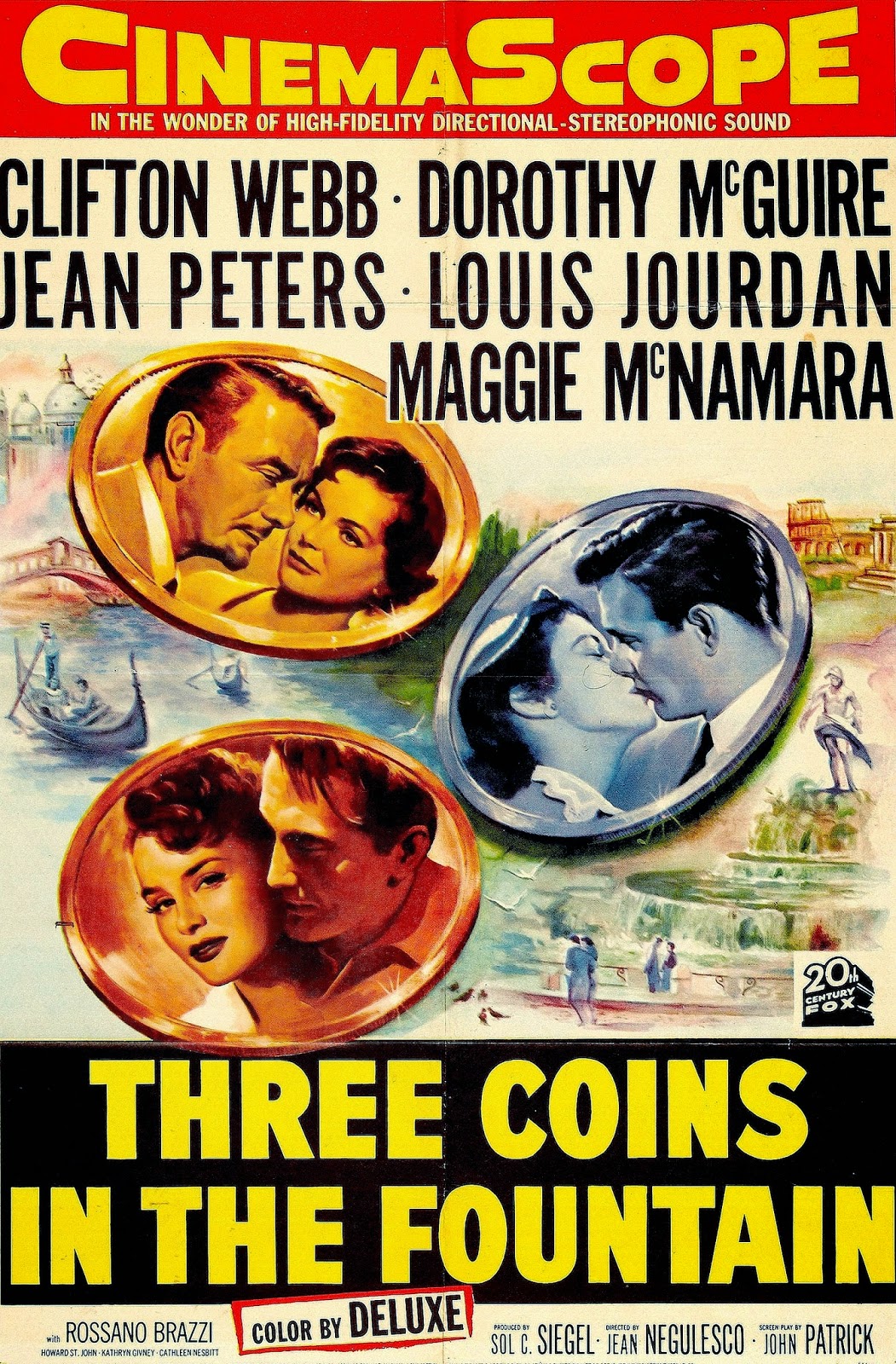 Three's a charm
Scenery can be as important as the story
line and Rome is the real star of "Three
Coins In The Fountain." Miss Dorothy
McGuire plays a level headed spinster
who finally gets her man. While some
may question the appeal of a terminally
ill beau with homosexual tendencies, I
was too busy drooling over my favorite
Italian stallion - Rossano Brazzi. Add
a dash of a very young Louis Jourdan
and who cares who Dorothy marries!
Add Trevi fountain and one has proof
that wet dreams truly do come true. 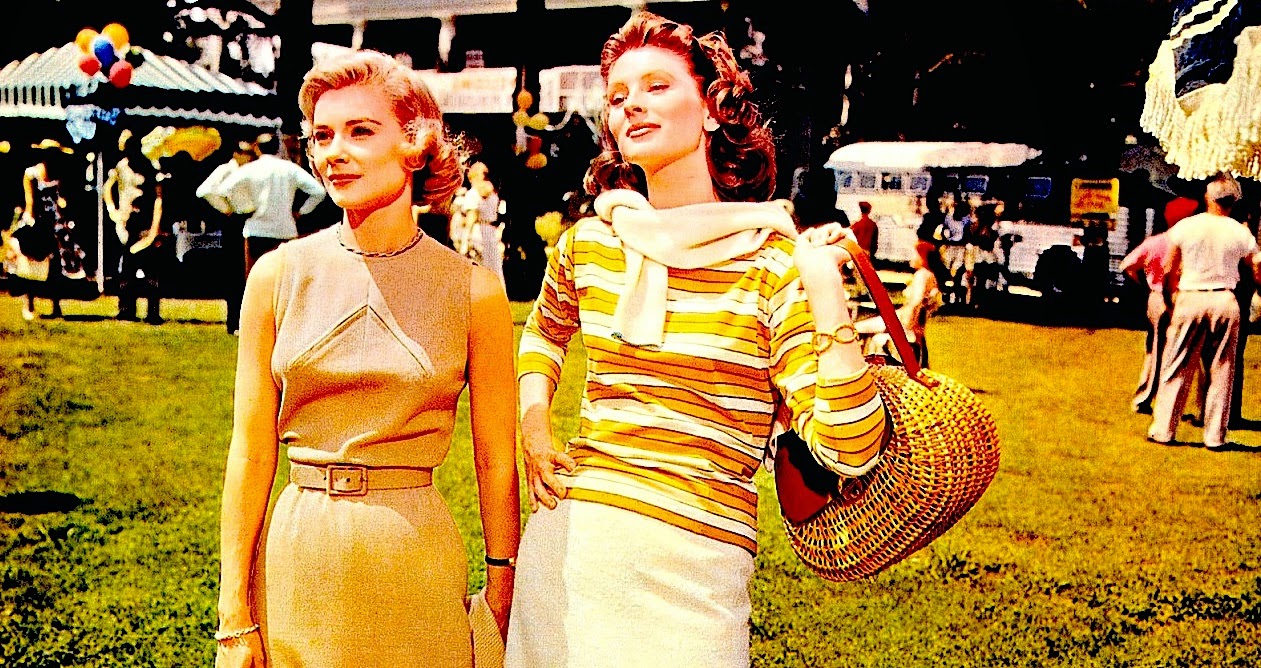 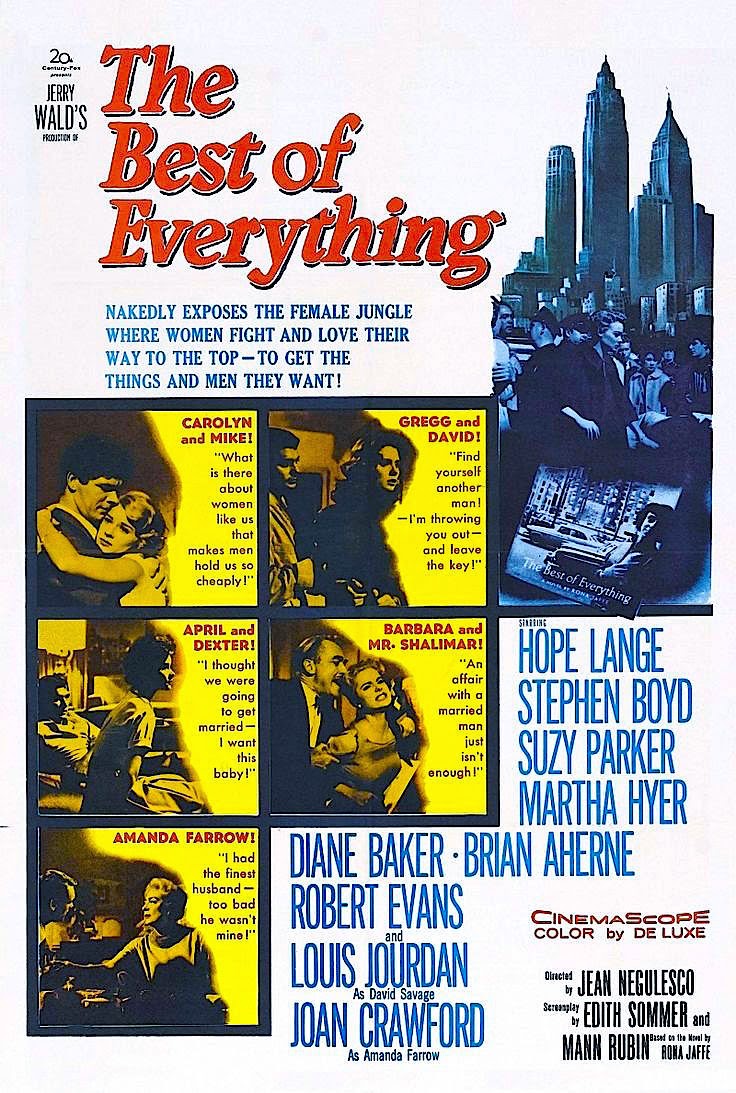 Age before beauty
For whatever reason career girls are
the subject of many of my favorite
schmaltz extravaganzas. Sometimes
art imitates life as is obvious when
Joan Crawford plays a washed up
career gal in "The Best of Everything."
Joan's painted brows and perfect coif
aren't enough to keep her man nor to
complete against the youth and beauty
of Hope Lange, Diane Baker, and the
first super model -Suzy Parker. Proof
that less... is more especially when it
comes to pancake makeup. 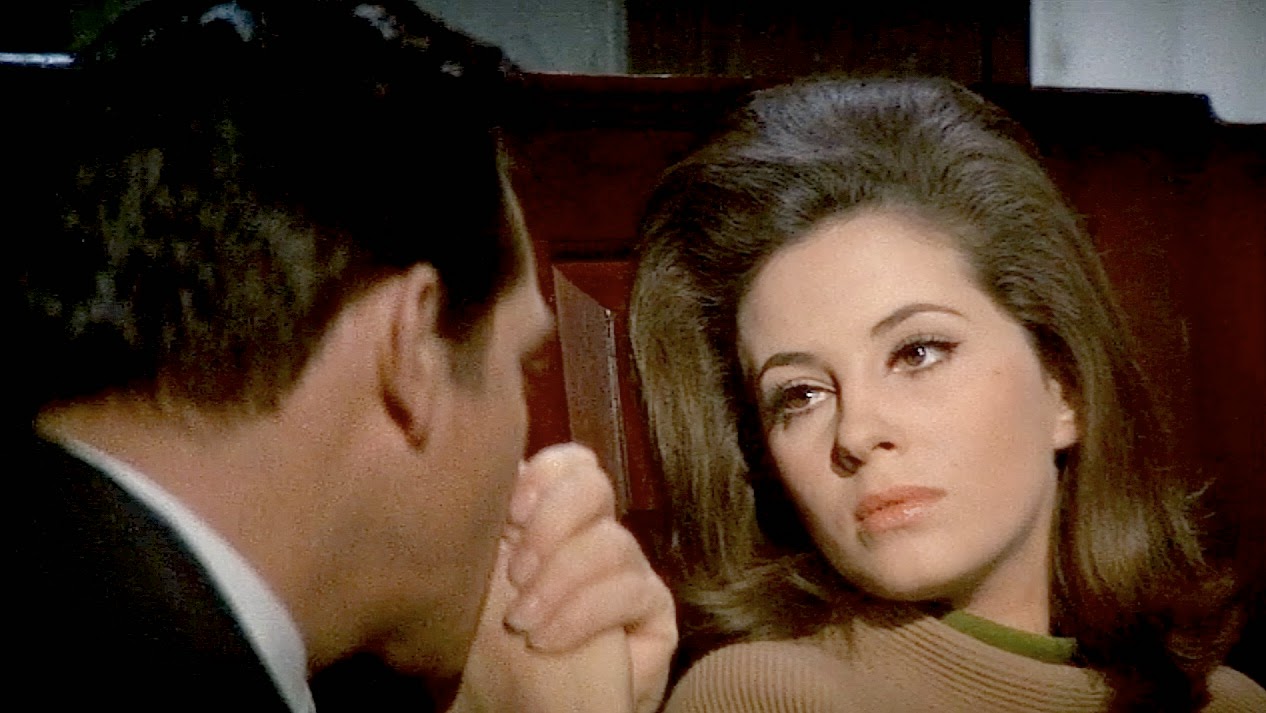 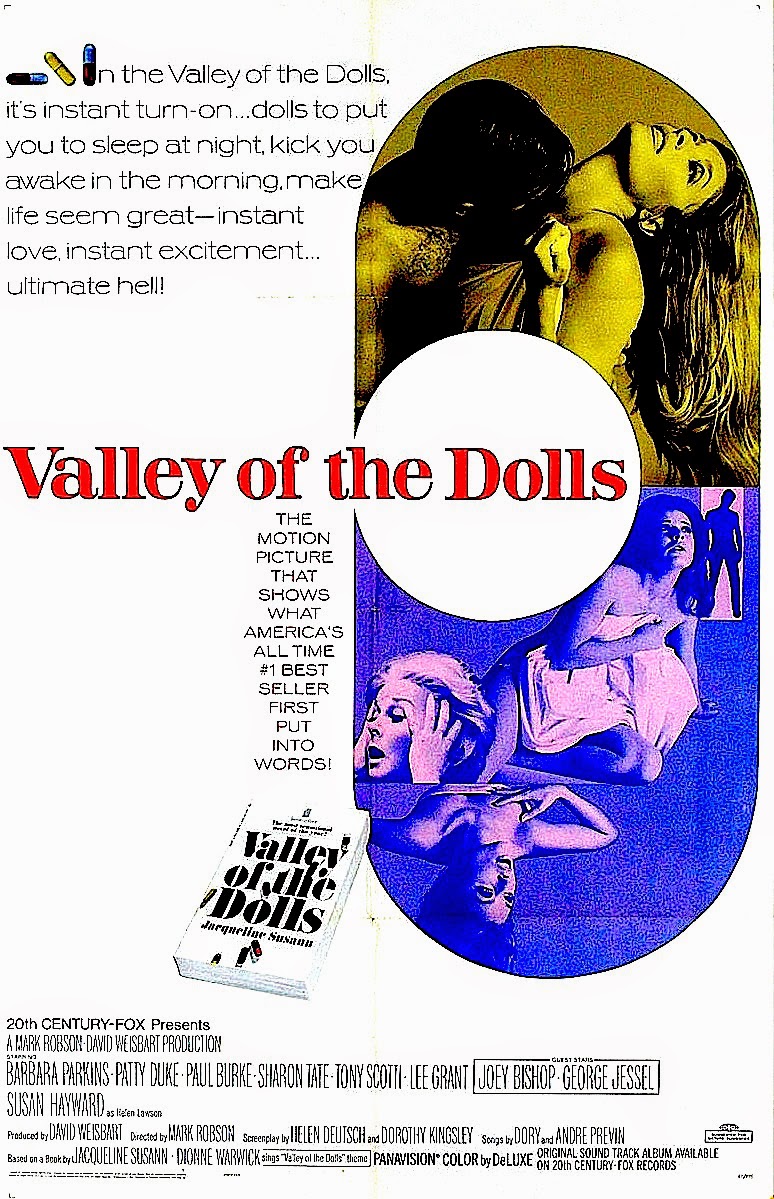 Music to my ears
Why is it that all of the best schmaltz is
always accompanied by fabulous music
that become hits on their own? However
one theme stands above them all and it's
Dione Warwick's rendition of the theme
of "Valley Of The Dolls." Who cares if
the lyrics make no sense - we all want
to get on that merry-go-round! Every
gay man's dream overdose of camp,
few can ever forget Neely O'Hara (Patti
Duke) flipping Helen Lawson's (Susan
Hayward's) wig!  Proof that fame is
fleeting - hair today - gone tomorrow! 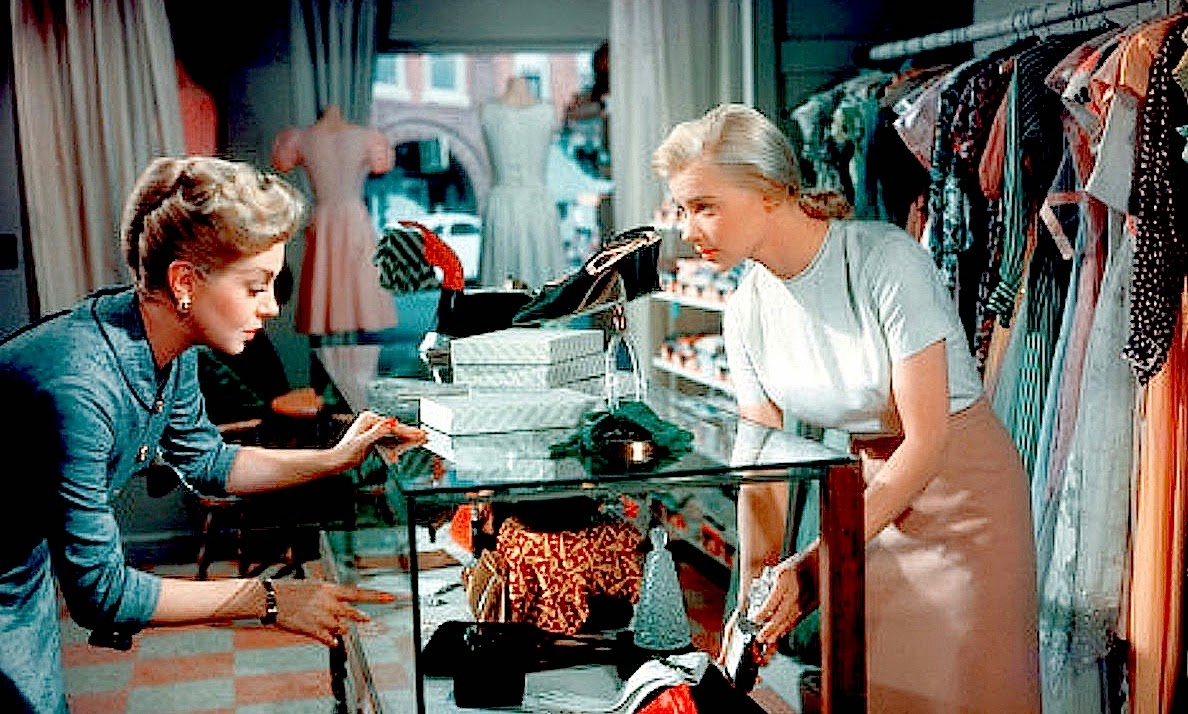 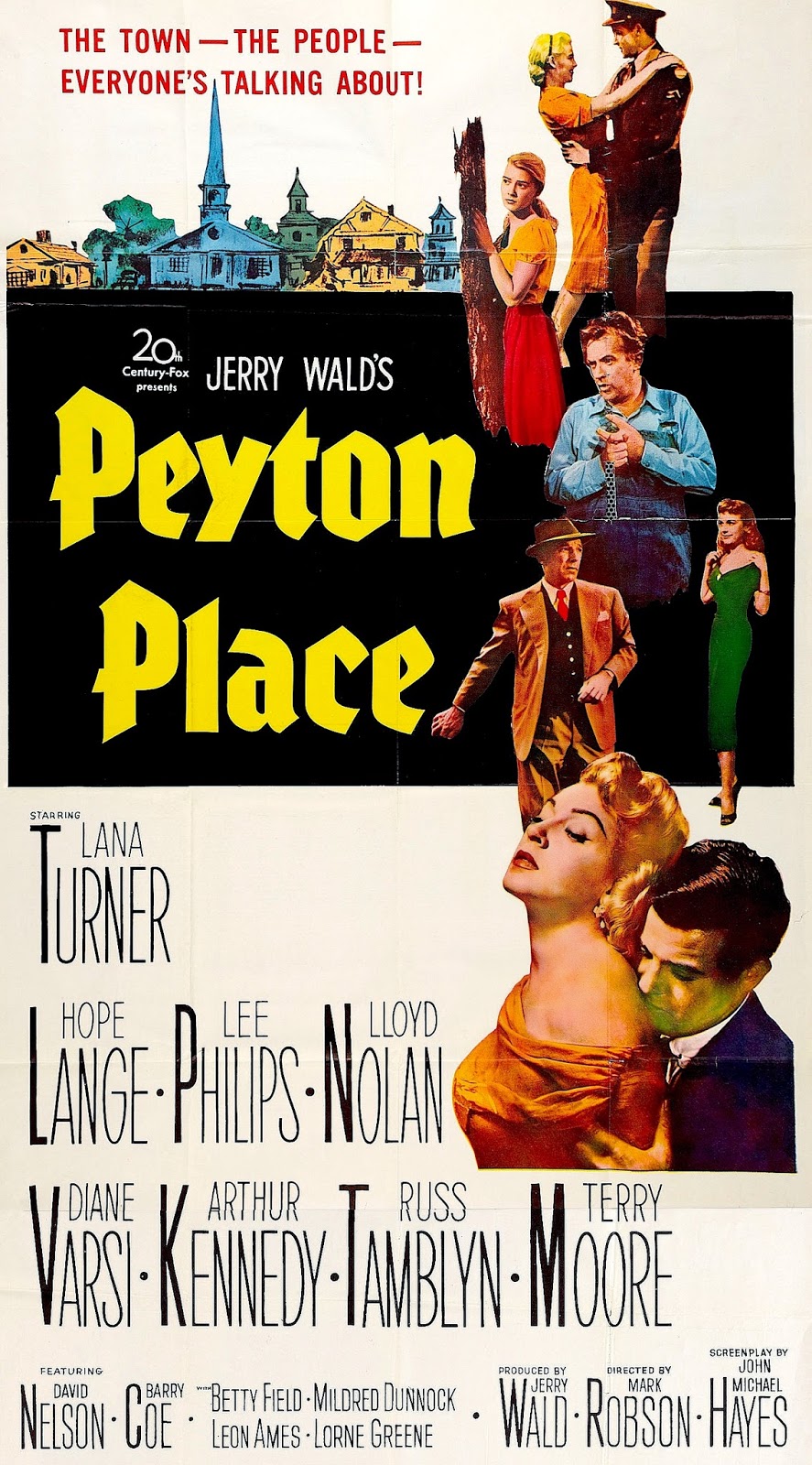 Some like it hot
In closing, one can't complete an overview
of cinematic schmaltz without mentioning
the ultimate in fabulously filthy fifties flicks -
"Peyton Place." While the very idea of Lana
Turner living in a small New England town
still baffles - somehow it was all believable.
From the florid start to sordid end it's a roller
coaster ride of ridiculous scandals. In the
end the ingenue writes a book and goes to
New York. Yet I much prefer to spend a cold
winter's evening watching it on DVD in rural
Montana. Proof that it doesn't matter where
one serves schmaltz as long as it's HOT!