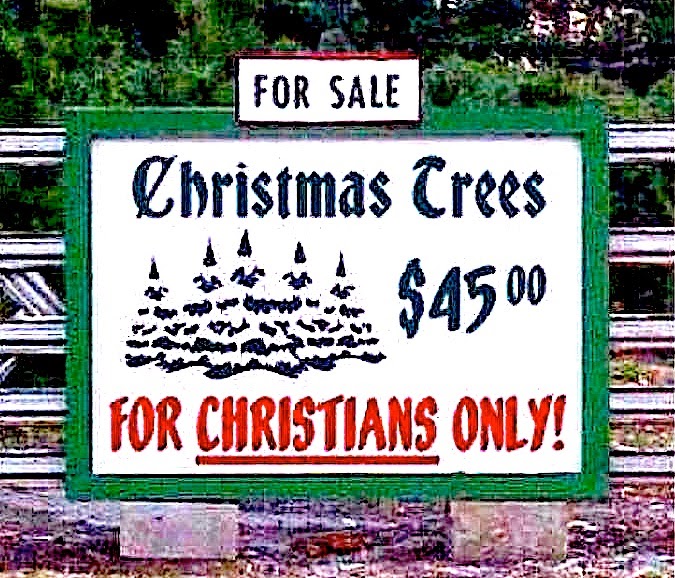 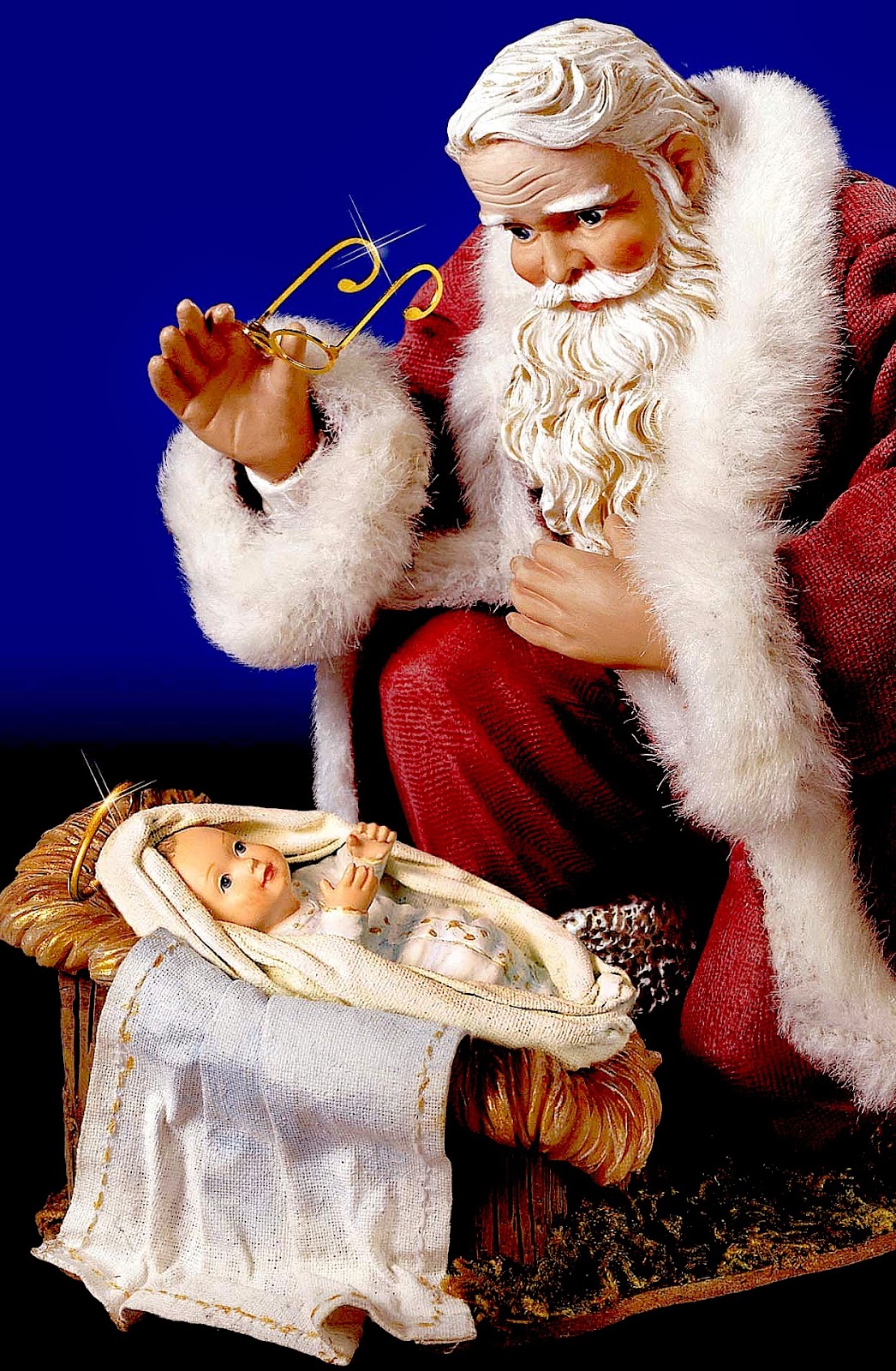 WWJD?
Given today is Christmas Eve, I should
be either spiritual or secular in today's
missive. The problem is that no matter
what I say, somebody will be left out of
the picture. Those who just celebrated
Hanukkah may find offense while those
of the granola orientation seem to abhor
anything even slightly materialistic. In
the end while I hate to admit it, someone
may hate what I've written. There's little
I hate more than not being all inclusive.
Which has me thinking... why is it that
we all just can't seem to get along? 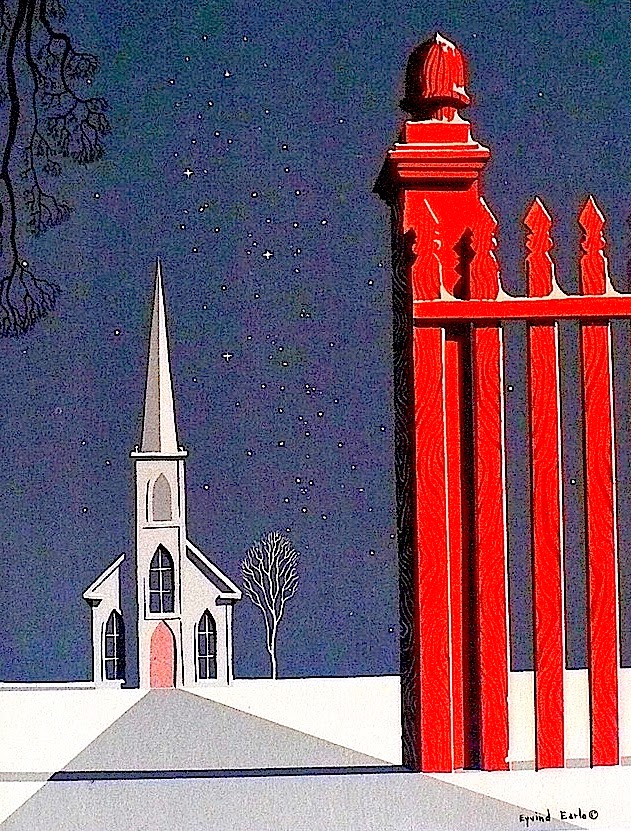 Odd man out
Some of us have been fortunate
to attain a level in life that few
achieve. Once blessed, most of
the elite become more than a bit
self satisfied. They've got it all
and most others don't. Thus it
makes sense that many prefer to
exist in a rather insular fashion
with those of like circumstances.
Rather than expand, learn, and
grow - similar individuals group
and do whatever is necessary to
keep others not like them - OUT. 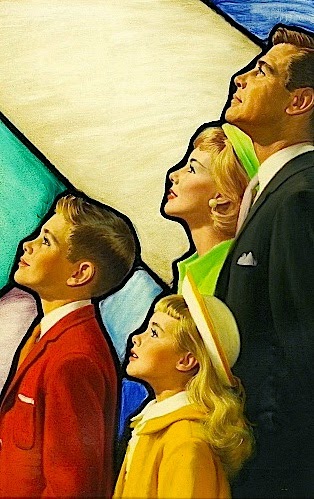 In the name of God?
Religion is sadly one of the places where
"us versus them" thrives. Often the weak
hide behind dogma whereas those strong
allow themselves to explore new ideas.
Fundamentalism is all about fear and also
frankly laziness. All decisions are made
for you with rules established that make
sure you adhere to said constraints. All
you have to do is follow. Yet some of us
question whether God is actually in any
of this given most of said dictates were
created by men who are human at best.
Where is the right in wronging others? 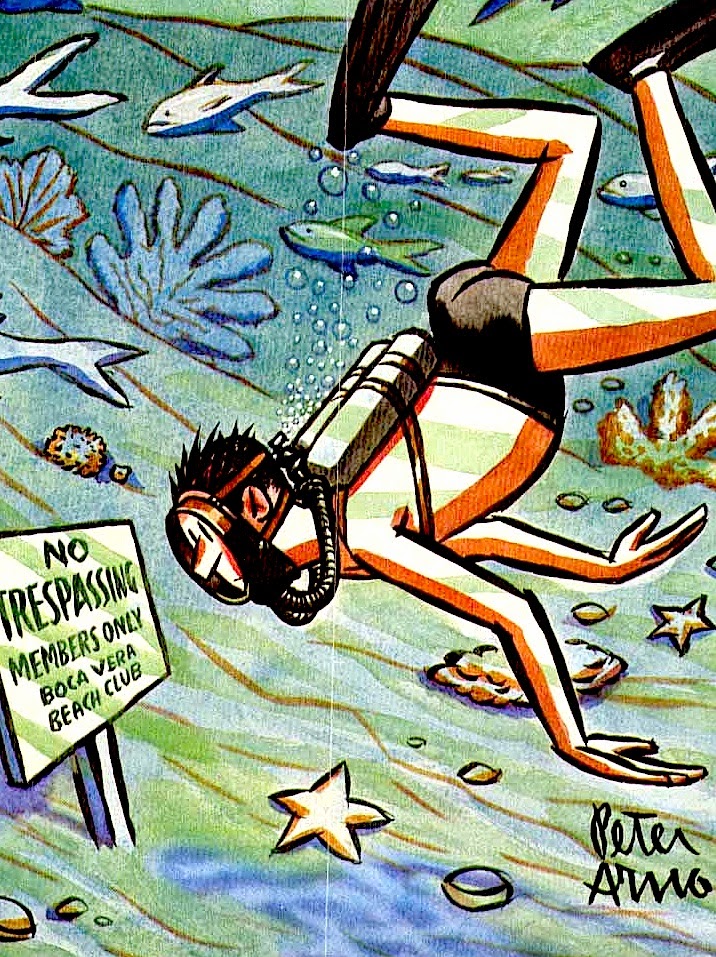 NOCD
"Class" is the most virulent form of
prejudice. A long divorced friend
attended a holiday cocktail party in
her old suburban digs. Suddenly
back in her old stomping ground
she was attacked to a rabid pack of
animals. Said predators are a well
bred species that often cluster in
country clubs. Sadly former dear
friends now literally snubbed her.
It was as if she didn't exist. Given
she was no longer a member of the
club, in thier minds she didn't. 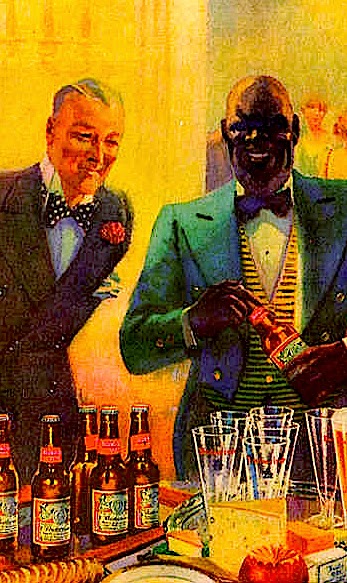 Well... bred
Race and lineage are often the easiest way
to define who is what. The genetic and
cultural nuances that make our world so
diverse are used by some as weapons of
destruction rather than reasons to celebrate.
The color of one's skin or the shape of their
eyes has nothing to do with who they truly
are. Yet prejudicial hatred has too often
destroyed any chance of finding common
ground. Many abhor the idea of interaction,
collaboration, and compassion. Instead they
prefer to punish and even kill those who are
not like them. Otherwise they lose control. 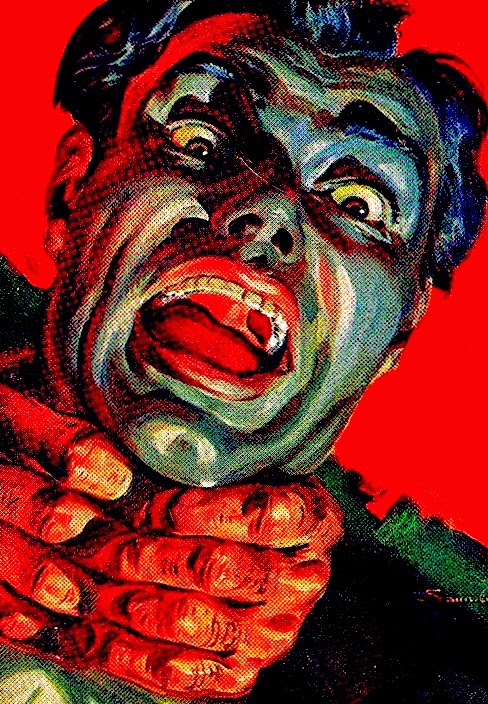 Doing what comes naturally
I can't understand why some are so
cruel to others. While insecurity or
paranoia may fuel abuse - there's
got to be a better excuse for hatred.
Why are some so ready and willing
to inflict pain? Experts theorize that
hate is a natural phenomena - part of
our genetic cocktail. Given DNA is
an amalgam of all who came before
us, in theory some of us are naturally
hateful. That's why it's important to
provide some sort of societal context
to keep that cancer under control. 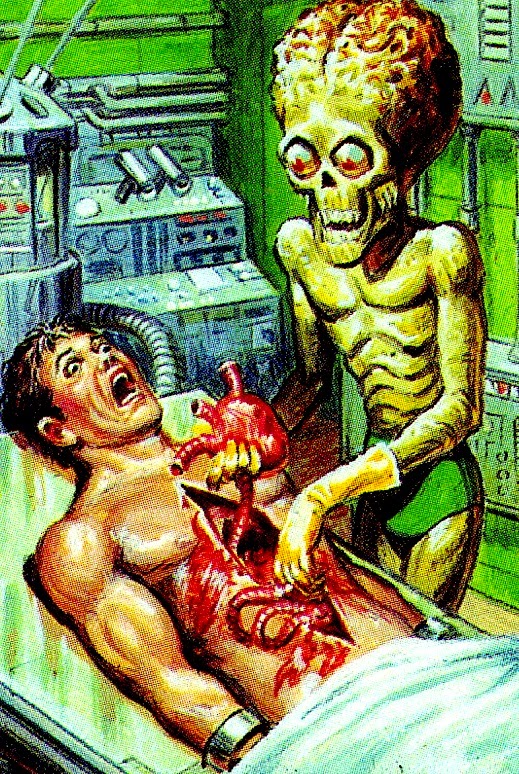 Been there, done that
Hate is poison that at times can kill.
Yet, if like MRSA all of us naturally
have a little bit of it in us - it's easy
for the weak to falter, to indulge,
and even revel is the putrid pleasure
of making someone else a pariah.
Our challenge is to keep one's innate
disdain for the extraordinary in check.
I recently saw a comparison of slurs
made against minorities - gays, blacks,
and Jews.  All of the same lies have
been used in defense of hatred for all.
Hate is hate no matter who you hate. 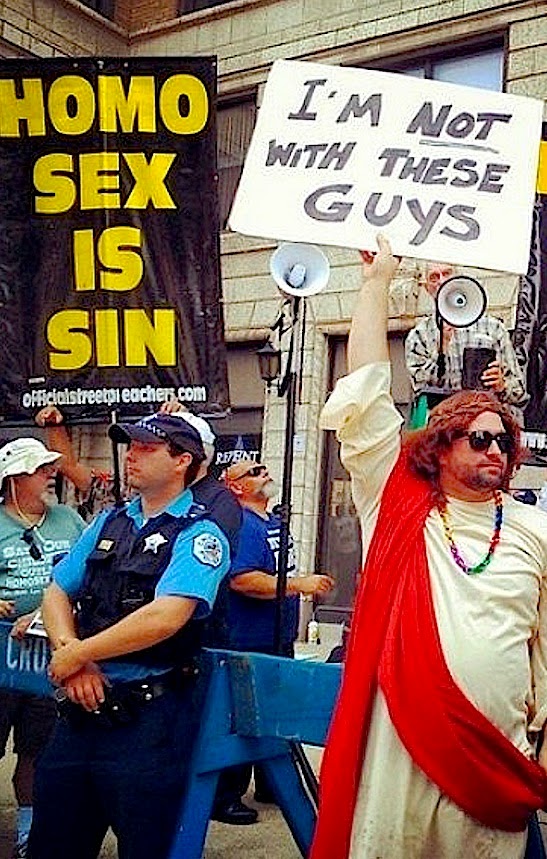 Not me
Anybody can alter their behavior but
nobody can change who they naturally
are. If hatred is a genetic malfunction,
then bigots should be treated much like
addicts. Yet sadly, unlike the abuse of
alcohol or drugs, hatred rarely kills the
hater. Hence all who are not inclined to
hate must battle prejudice and ignorance
in order to maintain equality. We are all
fortunate to live in a country where all
can believe whatever they want - as
long as nobody hurts anybody else. Yet
why do some attempt to legislate hate? 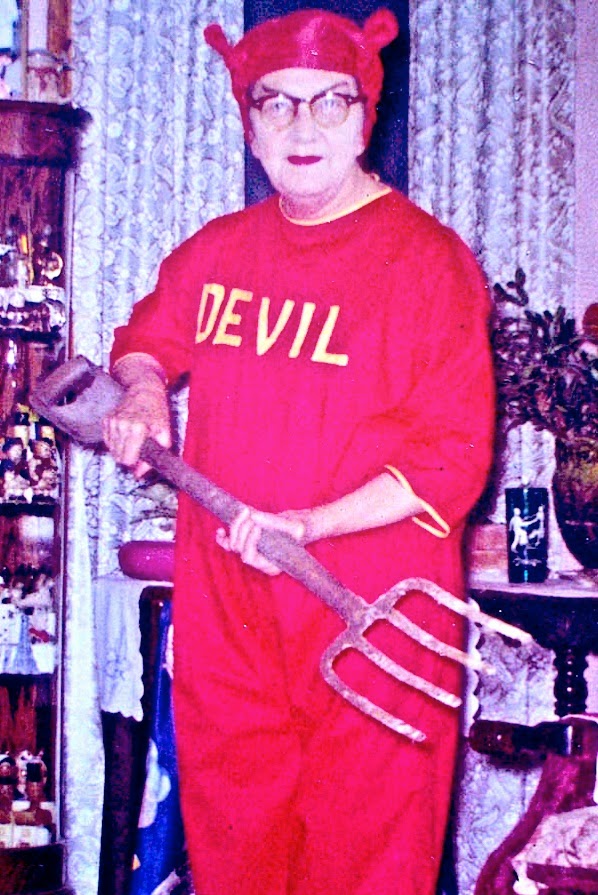 Winner takes all
It's all a matter of being in the wrong
place at the wrong time. One can be
successful, respected, and admired.
Then suddenly... the oddest man out.
Once the tsunami of prejudice rolls
across one's life it's impossible to not
get swept away. Therefore the only
way to survive is to climb to a higher
plane and rise above it. What's most
important is to never allow another's
disdain to create hate within you. It
it would be so easy (and natural) to
play their game. Why let them win?
Posted by montanaroue at 4:00 AM