Of mice and men 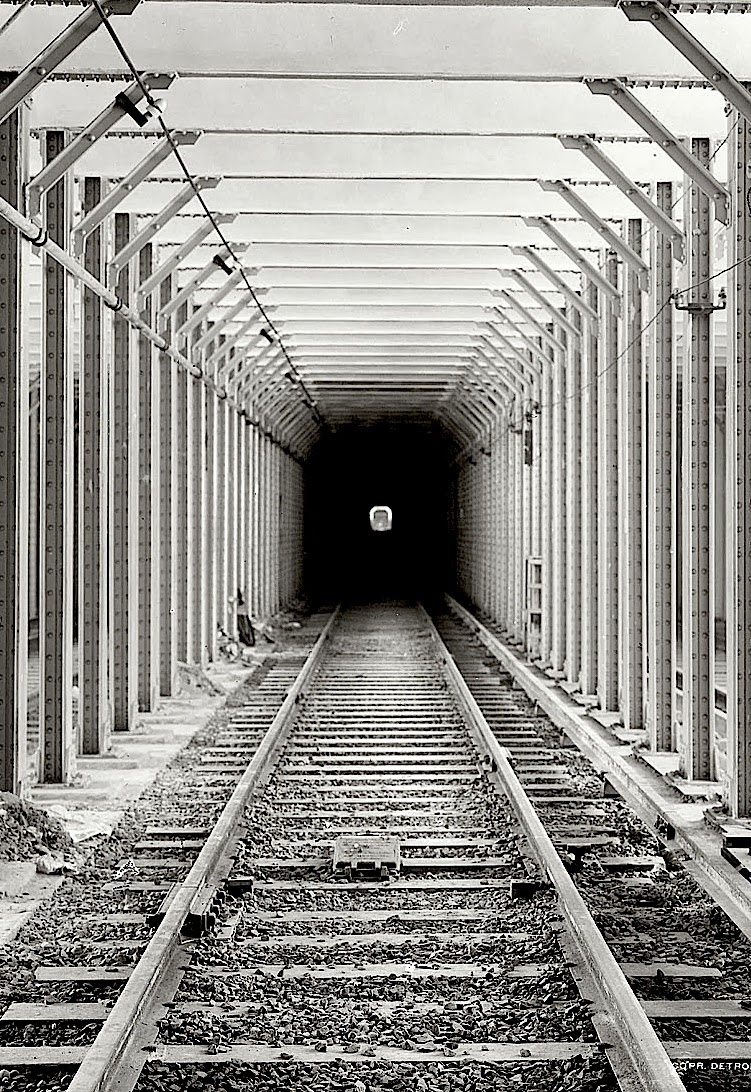 Rats!
The other evening I rushed onto the
M train (subway) just as the doors
were closing. As I got my bearings,
I realized that my fellow passengers
were in a frenzy. All because a small
rat was in the car riding along with all
of us. Terrified, the poor rat ran from
one end of the car to the other as we
humans scrambled and screamed out
of it's way. We sat with our legs raised
as we waited to reach the next stop!
Upon arrival we ran out as others ran
in to grab a seat on the Rat Express! 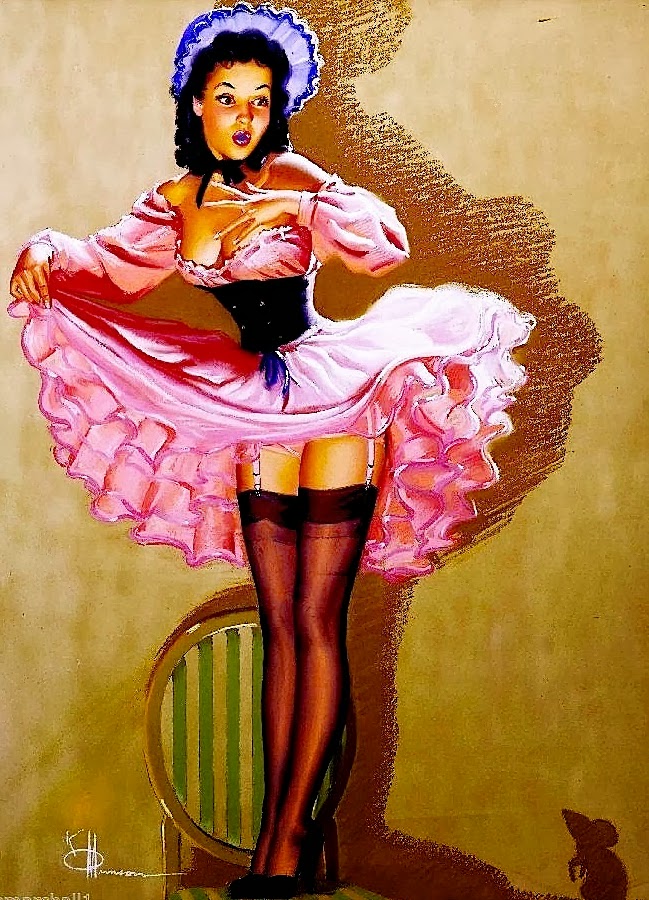 You dirty rat...
It's funny how that even the thought
of a rodent can throw most of us into
a frenzy. Our little furry friends aren't
all that evil. Like us they're trying to
survive this rat race we call life. For
whatever reason we innately loathe
rodents and when one is personally
confronted with their reality most
of us recoil and then do everything
possible to eradicate their existence.
If you've ever had a mouse in the
house, you know that's not as easy
as one might assume.  EEEEEEEK! 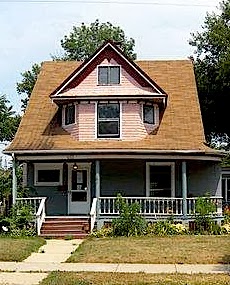 Bait and switch
In my younger and more vulnerable years
I decided to uproot my family and move to
Illinois. In those years of 18% mortgages,
Lincoln's state was a candy land of bargains
for East Coasters like us. We purchased a
quite large and charming Victorian abode
and furnished it beautifully. Then one fine
morning we came across some small black
"seeds" in a kitchen drawer. Hmmm... 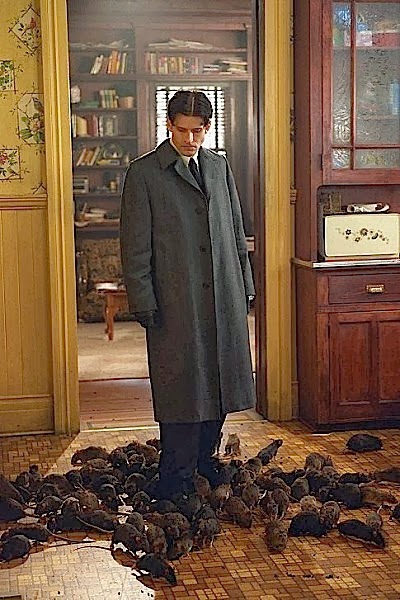 Trapped
Quickly we learned that our discovery
were actually mouse droppings. Now
fully aware of a potential problem, we
searched and found black bits of terror
throughout our beautiful home. Then
one afternoon as we sat in our thirty
foot long living room, we watched a
mouse scurry across the new carpet.
That's when we realized that our new
home was completely infested with
furry friends. They say that if you see
one, there are at least ten. Well, in
our case there were a few more... 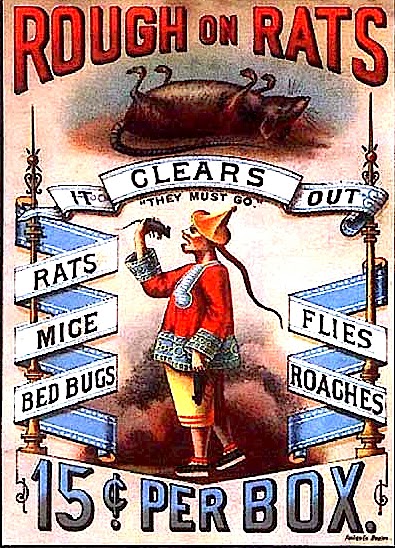 Poison Pill
We called in Orkin and quickly they
set poison and traps throughout the
house. It's odd what one gets used
to. Every dawn I would patrol the
battle field and swat poisoned mice
to death with a broom. Plus collect
traps full of the those who did not
nibble of the kibble. Each weekend
I crammed steel wool into crevices
and spread mothballs out in crawl
spaces. We did everything possible
to rid our home of mice and won!
Then quickly, the victors MOVED! 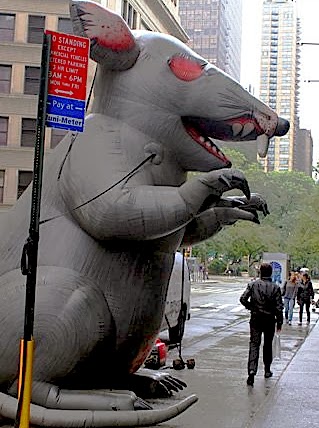 Gone but not forgotten.
You see, in the eyes of my ex wife
our home was sullied. To most of
us anything that a rodent has even
sniffed is no longer palatable. Just
the thought of their being adjacent
can push most of us over the edge.
That experience taught me to be
vigilant of vermin. A skill set that
has since helped me in all aspects
of my life including at the office.
You see, not all vermin are furry.
However most will take the bait.
You simply need to set out the trap. 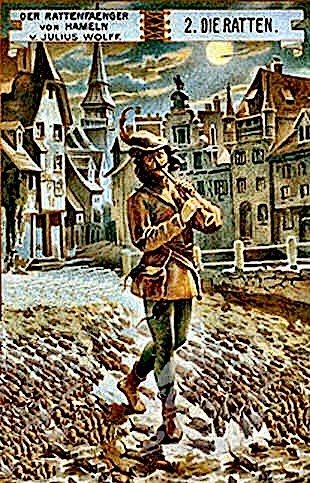 Follow me
Unlike the average house mouse, human
vermin are fully aware that their actions
impact others. I've watched first hand as
one individual and his minions quickly
infested a company and tainted it beyond
repair. The problem was that the rest of
us didn't fight the infestation. Rather we
welcomed them with open and naif arms.
Initially this breed attempts to charm and
woo it's prey. Then slowly, they nibble
away at all aspects of one's weaknesses
in order to become the superior species.
The only way to defeat them is to lead. 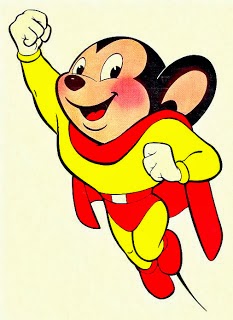 Superior species
Rats feed off others as their legions grow.
Therefore one must find and eradicate
whatever nourishes and fuels their power.
Rather than be innocent prey, we must be
proactive protectors of whatever we value.
Why would anybody allow vermin to take
over? Instead we must act with conviction.
That sort of bravery doesn't make you a
super hero, but it does prove that one is
committed to doing the right thing. And
that is what separates mice... from men.