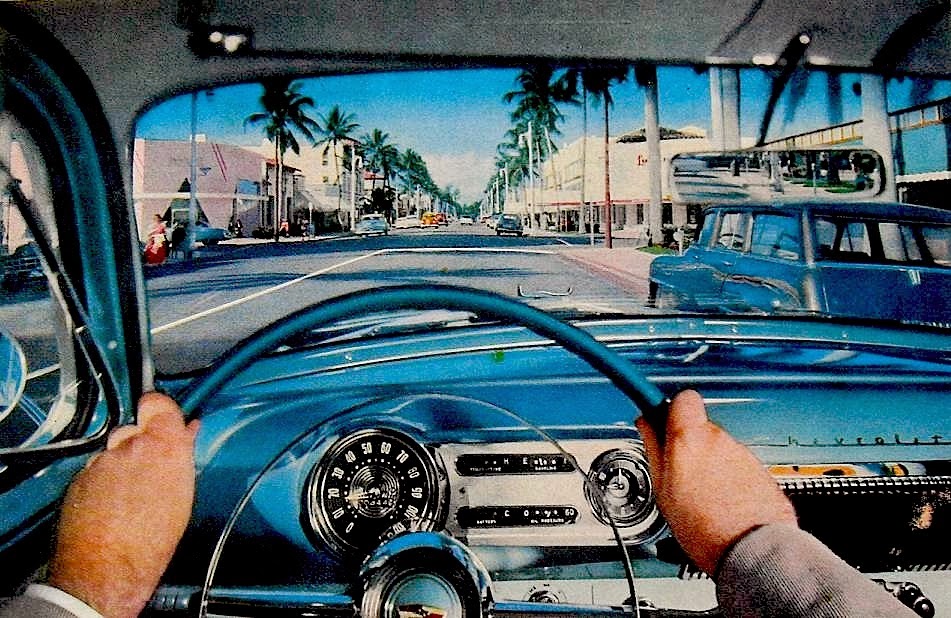 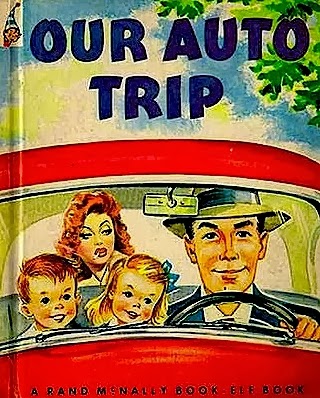 Hit the road Jack
It's odd how different one's life
can shift from week to week.
When in Montana we need an
automobile. Whereas when in
Manhattan, we either walk, hail
a cab, or hop on the subway to
get anywhere. In between visits
to Lewistown, I truly don't miss
driving. However once I slip in
behind the wheel I simply pick
up where I left off. Could one's
ability to drive be genetic? You
either got it or you ain't?! 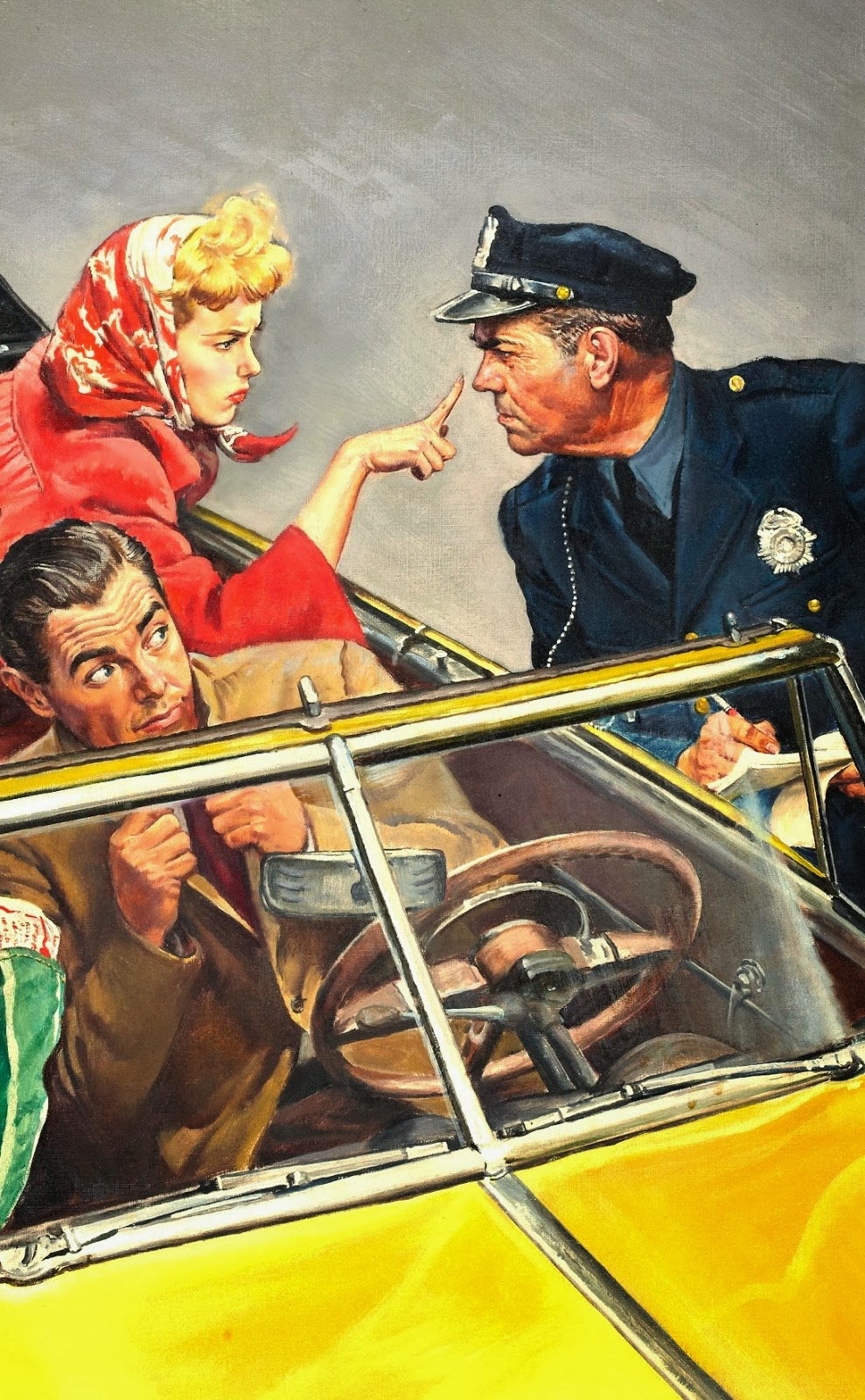 Queen of the road
Ethel assumed she ruled the road given
she owned whatever room she entered.
One day Mother decided to turn around
on a major avenue even though signs
stated it was not permitted. Suddenly a
well dressed gent stepped into the street
in front of our car motioning her to stop.
He asked Mother if she was aware that
she had broken the law. In response she
said "Who do you think you are, a cop?!"
To which he replied "Well yes, I am" as
he pulled his badge and then wrote out a
ticket shortly thereafter. Case closed! 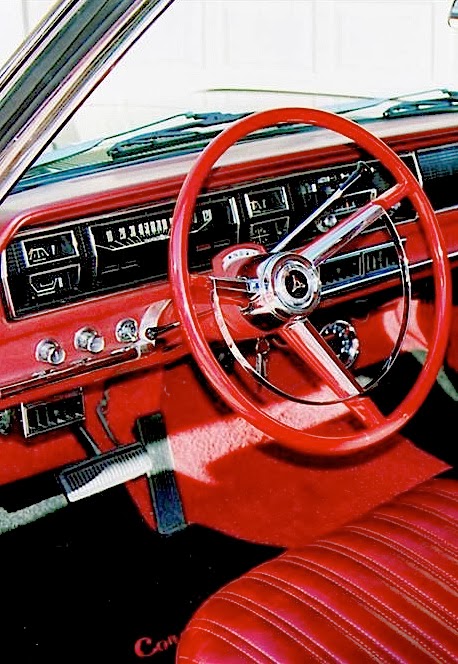 Class action suit
After I got my drivers permit, my Dad
tried his best to teach me how to drive.
For several weekends he attempted to
show me the ropes. However I tried
it was impossible to avoid the trash
cans positioned to guide my parallel
parking. While a kind man, Howard
was not the most patient of teachers.
Finally he hired our UPS driver to do
the dirty work. I guess Dad figured
that any guy who could drive a truck
around Manhattan could teach his
sorry son how to do the same! 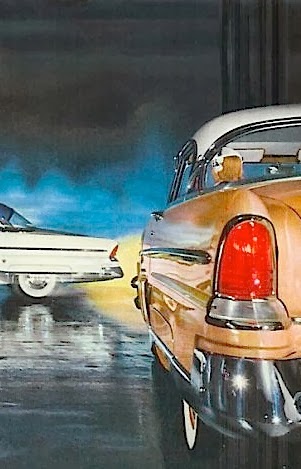 Baby you can drive my car
Fortunately Bob B was a great teacher
and I quickly passed the test. Even with
his endorsement (plus the DMV's), I still
can't believe that my father ever willingly
handed me his car keys. On my first solo
foray, I learned that my biggest threat
was not my inability but that of other
drivers. When the car ahead stopped
short, I hit the brakes but still hit it's rear
bumper. Happily there was no physical
damage after a quick curbside survey.
But emotionally, this almost accident
made me a wreck for months! 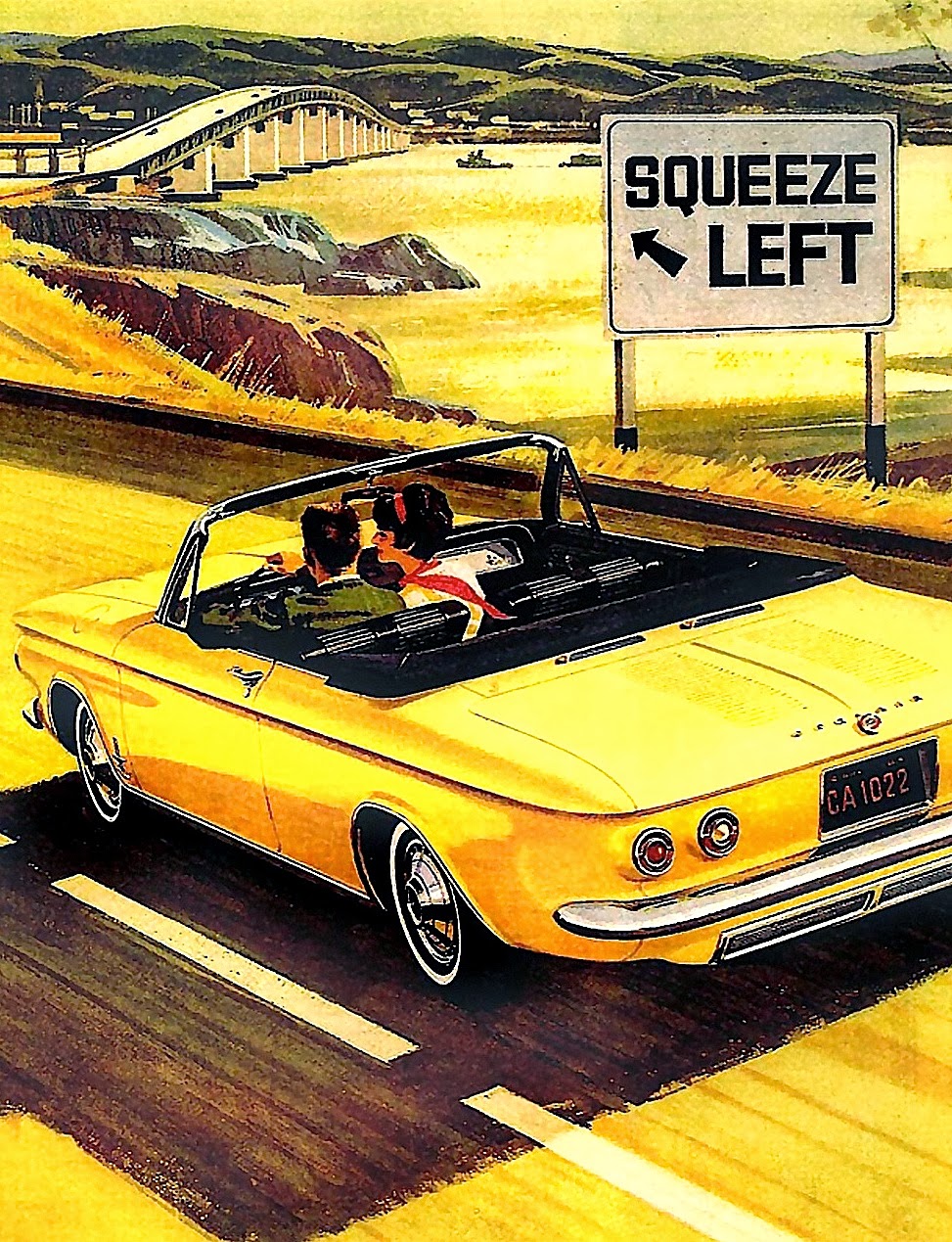 Training wheels
The first car I purchased with my
own cash was a Dodge Coronet.
God how I loved that car! There
was nothing more fun than pulling
the vent knob as I sped down the
road. Girlfriends tended to not
agree as that blast of fresh air
always blew their skirts above
their heads! My high school
sweetie had a Corvair convertible.
Plenty of room with no hump (in
the middle of the floor that is!)
How often we put on the brakes! 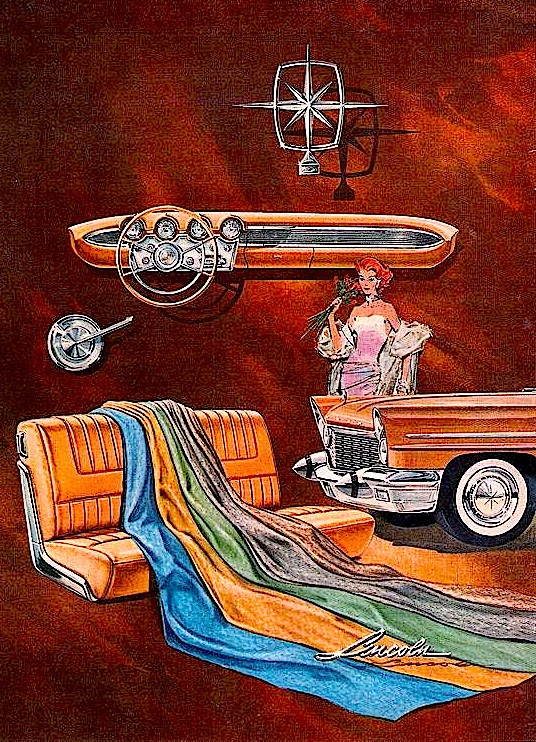 Fully loaded
As a young parent I purchased a
commodious Lincoln Town Car
rather than drive a mini van. While
oddly pretentious, it fit all six of
us and plus our baby gear quite
comfortably! Post divorce I was
more than thrown off by my life's
change of events. So much so that
I "forgot" to put oil in a new car.
One night it froze up on my ninety
mile commute to our second home
in Michigan. Trust me, I'll never
forget to fill 'er up again! 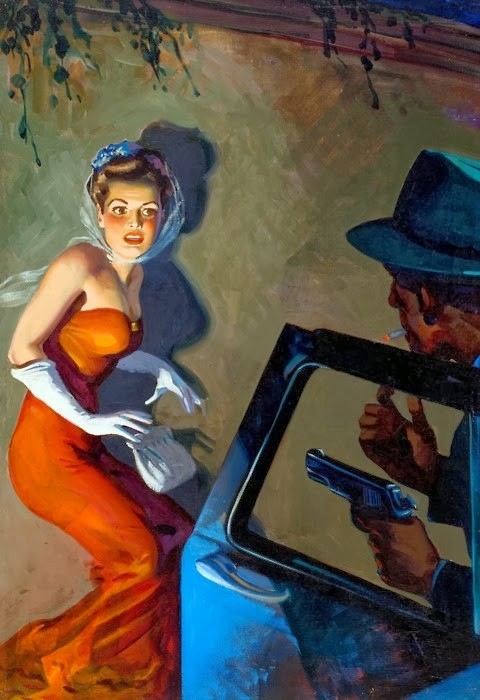 A total pussy
Once the dust finally settled, I got
my life and career back in gear and
purchased my first Jaguar. It felt like
I was on the top of the world. Then
a few months later, I learned that
parking garage posts are often closer
than one thinks. The result was a big
dent in my new car. As punishment,
I drove around town with that scar
for months before I finally fixed it.
Nothing could have hurt more but
I learned my lesson and have been
extremely careful parking ever since. 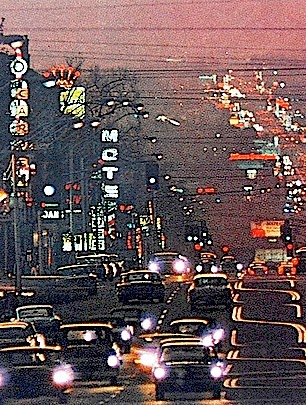 Be prepared to stop
The last time I lived in Manhattan
I reverse commuted to New Jersey.
My biggest challenge was not
navigating the city streets. Rather
it was attempting to forecast traffic
patterns daily. During the summer
and fall one had to be fully versed
on the game times for the Giants,
Yankees, Mets, and Jets plus other
sundry events. Come the holidays,
one had to combat the influx of
New Jersey housewives eager to
shop, dine, or dance. Road rage! 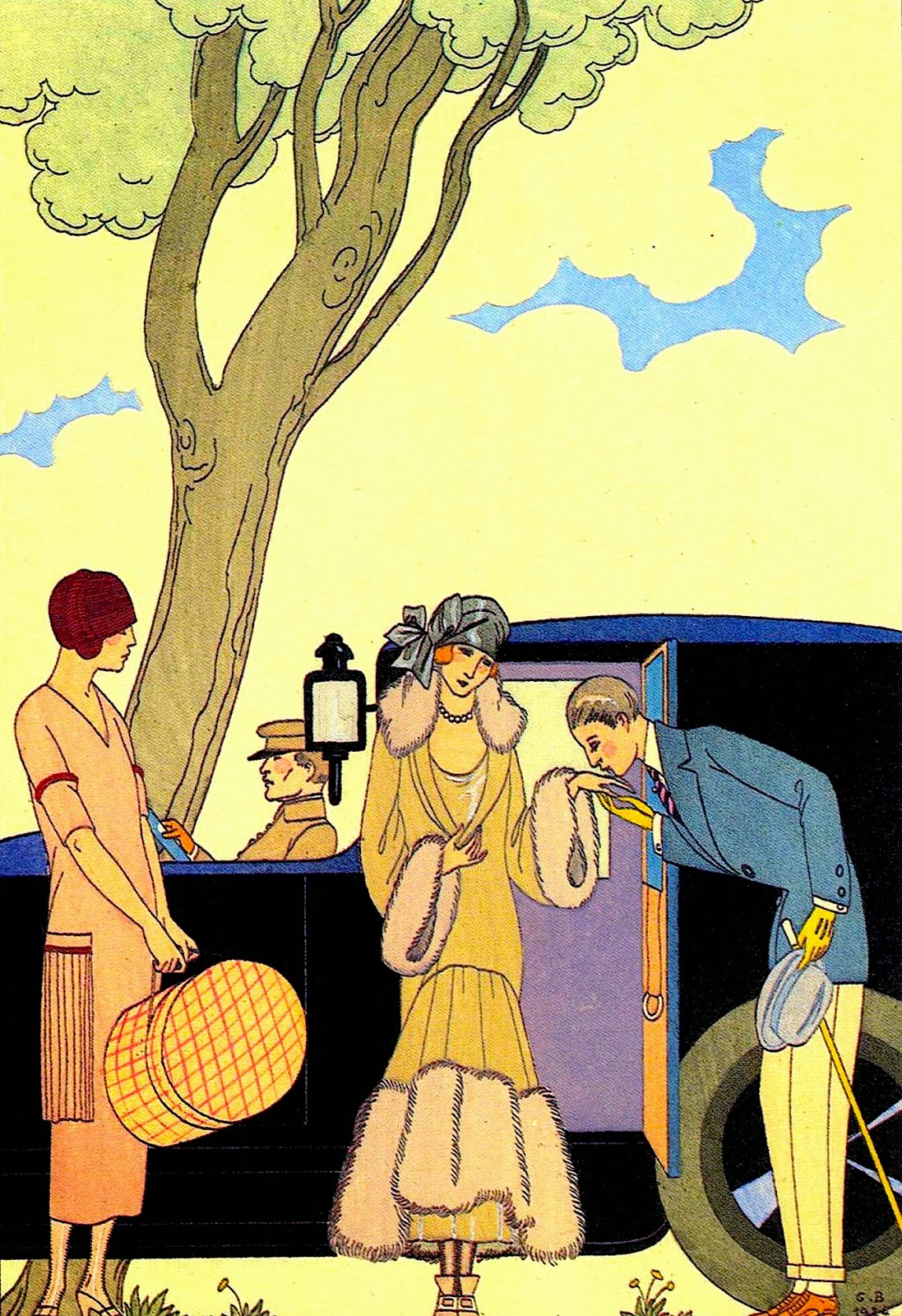 Where to now?
For now I'm happy to let somebody
else do the driving. After all you're
willing to let some British voice tell
you where to go rather than bother
with a map. So is there really any
difference between a computer
pointing you in the wrong direction
or allowing somebody else to steer?
I frankly don't miss having a car in
Manhattan. If I ever get a hankering
to put something into gear, I can rent.
Better yet, I'll book a car to be waiting
for me curbside. HOME JAMES!
Posted by montanaroue at 4:00 AM