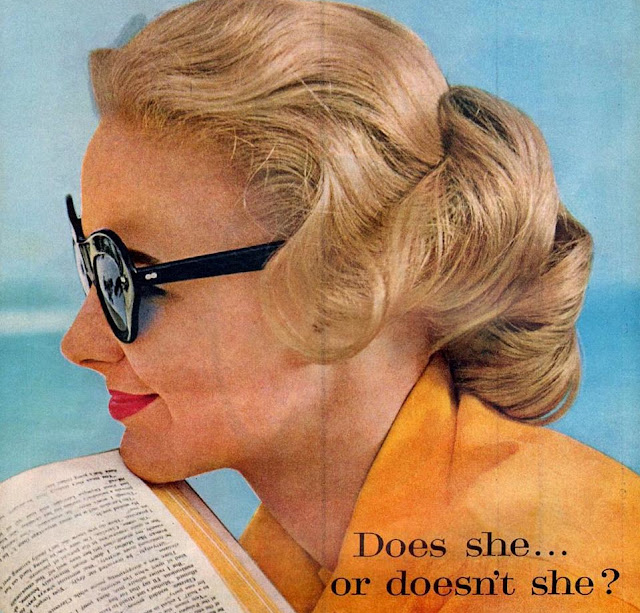 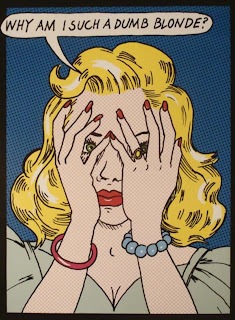 Enlightening
My Mother was a blonde for most of
her life. As far from dumb as possible,
her fabled french twist gained Ethel
the moniker of "Princess Grace"
(which she hated). Mislabels aside,
I hold golden haired ladies in high
esteem. My former colleague "C"
poked my memory about a famous
blonde venus we had the pleasure
of working with. Hence this homage
to two of my favorite blondes. 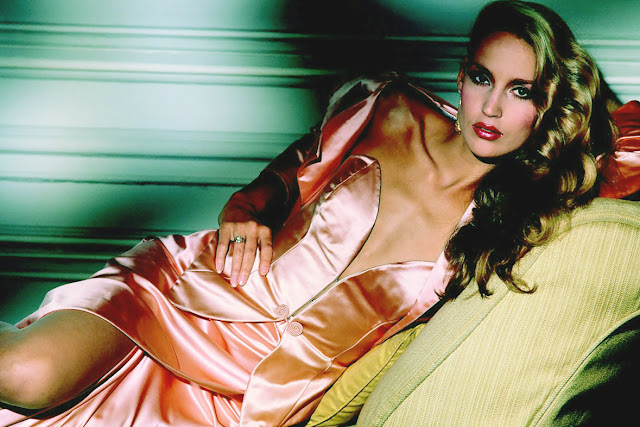 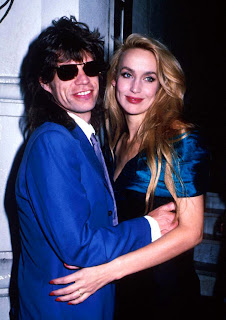 Marvelous
The Marshall Field's customer was a "zoomer" (affluent baby boomer). We decided to celebrate her age, experience, lifestyle, and beauty in advertising. Jerry Hall embodied all of those attributes and more. So, we hired her to be our spokesperson for the fall 2004 season. My team and I flew to London to shoot Jerry for print and TV campaigns. In addition she later walked the runway at our Chicago and Minneapolis fashion shows. I got to know her quite well. 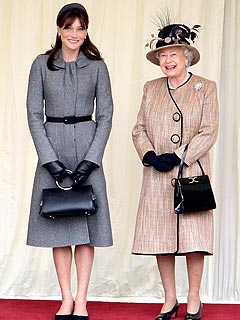 Fabulous
Everything about Jerry was stunning - from her soaring height, to her Texan drawl, to her wavy golden mane. However not all was perfect in paradise. You see, Mrs. Jagger had recently split with husband Mick after being supplanted by a younger brunette named Carla (later France's First Lady). Not only did this damage her ego,
it hit her pocketbook. Hence Ms. Hall's willingness to represent an upscale Midwestern department store chain. 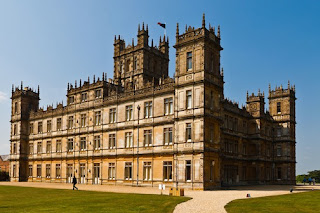 Gorgeous
We spent two days shooting TV outside of London at a gloomy catering hall called Highclere Castle. Today it is famously known as Downton Abbey. Here's a link to the spot -
Seduction with a twist... 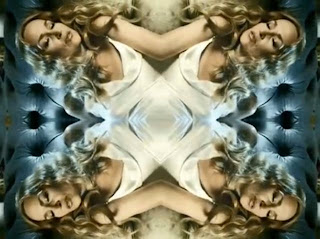 Scared
While Jerry was still beautiful, she subtly displayed a lack of self confidence. As she reviewed every image of herself, Ms. Hall cooed "Marvelous, amazing, fabulous". Yet somehow, one sensed that deep down she didn't believe a word she was saying. 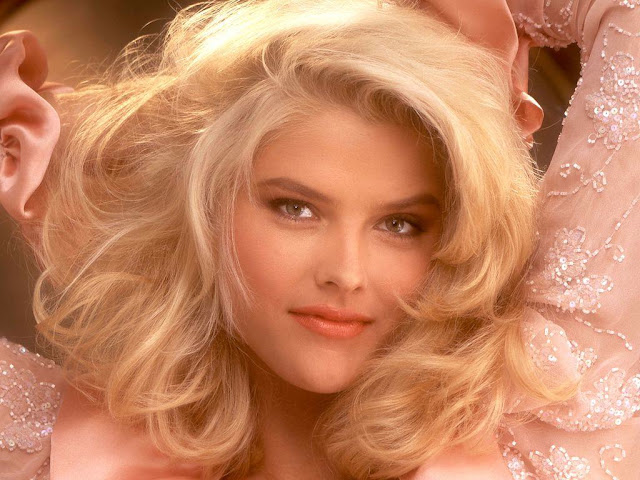 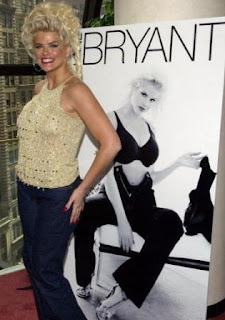 Sexy
During my tenure at Lane Bryant we worked hard to transform the plus-sized category. Given most women were size 14 or larger, we redefined "fat" into " sexy". Our ad campaigns used larger than life celebrities such as Queen Latifah, Cameron Manheim, Carre Otis, and even Mr. Big (Chris Noth) surrounded by a bevy of beautiful babes. However, our most successful alliance was with the ultimate plus sized diva. There was no one bigger than Anna Nicole Smith. 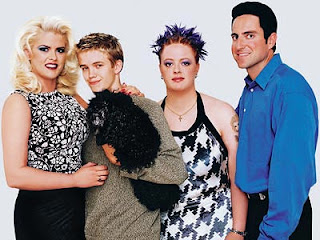 Spell Binding
The most beautiful and saddest woman I ever met was "Vickie Lynne". All she wanted was to be loved and appreciated. To satisfy her need she surrounded herself with wranglers, lawyers, and sycophants. All who sucked life and cash out of her. 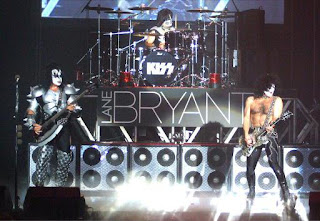 Spectacular
Each year we staged a star studded plus size lingerie fashion show featuring performers like Aretha Franklin. Invariably Anna Nicole strutted down the runway. In 2002, KISS was our headline act. 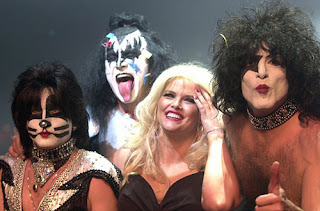 Explosive
Here's a link - The Ultimate Kiss. The stage was not the only place for fireworks. Anna Nicole had enjoyed the evening prior with KISS' notorious star. The day of the show, he would have nothing to do with her. 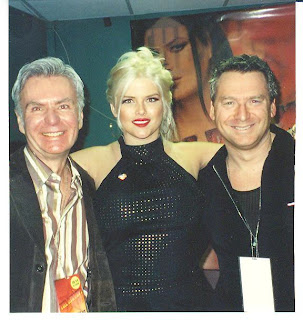 Tenuous
That rejection sent Anna into a
pit of doubt, Crystal, and other
accessories. We spent the day
in her dressing room cooing, cajoling, and controlling consumption. By curtain time
she was calm, sedated, and spacey. We watched as she bravely wobbled down the runway.
February 2, 2002 was a success.
February 7, 2005 was the end. 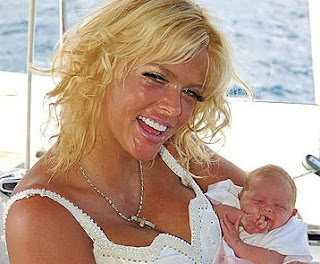 Heart Breaking
You see, she died. In the time
between Anna Nicole dieted
down to nothing, gave birth to
a daughter, lost her court battle,
married her lawyer, lost her son,
and finally gave up. She was
beautiful yet vulnerable. What
might have been had Mr. Smith
lived and she'd felt truly loved?
Posted by montanaroue at 6:59 AM