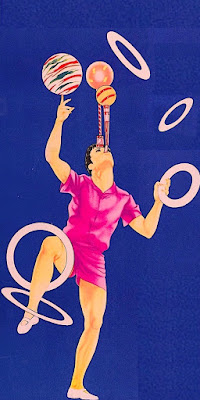 Juggling act
Civilization is if nothing else a delicate balance.
As is democracy. Which affords us the freedom
to express ourselves religiously, politically and
personally. Along with requiring respect for the
context where within said privilege is afforded.
That is why we have leaders. Fellow citizens
empowered to not only represent us - but also
to protect our rights. Sadly not doing just that
endangers all. Thus the alarming increase in
negative influences within the United States of
America.  Empowered and indirectly validated
by our President's attempts to assault, malign,
and compromise our system of government. 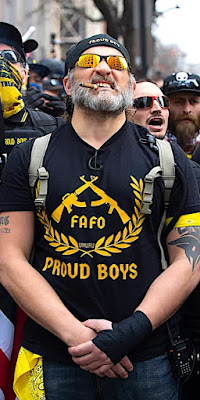 Opposing forces
This country was founded on the principle of
differing opinions. Hence our government is
constructured to facilitate an open dialogue.
Which historically has ended almost always
somewhere in the middle. Thus as mentioned
earlier - the delicate balance which makes us
who we are. Yet today - disenfranchised and
armed citizens are storming state capitals all
across this country. Groups like the "Proud
Boys" hitting the streets, threatening leaders,
and clashing violently with police, Crossing
the line between a fair and open debate and
rebellion and anarchy. When will it end?

We the people
Meanwhile both political parties seem to be
paralyzed by their inability (unwillingness)
to agree on anything. Hence someone must
lead by example. To reach across the great
divide in an effort to bring us together. The
question is can that happen? Are we willing
to give in order to get? Or will this country
continue to be split between two extremes?
Where never the twain shall meet. The only
way to alter our dead end course for us to
encourage elected officials to compromise,
negotiate, and align. That's the only way we
will ever get to a better place.
Posted by montanaroue at 4:00 AM