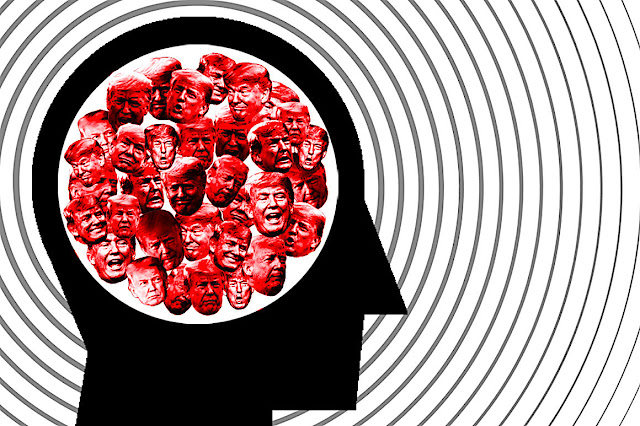 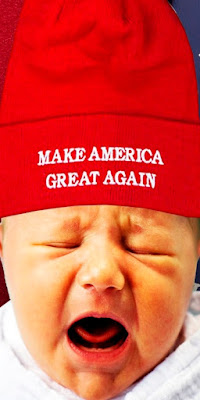 Oh baby...
In Saturday's Washington Post an article
reported that recent medical studies indicate
a fairly dramatic change in our health. Since
Donald Trump took office. Especially Latino
mothers and babies. Their rate of premature
and under weight baby births has increased.
Said article recapped a plethora of additional
studies that monitor lack of sleep, increased
blood pressure, depression, and other health
related issues. Again, the majority showed
an upswing in problems post 2016. All proof
that Trump's strategy of fear, hate, and turmoil
may be literally making many Americans sick. 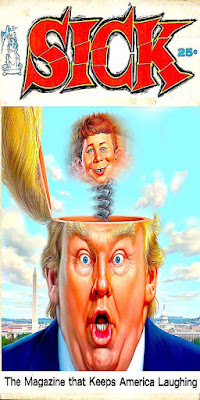 Root of all evil?
While some may claim that the above is "fake
news" theres no denying the many Americans
are sick and tired of our current leadership.
There is no doubt that while most of us have
become infected with Trump mania - few of
us realize it's impact on our health itself. All
one has to do is connect the diagnosis. Many
an amateur "doctor" has had some friend or
family member smitten with cancer post a
negative life event. Attributing "stress" as the
root of said evil. Whether a viable scientific
theory or not, we know that bad times do bad
things to us. And yet we do nothing about it.

Unhealthy environment
How long can we continue to deny our new
reality? According to NOA (U.S. National
Oceanic and Atmosphere Administration)
the world once again broke the heat record for
June. Nine years in a row. Yet our President
and many Republican elected representatives
deny said facts. Meanwhile Trump and team
have hobbled the majority of environmental
protections. Allowing big business to pollute
our air, water, and land. Violating historically
protected public land and water in their hunt
for oil, ore, and profits. And we wonder why
we're getting sick... and sicker...

Poison pill
All of which causes me to wonder how much
longer we will allow others to jeopardize our
health and happiness. And that our our kids,
grand-children, and future generations? Have
we reached the end of civilization as we know
it? Are we akin to the Inca? Their civilization
was destroyed by the infectious impact of a
greedy horde of interlopers. Mr. Trump and
cohorts freely sacrifice our well-being in their
quest for power, self-aggrandizement, and big
bucks. There is no doubt many Americans are
sick and tired of just that. And that the only
way to get better is to stop poisoning ourselves.
Posted by montanaroue at 4:00 AM