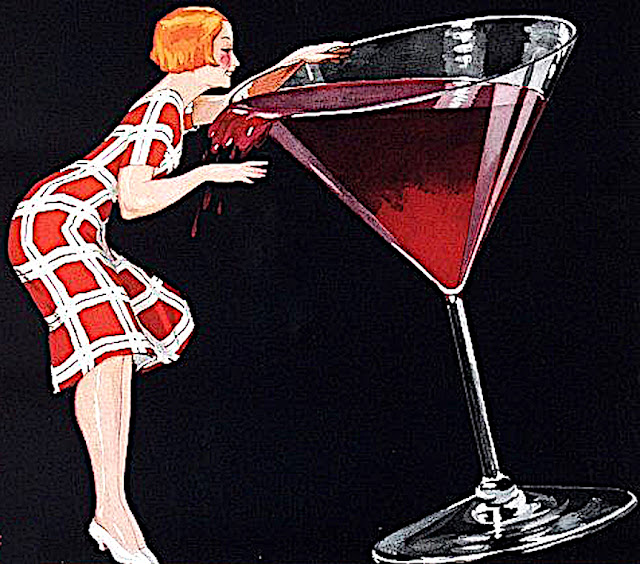 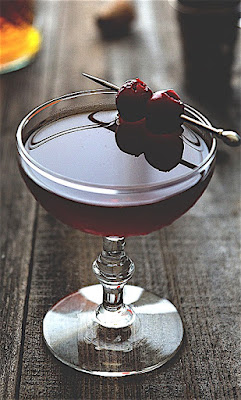 All mixed up
I've been known to enjoy a cocktail or
two (or three... or...). Specifically those
brews made of bourbon that are called
"Manhattans". While the name alone
warms my heart, it's the mix itself that
does the trick. In truth creating such a
concoction isn't rocket science. Thus
one can travel almost anywhere on the
globe and find some barkeep who will
stir until one blurs. Yet sadly, there is
still at least one establishment here in
Lewistown that continues to be mixed
up when it comes to mixing Manhattans. 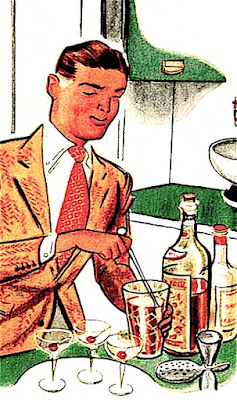 Movers and shakers
Honestly, I've tried and tried to no avail.
To date I've trained at least five of their
bartenders. However most millennials
have no interest in adult education nor
do I in temper tantrums. That's the only
reason one can explain the appearance
of an olive in my bourbon brew. Even
worse, pale Crown Royal instead of
dark Makers Mark. However what this
imbiber finds most irritating is when
those who did the deed defend the error
of their ways. After drinking thousands
or more, I think I qualify as an EXPERT. 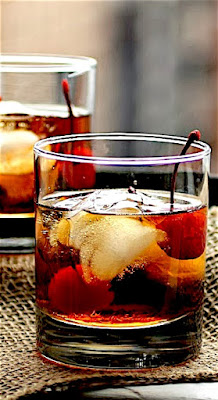 Manhattan transfer
Frank is also a Manhattan fan as are his
father and brother "B". Hence his affinity
for said mix comes naturally. Over the
years we've sipped Manhattans all over
the place. The best of which was at the
JK Place Hotel in Florence. Everything
about it was divine. Especially our buff
waiter whose good looks were just as
intoxicating. In Lisbon where bourbon
is scarce we still had more than our fair
share of Manhattans. All were delightful.
Proving that there's no excuse for such
local abuse. Why can't they get it right? 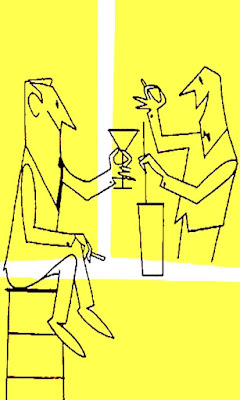 Easy does it
It's really not that hard. While there are
several options in creating said magical
elixir, most bartenders have figured it
out. Obviously there is art and theater
to mixology. However in the end any
Manhattan is about two thirds bourbon,
one third sweet vermouth, plus a cherry
with or without a dash of bitters. Some
strive for perfection by adding a bit of
dry vermouth. Others add some cherry
juice into the mix. A few slice it up with
some orange (NO!). However the vast
majority know exactly what (how) to do. 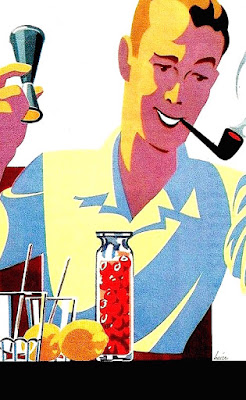 Bar none
Nothing would make me happier than
to end this mix up. All that I require is
consistency. In theory when a frequent
flier bellies up to the bar it's best to give
them whatever he asks for as quickly as
possible. Any good bartender knows a
good tipper when they serve one. Thus
they pour it on at a glance, wink, or nod.
In essence that's called customer service.
Given practice make perfect, isn't it time
that some locals polish up on whatever
is tried and true? In the meantime I plan
to have another - anyplace but there!
Posted by montanaroue at 4:00 AM