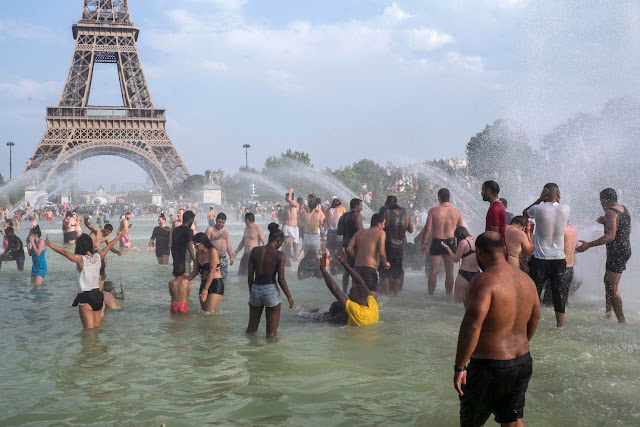 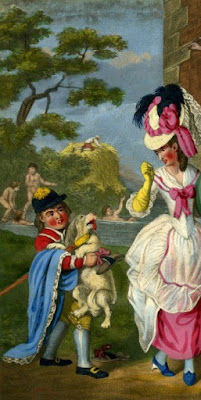 Été the hell out of there
This week much of Europe was engulfed in
its second record breaking heat wave of this
summer. At one point thermometers in Paris
soared to 108.7 degrees Fahrenheit. Which
for anybody who has ever been to the city
of lights seems mind-boggling. For centuries
any Parisian with some cash escaped their
city for most of July and August. Historical
average summer temperature hitting a high
somewhere around seventy eight. Now while
many fashionistas are devoted Francophiles,
few want to travel across the pond only to
sweat out the summer sans air conditioning. 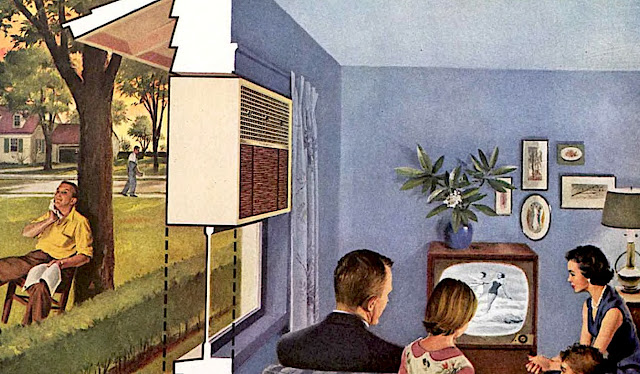 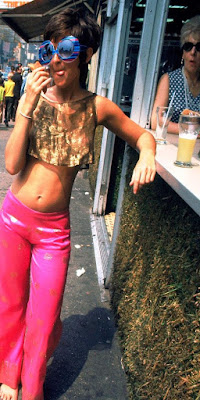 Climate change
Most Americans live in the lap of luxury when
it comes to modern conveniences. Thus few if
any of us suffer the consequences of Mother
Nature's highs and lows. However once you
exit the hermetically sealed comfort zones of
suburbia things can get a big rough. Anyplace
old enough to have some panache tends to also
have limited climate control. In New York one
can easily chill in an aerie with a park view. Yet
the only way to cool off during summer in most
walk-ups is to take the subway to Coney Island.
Or if you've planned ahead, the Friday shuttle
to the Hamptons. Anyplace to escape the heat! 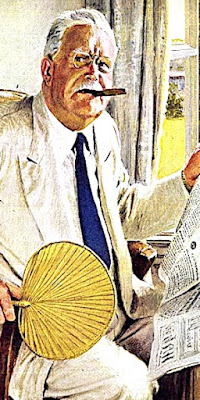 Political heat
One assumes that the offices of politicians who
question the veracity of "Global Warming" are
climate controlled. Insuring that they're buffered
from political heat and aggressive acts of nature.
Within said insulated isolation, it's easy to avoid
reality. To not face the facts as one feathers their
off-shore accounts. Yet as the summer days roll
on, it's obvious that things are heating up. While
it's easy to ignore one's political opponents, it's
becoming harder to deny that much of the world
is burning up. Or in the case of central Montana,
feeling the impact of a weather system askew.
Is the right right in ignoring our weather shifts? 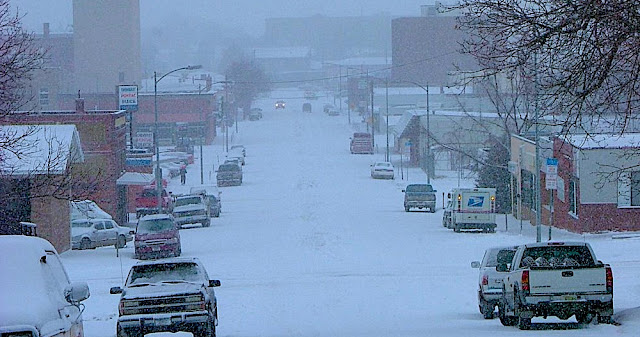 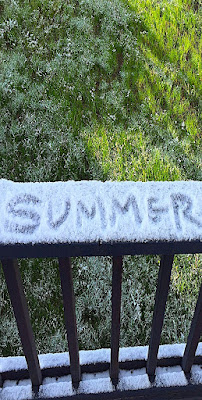 Better later than never
Summer got off to a late start in Lewistown this
year. Depending on who you talk to, everybody
can give you some example of our local delayed
reaction. Scientists report our growing season
is now extended by four to seven days. However
the related highs and lows have wreaked havoc.
In Frank's garden alone, the negative impact of
our beyond extended cold spells is on display.
Previously sturdy perennials did not survive.
Whereas others are a month behind historically
"normal" development. Hence while Paris may
be hot, central Montana is chilling this summer.
Or too hot or too cold depending on the day... 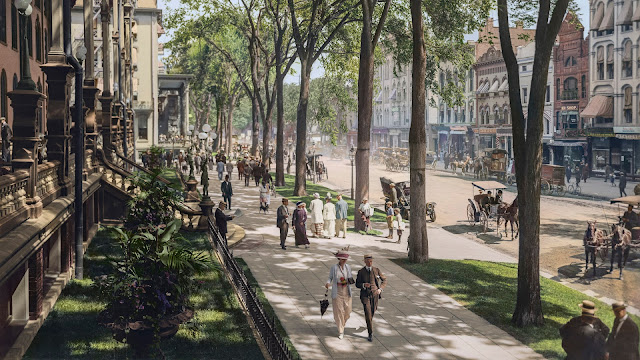 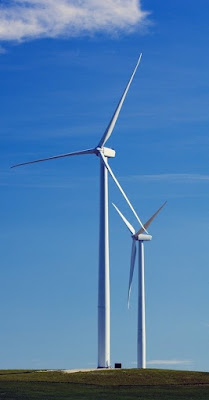 Blue sky strategy
One hopes all of the above is but a freak of
nature. That we will find a way to go with
the flow. Hiding one's head in the sand may
briefly refresh, yet ultimately we must rise
to the occasion. Let's assume the scientists
are wrong. Is it still foolish to try to lessen
our impact on the environment? We can
benefit from our mistakes. Rather than fight
the inevitable, why no try to take a cleaner
approach to living? Sustainable sources of
power not only insure we keep our cool at
the flip of a switch. It protects FUTURE
generations from our worst. And that's cool!