If memory serves me right... 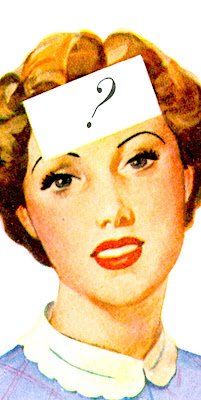 Blank canvas
Not a day passes that I don't wonder if I'm losing
it. Usually that's when I seem to have "lost" my
glasses, keys, or phone. Try as I might, I can't
keep track of anything. Thus it should come as
no surprise that chances are I've no idea what is
where, when, or why. Then there are those gaps
of mid sentence memory loss. When suddenly,
I can't recall what I was talking about. All of the
above would be fine if I embraced my frequent
brain "farts." However said acknowledgement
would only confirm that I failing somehow. Or
worse... getting old. Either option is one that I'd
rather ignore. Or forget about entirely! 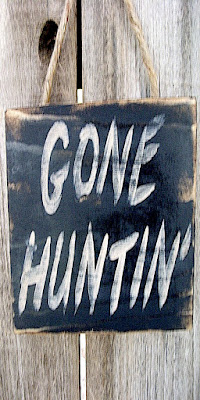 The twilight zone
Given I lost my father to Alzheimer's, my first
reaction is that I've lost my mind. Then I realize
that the same thing I'm experiencing happens to
everybody. Try as one might, the older we get...
the harder we fall. And such a downward slide
inevitably is accompanied by a lack of recall.
Which in a way makes total sense. After you've
been holding it together for five or six decades
even the best of us can falter. Yet every time one
loses their way most of us assume we probably
won't find our way back. Which causes me to
wonder if I'm stumbling towards life's dead end.
And worrying that I'll get lost along the way. Open or shut case?
Try as I might, I can't get my act together. Thus
much of my day is spent creating endless lists.
All in an effort to organize myself and my lost
thoughts. All driven by a desire to prove to the
world that the last thing I'm doing is losing it.
However maybe it might be smarter and wiser
simply to embrace my passive regressive mind.
And do my best to forgive... and then forget...
any or all of my memory lapses. Why worry
when in truth I'll forget all about whatever just
didn't connect in a few minutes. In the end it
will all work out. And that ultimately all that
I've lost will be found. Well, at least I hope so. 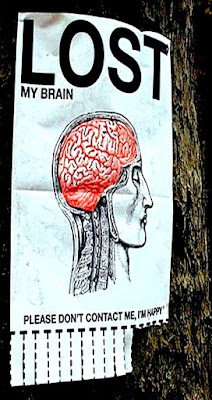 Deferred judgement
Maybe it's the over achiever in me but I don't
like to disappoint. My family and friends or
worse... myself. Given my inability to suffer
fools, I prefer to avoid looking foolish. Thus
I try to keep my head above water. However
rather than fight reality, it might be better if
I go with the flow of my errantly lost stream
of consciousness. I could float in a state of
suspended animation. A place where it really
doesn't matter what one remembers. There
I might simply enjoy the here and now. And
if something went missing channel Scarlett.
"fiddle dee dee - I'll think of it tomorrow!"
Posted by montanaroue at 4:00 AM