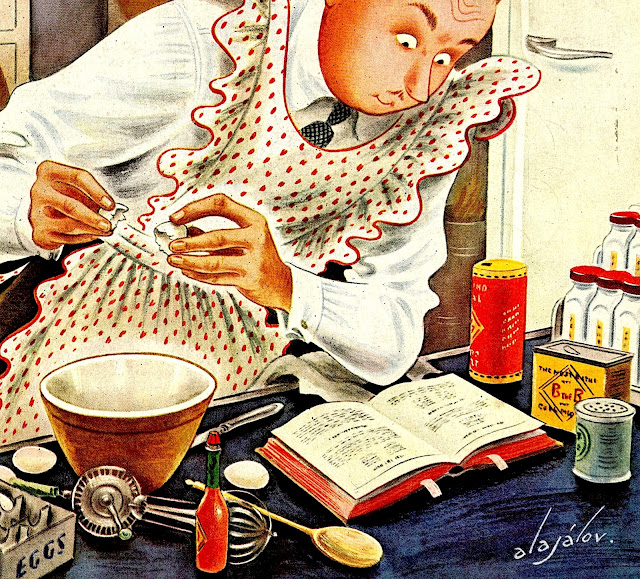 Half baked ideas
Having been there... done that many times one
thing is guaranteed. I hate to bake. However let
me be clear. I ADORE baked goods. It's simply
that I'd rather somebody else did the work. In
part because it's so damned technical. Just one
missed measure or ingredient can quickly lead
to disaster. Which for a freeform chef as myself
by it's nature insures anything but a disciplined
approach. Once I've made something, I find no
reason for every using the recipe again. It's all
"up there" stored in some culinary lobe of my
brain matter. However when it comes to baking,
what is what, and when actually does matter!

Construction zone
Sadly it seems the odds are against me. Today
I made a carrot cake. One I've made prior with
much success. Unlike most guys this time I was
fully committed to following directions (recipe).
Yet factors far beyond my control seems to be
against me. Upon digging out my brown sugar
I discovered a rock akin granite rather than a
soft subtle molasses morass. Post grabbing my
aisins, I found what can only be described as
rabbit pellets coagulated in the box. The dictum
called for "vegetable oil." Which given we have
none in the house left me with but two choices.
Organic extra virgin olive oil or... BUTTER! 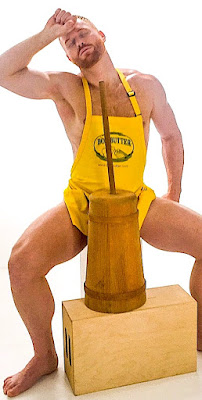 Total churn off
Fortunately I do plan ahead. Hence having long
ago learned my lesson, the eggs and butter had
been left out the night prior. Which for reasons
beyond my comprehends is important in baking.
However given the last thing I was going to do
was use oil in a cake, I immediately melted two
cups of butter for the batter. Leaving me short
what I needed for the icing. Fortunately I always
have fifty pounds of the stuff in reserve "just in
case." So I pulled out another pound to warm
up while I mixed up my mess. Which describes
what the kitchen looked like once I was done.
Leaving me to wonder where would it all end? 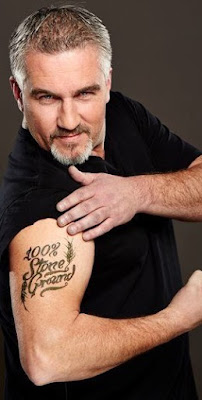 Hollywood here I come?
Step by step I mixed, beat, and battered. Doing
whatever I required to adhere to the limitations
laid out before me. I wanted to improvise... yet
somehow I resisted. The end result appears to
have been a success. Tonight will tell. Hopefully
my guests and the birthday girl will like what I
have done. However I do worry about someone
breaking a tooth on one of my petrified raisins.
One thing is certain, I don't plan on doing this
again anytime soon. Better to leave the baking
to the experts. Although a guest appearance on
the Great British Baking Show might be fun.
I wonder if Paul Hollywood ever mixes it up...
Posted by montanaroue at 4:00 AM