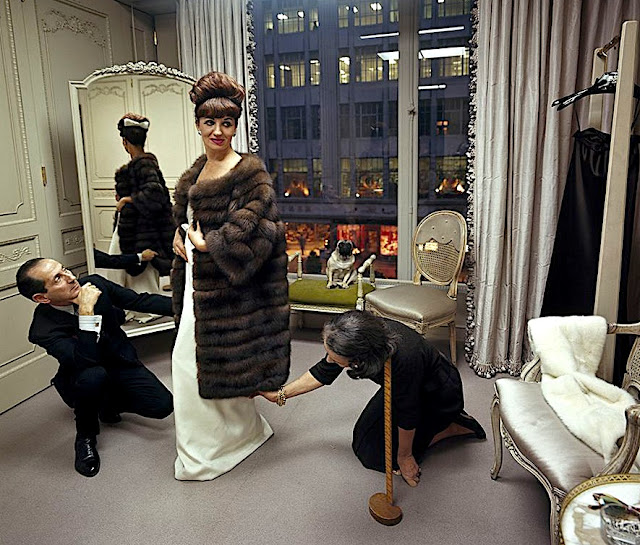 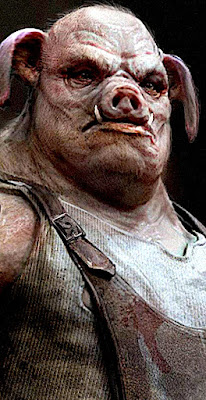 Pork jerky?
I've oft quipped that "men are pigs." Only to
follow with "but I like pork." As a man who
loves men I'm aware of our predatory nature.
The fact is we consider sex a basic instinct. A
natural phenomena. An urge. A need. Hence
many men spend much of their lives doing
whatever necessary to satiate said desires. And
once the deed is done, most think nothing more
of it. What's over is out. That is until said need
once again literally arises. Thus desire is of no
consequence. Until guys finally meet someone
they care about. Then love and sex unite along
with a dose of long or short term commitment.

Male domination?
To be clear, in my experience most men have no
issue with doing what comes naturally. Therefore
should an opportunity arise, most guys seize the
moment. Even if that means violating another.
That's because they assume that every one thinks
and acts in a similar way. As a gay man I never
felt violated by such unwanted advances. That's
because I was a male reacting to a male. I knew
what they were all about. And shared the same
primal sexual urges. Hence I never felt that my
personal space - my privacy - my sanctity was
jeopardized by a total stranger touching, kissing
or... you fill in the blanks... me. And enjoyed it. 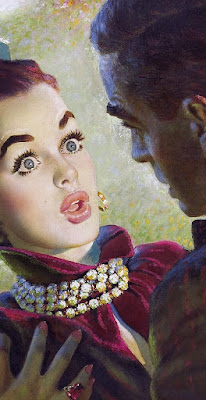 Who me?
All of the above makes sense as long as women
aren't involved. By their very nature females are
a different gender. Via generations of unwanted
and some suggest institutional male abuse -
women accepted the inevitable. And condoned
such behavior as the stuff of locker rooms and
boys will be boys.That was until the "me too"
movement became a reality. Which empowered
women to emphatically state that such sexual
behavior was never "OK." That any violation
of their space was not only disrespectful, but
criminal. And that male abuse must stop now.
No matter what excuses were made in the past.

Midas touch?
This week excerpts of a new book by E. Jean
Carroll, a well known advice columnist were
published in New York magazine. Including
the revelation that a young Donald J. Trump
had violated her in a chic Bergdorf Goodman
dressing room in the mid-nineties. Frankly, I
was skeptical. In part because the majority of
media virtually ignored her story. Or worse,
suggested she was telling all in order to sell
books. However since then some committed
reporters dug deeper. Allowing her to share
the events in her words via her recollections.
And take us on her journey of self-revelation. 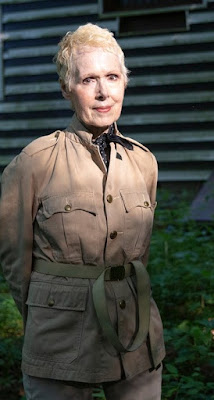 Old enough to know better?
Now the 73 year old Mr. Trump claims the
75 year old Ms. Carroll "isn't my type." Yet
her recounting of said assault takes us to
another place and time. One where men were
men. And women were expected to be deft
enough to fend them off. And most important
to not "lead them on." All of which are not so
just excuses for criminal sexual acts. Simply
because a woman is flirtatious. Or beautiful.
Or dresses provocatively. Gives no man, even
Donald Trump, the right to take what he wants.
Especially if the lady in question didn't ask
for it. Then and now such behavior is wrong. 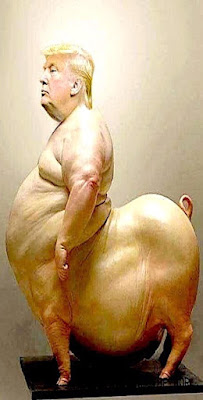 Pig in a poke?
Yesterday the New York Times issued a pod
cast upon which Ms. Carroll and the two
friends she immediately called about this
incident share their stories. It is not a series
of excuses. But rather a vivid explanation
of what did and did not happen. And why
the victim chose to NOT accept the reality
that Donald Trump had raped her. Politics
aside, her story places said assault into the
context of a time past when men ruled the
roost. And took advantage of even the most
strongest, smartest, and bravest of women.
Who only now are finally telling their truth. 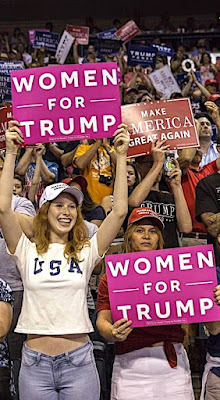 You too?!
Sadly few if any are surprised that yet
another woman is accusing a powerful,
arrogant, self-satisfied man like Trump
of sexual assault. Rather than indignant
they blame the accuser. Ample proof
that we still have much to learn. Most
especially women. Generations of abuse
have conditioned females like E. Jean
Carroll to assume male domination is a
fact of life. Resulting in a cycle where
we still give males an unfair advantage.
When will we accept that any violation
of another is wrong? And CRIMINAL!
Posted by montanaroue at 4:00 AM