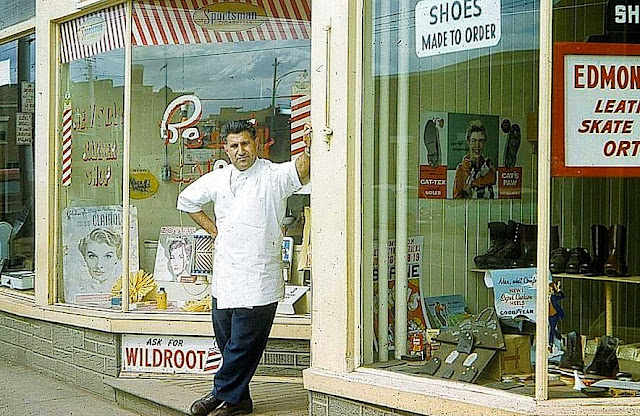 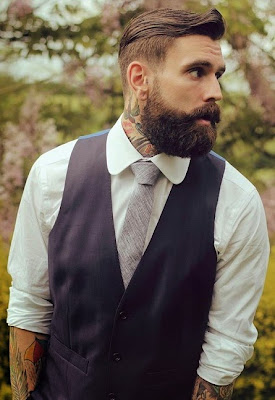 Short cut
As one peruses the fashion magazines
one thing is certain. Barbers are back
with a vengeance. In almost every
city bearded boys sport precision
haircuts that pay homage to times
past. Once again proof that if one
waits patiently, what goes around
comes around. As one who adores
the male species I'll admit to being
more than happy that once again -
men look like men. Even if most
of the most stylish ones seem to
me more like boys in mens clothing. 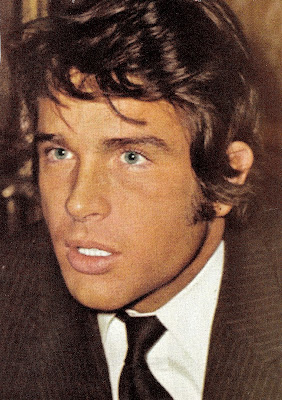 Going to great lengths
Growing up in an era of rebellion and
hence transition, how one wore their
locks was a style statement. Watching
the final season of Mad Men you see
the gentlemen shift to longer hair and
even longer sideburns. And so, while
our forefathers made a weekly trip to
the local barber for a trim, taming
what can only be called a coiffure
required someone up to the challenge.
Hence the advent of "Hair Stylists"
and what now seems an antiquated
term - "Unisex Salon." 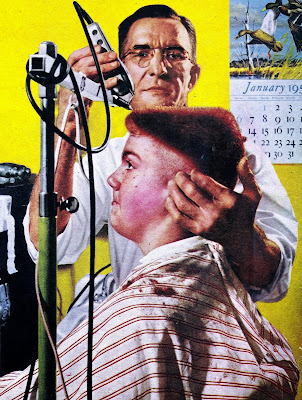 The long and short of it
I've been blessed with a good head
of hair and even as age advances,
my follicles are actively engaged.
As a tot looking good was easy as
a buzz cut was all that I required.
Yet once the Beatles came upon
the scene - convenience quickly
disappeared. The longer one's hair,
the more modern, hip, and groovy
you were. However maintaining
one's mop was a bit challenging.
And so we styled, moussed and
blow dried our hair to new heights. 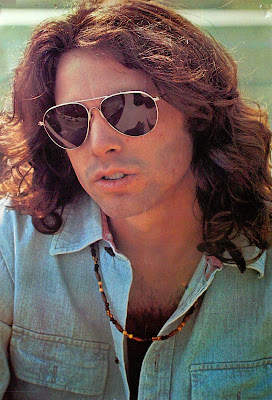 Long story
Meanwhile not everyone agreed that
longer was better. The "establishment"
resisted locks that licked one's shirt
collar. My father rigorously enforced
corporate grooming guidelines at his
bank - cutting down more than a few
lads due to lengthy locks. By the mid
seventies, most males wore what
looked look more like a wig atop their
heads. While all of that above greatly
benefited the purveyors of hair care,
it honestly took quite a bit of work
to get out of the house each morning. 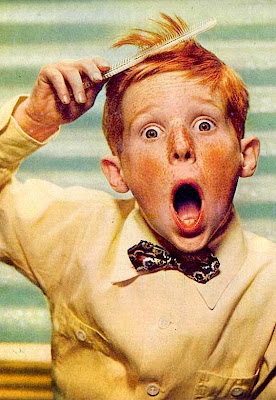 Cost cutting
Fortunately cooler heads prevailed and
now we've come full circle back to the
barber. If for no other reason it makes
economic sense. Depending on where
one coifs, a boy can easily pay up to
two hundred dollars for a style and cut
at a fashionable salon. Whereas most
barbers come in under twenty bucks.
In the fancier places the mix of boys
and girls (and boys acting like girls)
can get bit fussy and hence unnerves
many men. Which may be why if
given a choice the barber shop wins. 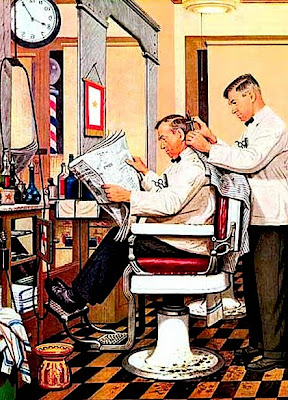 Whack job
Years ago I decided that there was
little benefit to paying big bucks
for a buzz. And so I went back to
the future and have frequented a
local barber ever since. Here in
Lewistown we have two options.
I prefer the Victory Barber Shop
where lovely Wendy whacks me
off monthly. Post a twenty minute
encounter I walk out a satisfied and
somewhat new man. All the happier
to have cut the crap associated with
hair styling. Father knew best!
Posted by montanaroue at 4:00 AM