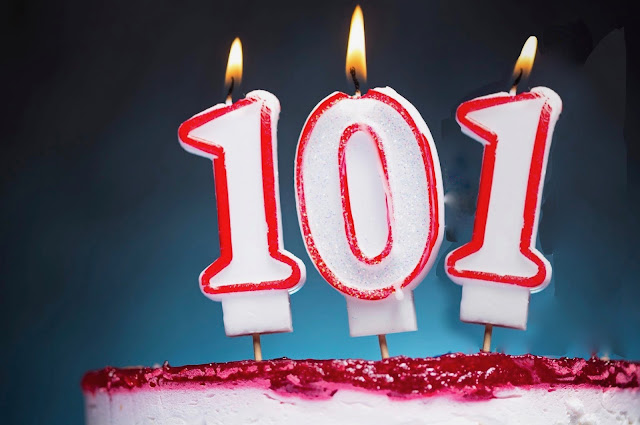 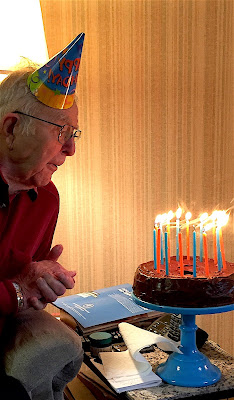 Man oh man
Today Frank's father celebrates his
one hundred and first birthday. At that
age being alive is an accomplishment.
However the reason we celebrate today
is the man himself. Frank Valach Sr. is
first and foremost a gentleman and then
a scholar. He's a living link to our past
given he's been here and done that for
much longer than most others. Add
that he's always been interested in our
history and those who made it. Hence
his stories alone are precious treasures.
Therefore today is but another chapter! 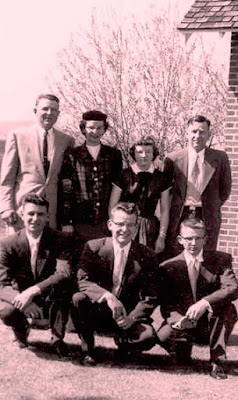 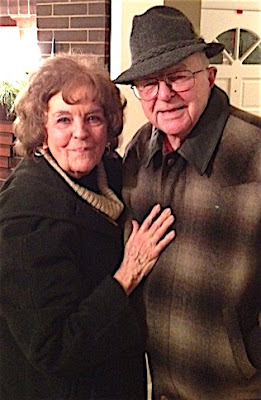 Love eternal
While serving his country Frank Senior
suffered under the hands of a misguided
surgeon. During his hospitalization he
awoke to find an "angel" standing before
him. Soon thereafter said vision became
his beloved wife. Frank and Pearl shared
almost seven decades together. During
that time they were known as elegant,
kind, and generous people. So much so
that many aspired to emulate their take
on life. And no one was a stranger as all
were welcome into their circle of love.
A legacy of love that is beyond compare. 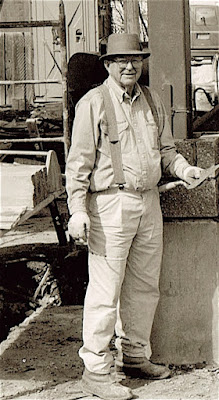 The older, the wiser
Home grown, Frank Sr. has lived his entire
life in Lewistown. Much of which involved
running the family masonry business which
celebrated it's century mark in 2016. And yet
Frank Sr's perspective remains anything but
narrow minded given he's traveled the world.
A passionate Democrat, he served a term in
the Montana State Legislature. Believing that
all men are created equal, he has learned that
good ultimately prevails against all odds. And
that patience is the best way to confront life's
challenges. Therefore Dad is living proof that
with age comes a vast wealth of  wisdom. 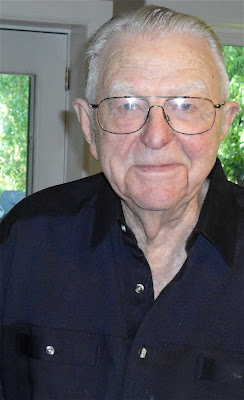 More than you know
I've personally benefited from his love,
friendship, gentle persuasion, and subtle
guidance. After my parents died, Frank Sr.
asked me to call him "Dad" and since then
I've proudly done so. He has never been
anything but kind and generous to me. For
which I am deeply grateful. However what
I treasure most is his example. Having him
in our lives provides a daily lesson in both
dignity and grace. Which at times humbles
this sometimes prodigal "son" Leaving me
to hope and pray that somehow, someday
I'll be half man he has and always will be. 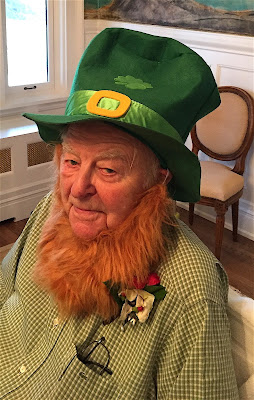 Party boy
All of the above and much more is reason
enough to celebrate Dad's century plus on
earth thus far. Last year all of Lewistown
joined in his 100th celebration. Today a
small group of family are going to share
our love, respect, and admiration with the
birthday "boy". While his beloved wife
and our Mother will not be with us, she
remains in our hearts and therefore will
be with us in spirit. As with all days at
this point in his life today is much more
than a celebration. It's a blessing! Happy
101st Frank Valach Senior! HURRAH!
Posted by montanaroue at 4:00 AM