THIS TAKES THE CAKE 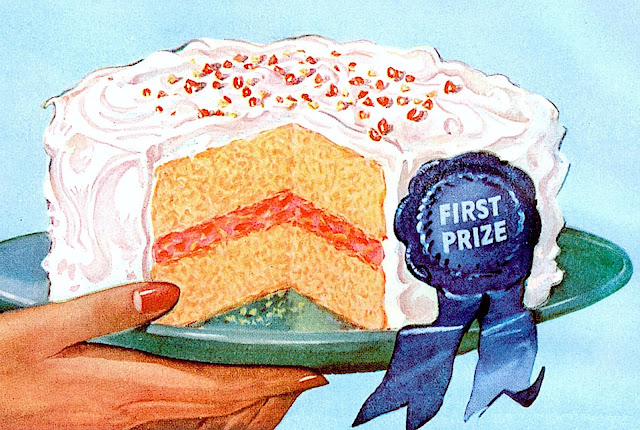 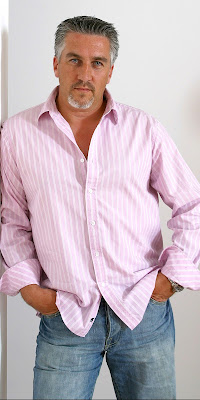 Hollywood here I come
Due to back to back bouts of flu we've been
housebound for two weeks. Hence we two
are also suffering from cabin fever. I would
be disingenuous if I didn't admit to crawling
up these walls. Being sick is awful enough.
But being stuck at home limits one's options.
At this point I've watched five seasons of the
Great British Baking Show. Spending days
home alone sexy bear Paul Hollywood wan't
a burden. However doing so at a fever pitch
was anything but "hot." Now that I've finally
recuperated you'd think I'd had enough. But
last night Netflix launched season six so... 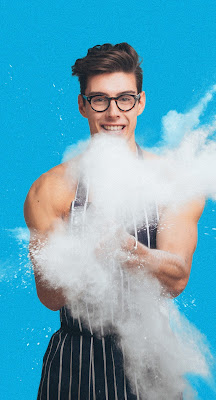 Up in smoke
I actually don't like to bake. My preference is
stuffing some meat in my oven rather than a
bit of puff pastry. Baking is a science which
requires careful measuring, patient processing,
and tons of sugar. Post watching dozens upon
dozens of amateur Brits bake away, I feel like
I'm a culinary aficionado. One with a degree
in oventology. Yet while cookies appear to be
foolproof and Cakes still fairly easy, anything
more and I burn out. The idea of making puff
pastry or kneading dough repulses me. Thus
after night after night of vicarious viewing
I've decided that I'd rather watch than bake... 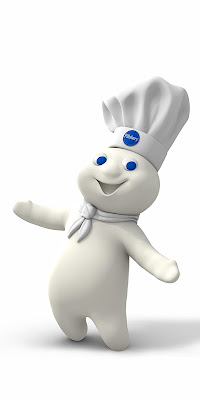 Easy does it
For many reasons we all at times let others do
the dirty work. Therefore watching innocents
whipped into a frenzy gives me a thrill. Most
especially given I've no intention of possibly
replicating their half baked ideas. Don't get me
wrong. I'm willing to give most anything a try.
But I know my limitations. Thus this Pillsbury
dough boy is perfectly happy limiting my oven
inputs to the simplest of baking feats. So rather
than whip out a Charlotte Russe I will continue
to bake a few pies, the occasional poundcake,
and maybe a muffin or twelve. Or even better
hit the bakery counter and pretend I baked it. 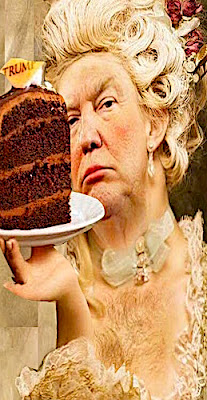 Half baked
Can one have their cake and eat it too? Is that
why we love reality TV? Why do so many of
us get a thrill by watching ordinary folk deal
with their all too ordinary circumstances?! By
far the worst side effect of vicarious visions
is that one assumes things are easier than they
truly are. Which is the only explanation I can
give for why our President and White House
cohorts can't seem to adjust to reality. Hence
the only "fake news" is the idea that Donald
knows what he's doing. Maybe he should take
up baking. It's obvious that he's quite whipped
or mixed up! Isn' it time for some humble pie?