MEN I HAVE WORN OUT 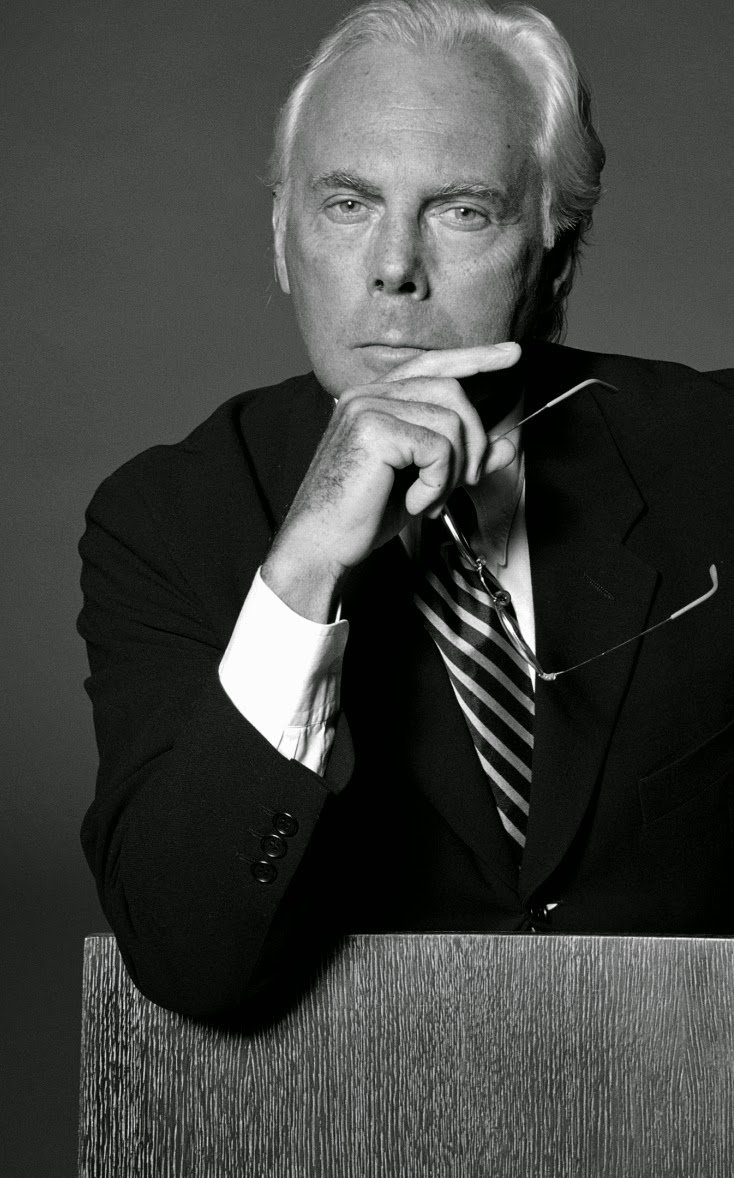 Been there, done that
Recently my friend "H" sent me an
article about Giorgio Armani. This
elegant man has been dressing the
world for many years. However his
brand has a challenge in that it is now
associated as a toggery for bourgeois
of a certain advanced vintage. I have
a theory that no one wants to wear
the labels their mother wore. I must
confess I haven't donned Armani
since the early nineties. Somehow
it felt a bit off for eons and yet, I can't
help but be nostalgic for togs past... 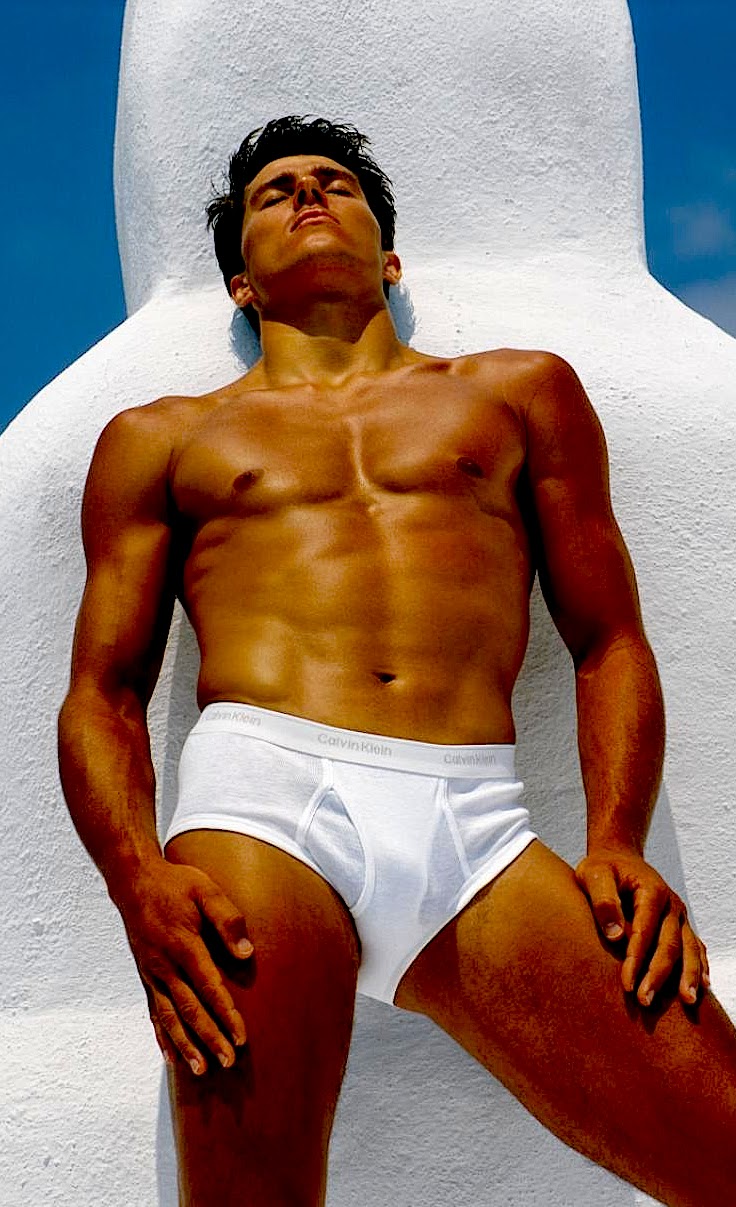 My very first...
We can't shop my historical closet and
not start with Calvin Klein. For a time
in my life everything he designed was
the epitome of American chic. I waited
hours in a long line at Saks Fifth Avenue
to purchase my first pair of Calvin Klein
jeans. They were amazing and fit like
a glove. NOTHING came between me
and my Calvin's. Later on when Calvin
introduced menswear, I saved up and
bought a biscuit colored linen suit which
my first child "E" promptly christened
with spit up. Life is so glamorous! 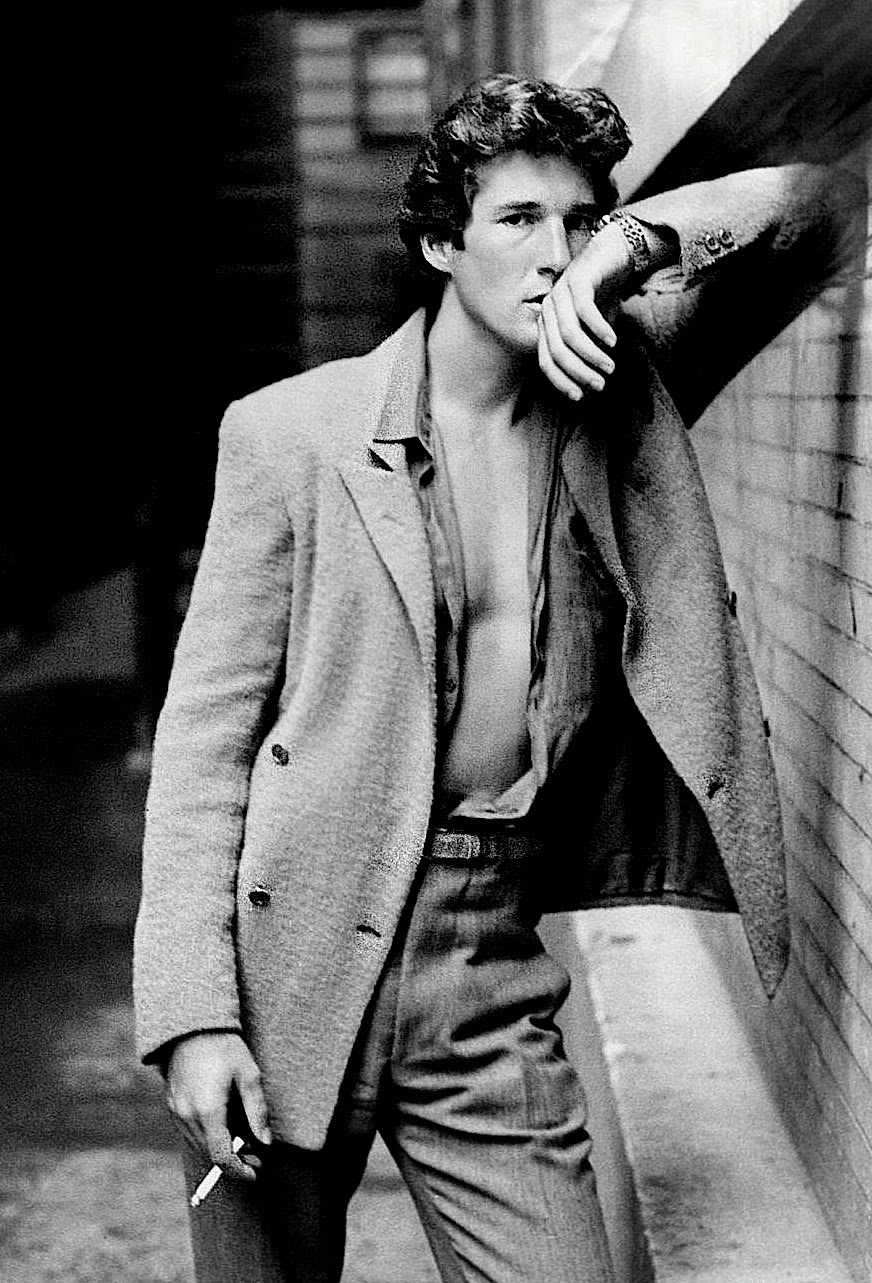 Clothes do make the man
My first Armani suit was a deep, dark
forest green. Single buttoned, it was
as sleek as a Maserati. Every time I
put on my Italian tailored armor,  I felt
almost invincible. An Armani was the
ultimate power suit. During those days
I considered Giorgio Armani the real
reason I won new business. Hence my
closet was filled with his suits, jackets,
shirts, and ties. Then suddenly it felt
wrong. It could have been John Gotti's
affection for Brioni but one day this
uomo said "basta con Georgio" 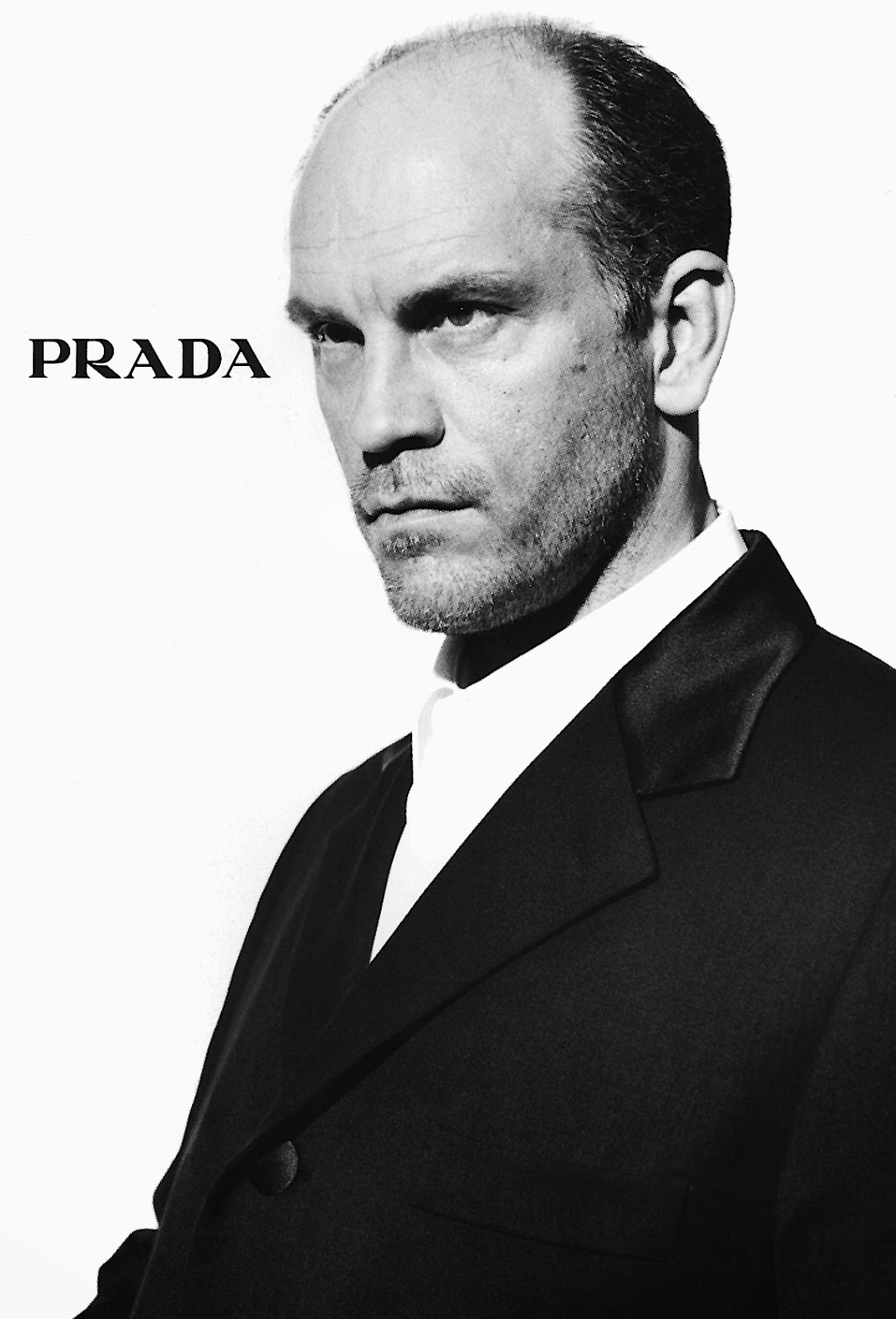 Opposites attract
Then I fell in love with a woman.
Miuccia Prada redefined proportion
for me. When I bought my first pair
of her black penny loafers, I felt like
I was wearing Frankenstein's shoes.
Suddenly all I wore was black, brown,
and nylon. My uniform was severe
and yet easy. Occasionally I flirted
with Jil Sander but during these years
Miu Miu was my girl. An ancient
Prada loden green jacket still hangs
upstairs in a closet. Now too small,
I simply can't get rid of togs past. 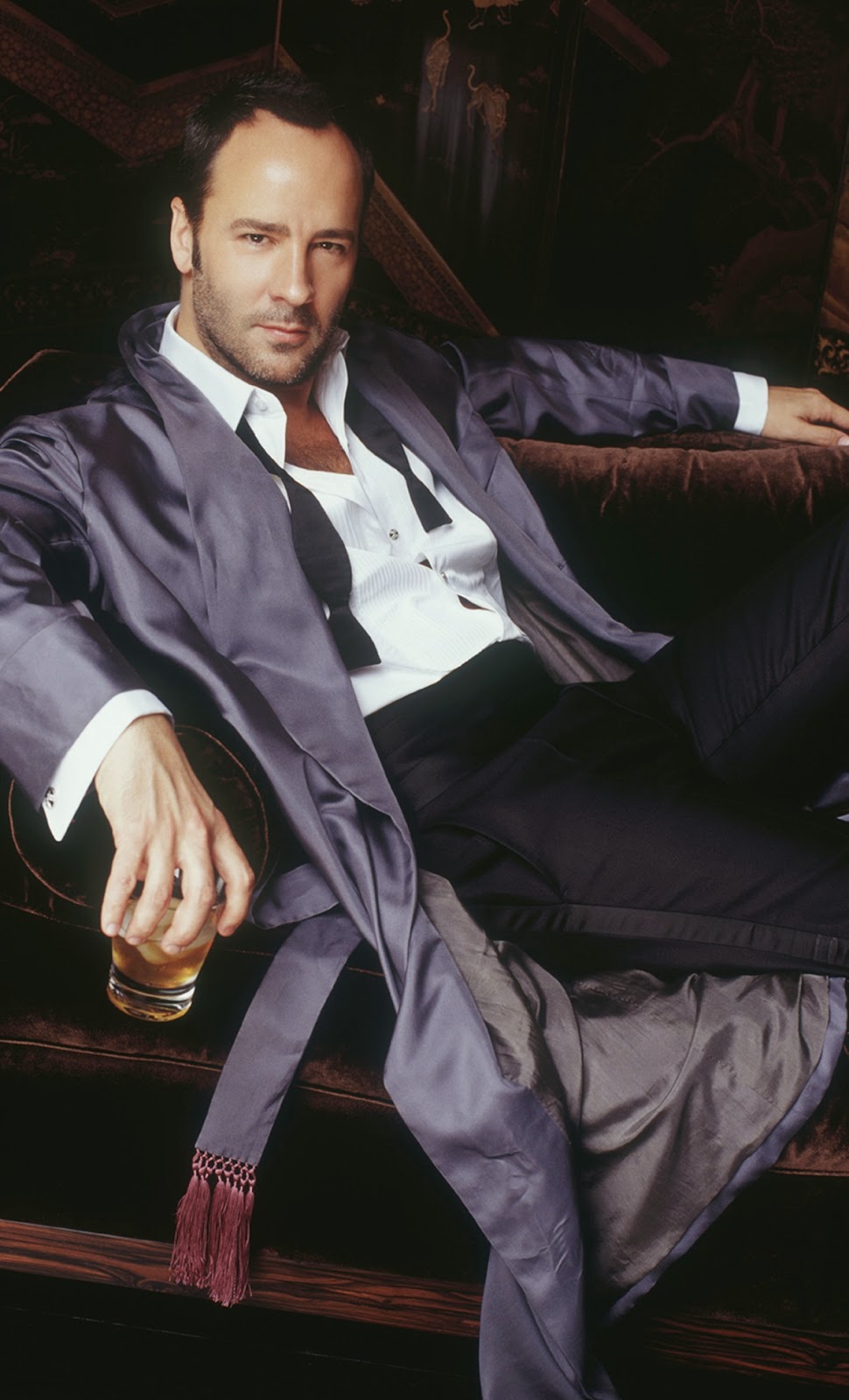 Man oh man!
After I dumped girls for boys my man
was Tom Ford. There was a time in my
life when anything Gucci was just fine
with me. Everything Tom designed was
sexy and fit me perfectly. However Tom
was never the most important man in
my life. Frank indulged my passion for
fashion many times. At Gucci Paris it
was a pair of silver and lucite cufflinks.
Later a monogram duffel straight off
the runway. His best Gucci gift was a
tailored denim sport coat that fit like a
glove. Wearing it was transformative! 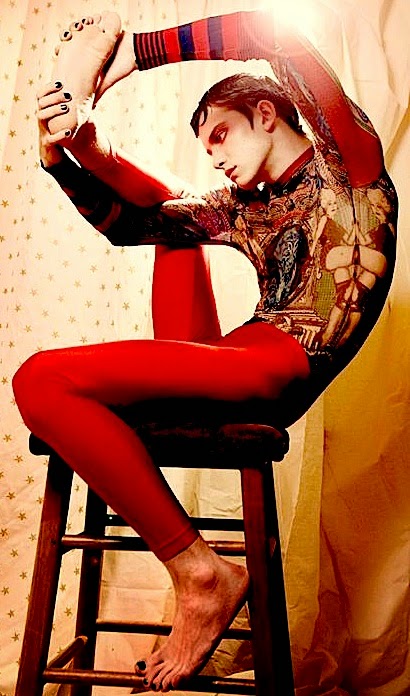 Substance abuse
There is a time and a place for everything.
Sadly in my more fashionable moments,
I didn't have the clarity or self control to
discern what to wear when. Yes friends,
at times I've been a fashion victim. I've
survived triumphs and disasters. Not one
to name names, I must acknowledge my
partners in sartorial crime - John Paul
Gaultier, Dolce & Gabbana, Yves Saint
Laurent, Yohji Yamomoto, Roberto Cavalli,
Comme des Garcons, Dior (Hedi Slimane),
and others I shudder to mention. What was
I (and all of those silly boys) thinking?! 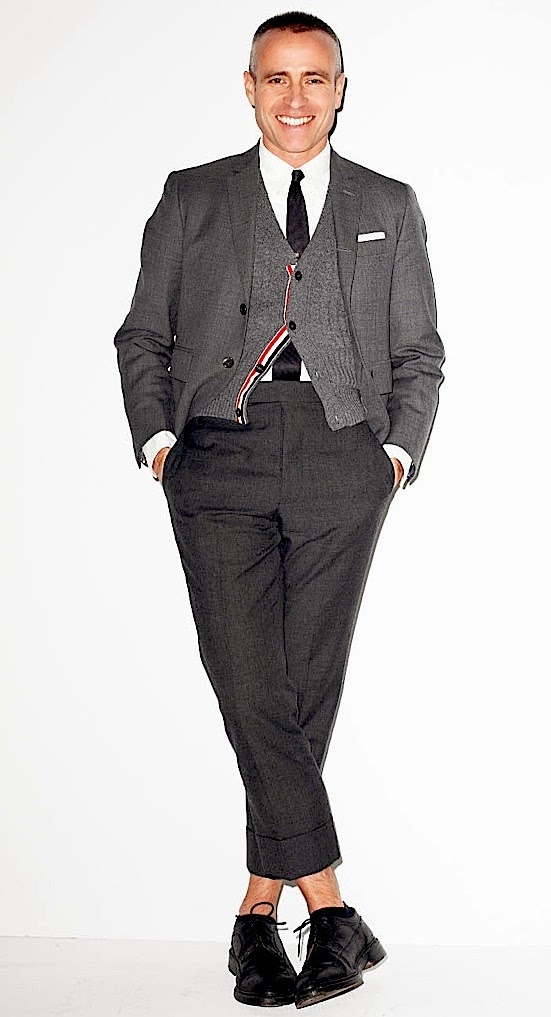 Under cover
Ultimately we all tend to return to our roots.
Fortunately my WASP baggage contains a
love for classic tailoring with a touch of wit.
For several years I've had a huge crush for
Mr. Thom Browne. Unfortunately smartly
shrunken togs make a man of my girth look
like he devoured too many donuts (and yes,
I have). I still adore Italians. Hence Brunello
Cucinelli, Massimo Alba, and Barena were
in skinnier times my best buddies. If I were
a woman, I'd only wear Max Mara. Now my
must haves come from Uniqlo - a Japanese
equivalent of a Gap of the past. It's stylish,
affordable, and most important... FITS. 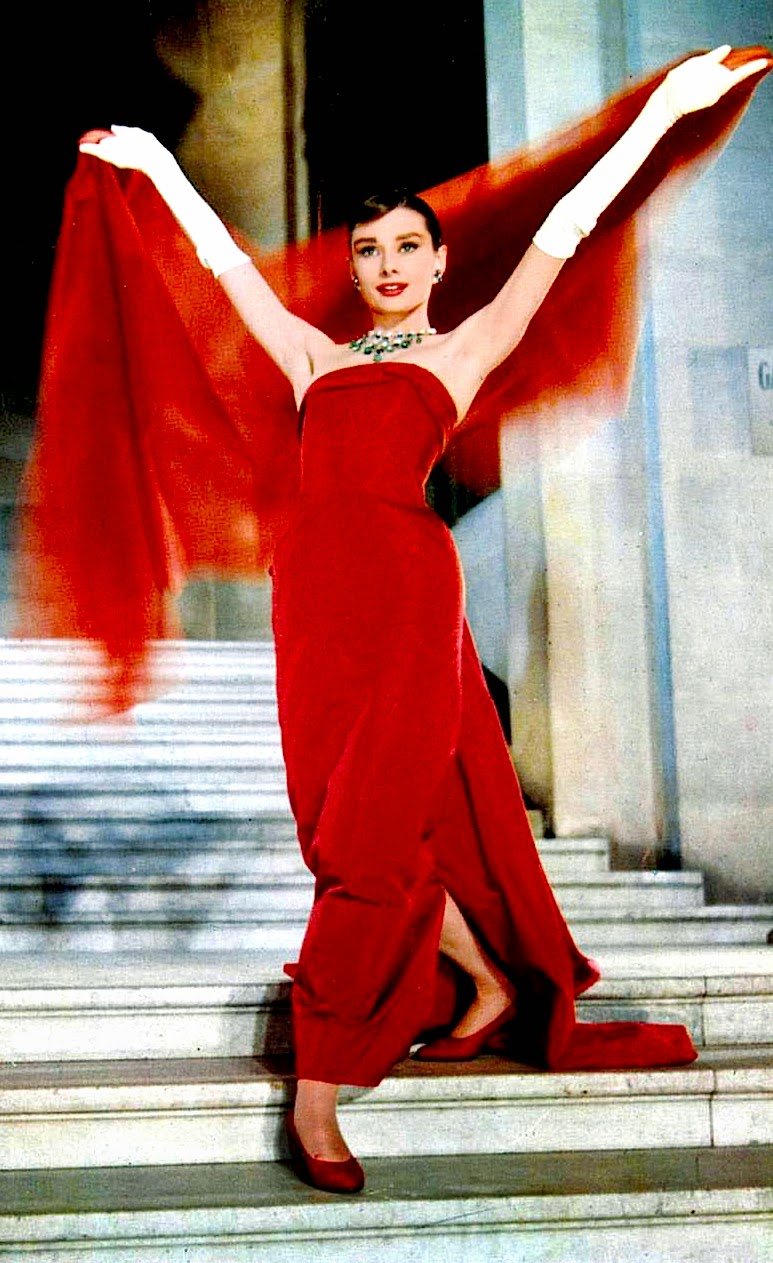 Rehab? I say no, no, no!
Throughout my life, fashion has played
a role in each and every seminal moment.
I've always been confident (sometimes to
my detriment.) Therefore I was blithely
brave enough to wear almost anything or
nothing depending on the occasion. As
I've matured, so has my sense of style.
But honestly, I've loved each and every
moment of my tactile journey through life.
Why play it safe? There's nothing quite as
satisfying as the feeling one gets as they
walk into a room wearing something new.
It's life's crack and I'm still addicted!
Posted by montanaroue at 4:00 AM