HELP IS ON THE WAY 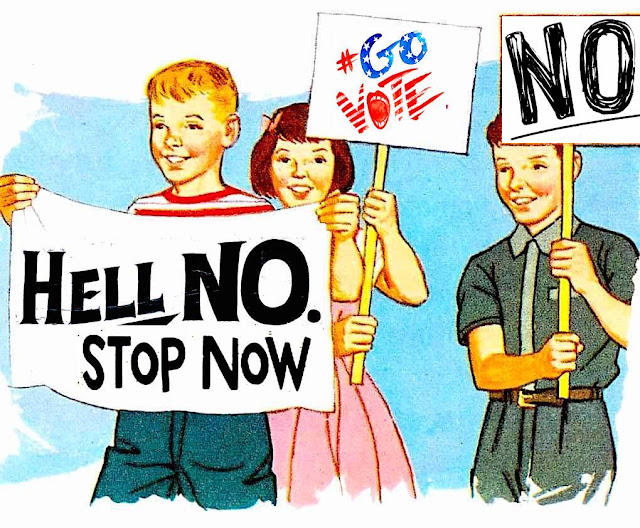 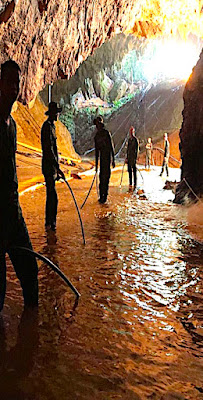 Light at the end of the tunnel
Miracles do happen. However redemption
rarely manifests itself via divine intervention.
Nor does it appear upon some slice of toast.
The fact is that amazing people do amazing
things on a daily basis. Take the soccer team
of twelve young boys and coach who were
rescued from a flooded cave in Thailand.
Salvation was made possible through the
collaborative efforts of team of Navy Seal
divers, speleologists, medical staff, plus a
plethora of volunteers from across the world.
Which proves that anyone can be a miracle
worker. And save us from ourselves. 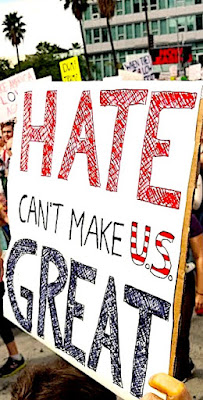 Miraculous conception
At some time in our lives we ALL hope that
we'll be rescued if need be. Yet I can't help but
wonder if karma doesn't play a role in surviving
life's greatest challenges. Many believe that the
giver benefits equally or more than the recipient
of another's largesse. Hence helping others in
need should in theory be a natural part of our
human experience. Sadly in our current state of
schism many of my fellow Americans seem to
have lost all compassion. Otherwise how could
they possibly ignore the sad reality of one year
olds appearing before a judge sans parents?
Has cruelty become our national pastime? 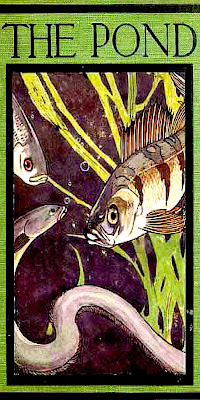 Off the deep end
While it may seem that the odds are against
us, I'm starting to see light on the horizon.
Recently I had coffee with a young woman.
New to our rural agrarian community, she's
already actively engaged in trying to make
a difference on the local front. All because
she purposefully chose to be a "big fish in
a little pond." Recognizing there are more
opportunities to contribute in a major way
within the context of a smaller arena. Thus
for her - breathing life into what some still
consider a terminal patient provides ample
opportunities to make her dreams come true. 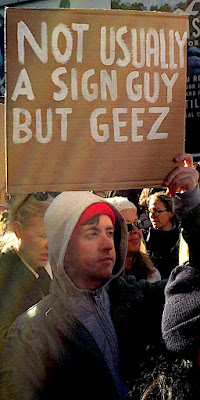 Young enough to know better
For much of my life I was the youngest in the
room. Then the pendulum swung and I could
not be happier. For many reasons I'm no longer
scared of what the future may bring. Suddenly
I'm confident that the next generation is going
to aggressively engage in an attempt to save us
from ourselves. Across America there are signs
of a ground swell of opposition to the status quo.
Some would have us to think said momentum
is fueled by middle aged aged rust belt workers.
However I'm convinced that our boho, tattooed,
over empowered, and free thinking children are
coming to our rescue. Imagine that...

Not in their lives
Their transition to adulthood hasn't been easy
for any of us. And yet from my experience,
all of our hard work is coming to fruition.
As with most things in their lives, until now
most of our kids watched the mess from afar.
Hoping that we'd come to our senses. Now
it seems that they've realized that nothing is
going to change unless they do something
about it. And so across America there is a
ground swell of young people slowly but
surely making a difference. Proving they've
no intention of allowing others to take them
back to a world they've NEVER experienced. 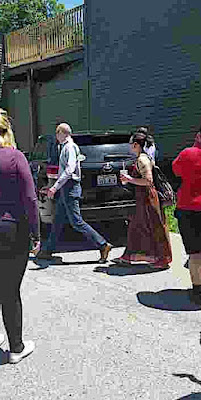 Out of the mouth of babes
Could it really be true that our children are
reflections of us?! Is it possible that our tots
actually absorbed some of what we did and
said? Recently I watched a video of Mitch
McConnell being "harassed" as he finished
lunch and exited a restaurant in Kentucky.
Somebody spotted him and then called in the
troops. Soon a young lady was confronting
"turtle head" for the error of his ways. Along
with a gaggle of other young folks. All who
may be living with their parents yet found
time to confront their duly elected villains.
So could it be that miracles truly do happen?

Truth and consequences
Much like the silent majority of yore, or those
closet Trump supporters who got us into this
mess, a new movement is rising. Those who
unlike the rest of us old folks still have their
futures to protect. Long after we're gone they
will be here. And while at times we wondered
if they'd ever grow up, it now appears they're
ready to assume responsiblity. A revelation
that brings joy to my jaded heart. Affirming
that in fact we did raise them in the way they
should go. Hence their future is ours. And if
they do what I know they can do... then this
November... MIRACLES WILL HAPPEN!
Posted by montanaroue at 4:00 AM