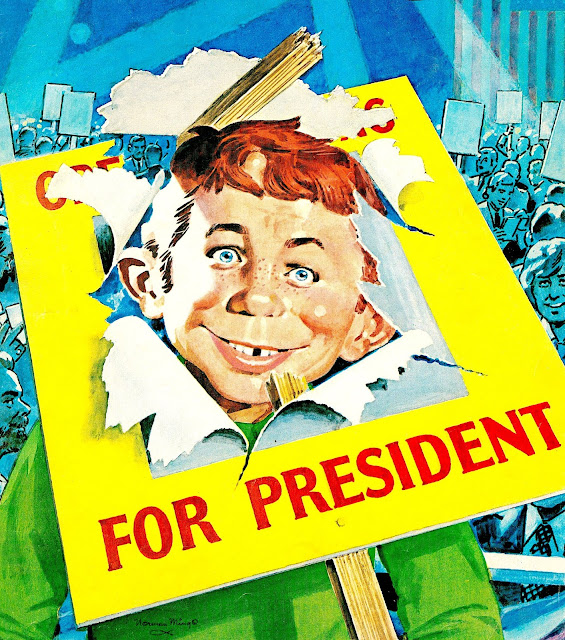 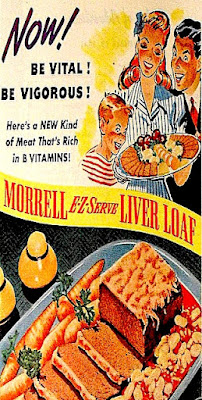 Love hate relationship
There are many things in life that folks either
love or hate. For many reasons said targets of
our affection or rejection naturally polarize.
Consider calves liver. Some absolutely adore
devouring a slice of said organ - especially if
smothered with onions. Whereas others go to
therapy over memories of forced ingestion of
said mess. The same state of extremes goes
far beyond the culinary arena. Meaning that
the dichotomy between adore and loathe also
applies to certain people, places, and pursuits.
Yet rarely has such a schism applied to the
President of these United States until now... 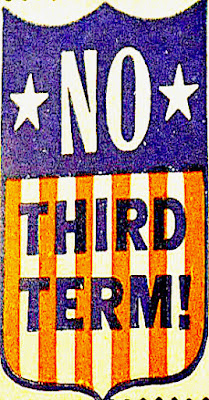 Never say no
Obviously any presidential race is in the end
a split decision. One which naturally divides
us into winners and losers. My depression era
parents attributed much of the fall of western
civilization to Franklin Roosevelt's four terms
in office. Yet while they obviously did NOT
like the man... they revered his role as Chief
Executive. While I may fall on the blue side
of the fence, I was never a fan of Bill Clinton.
In part because I simply didn't trust the man.
That said, I never participated in the type of
vitriol now spewed from of many an orifice.
I respected the office itself and the man in it. 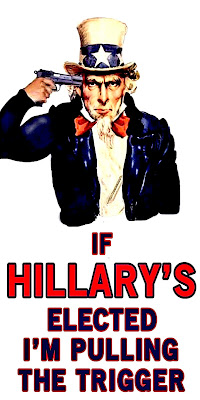 Fear and loathing
For many reasons all of that changed with the
election of Donald Trump. Like it or not most
Americans either love or loathe the man. And
nothing in between. Sadly we're in this mess
because many felt the same way about Hillary
Clinton. While the majority voted her in (i.e.
the "popular" vote) the "winner" was able to
woo enough skeptics over to his side to skew
the electoral college in his favor. Thus even if
voting for Trump was the political equivalent
of swallowing Mom's beef liver - many opted
to gag rather than vote for the lady in question.
Or... is that not what really happened in 2016? 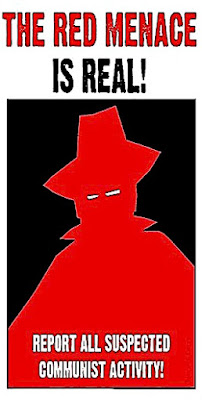 Red alert
Given all of the Russian mania going on - one
can't help but wonder what fueled said reluctant
dilettantes to choose the dark side. Something
tells me that deep down they had no idea that
casting a vote for the devil would drag us ALL
into hell. Most assumed Hillary would win. Yet
in the end forces beyond our control put Donald
Trump into the hot seat. Leaving many of we
"haters" to wonder exactly how it all happened.
Causing at least this skeptic to start to connect
the conspiratorial dots. Could it be that some
evil Ruskie flipped many a switch and skewed
the election in Don's and against our favor?! 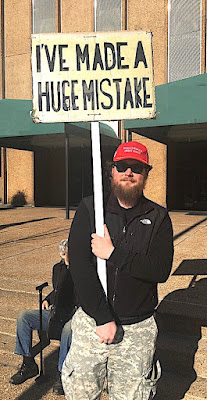 Opposites distract
I realize that just suggesting the above makes
me seem like a sore loser. However post a life
of being considered somewhat rational I have
to question how we got to where we are today.
With random exceptions - I rarely encounter
any rabid Trump supporters. Most of those
I suspect voted for the man are honestly good
folks, Therefore I wonder what they now think
about all of this mess we're in. Do they hold
themselves culpable for putting our country
under the leadership of a compromised man?
Are they as surprised as the most rabid Trump
hater at the state we're in? I TRULY HOPE SO. 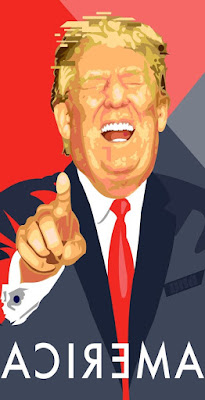 Buyer's remorse
For now let's assume the Russians influenced
our last election - but - were unable to tamper
with our ballot boxes. Living in a community
where over 70% voted for Donald Trump and
a sleaze ball like Greg Gianforte - I should be
pessimistic. Yet somehow the reality that said
majority did so in a surreptitious manner is
encouraging. What if they had a better choice?
As we enter into the mid-term election cycle
many will have two options. The question is
can they see past party affiliations and focus
who will do their best for America? Or will
we blindly make another split decision?! 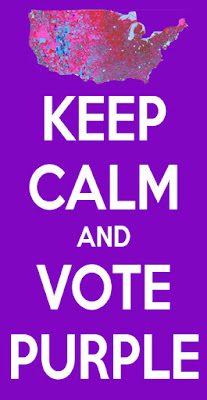 Split decision
Call me Pollyanna but somehow I have hope.
In that everybody can't be as crazy as we may
think they are. While more than worried that
a deep dark plot is afoot to steal our freedom -
I somehow believe we the people won't stand
for it. Which makes me optimistic that at some
point - my friends and neighbors will come to
their senses. And realize that in winning just
to win - they lose more than their dignity.
Hopefully most Americans agree that rigging
the system in anybody's favor is a crime. Isn't
it time we voted in the right people who will
protect liberty and justice for ALL?!