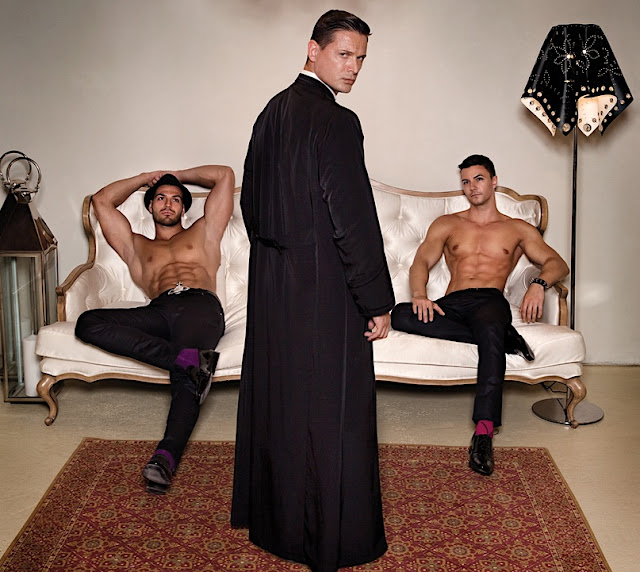 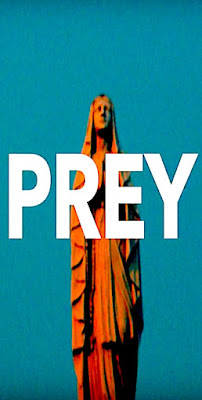 Prey not again?
Once again the Archdiocese of Great Falls -
Billings Montana has made it onto the front
page and nightly news. This time it's NOT
because of filing for, then attempting to exit
bankruptcy due to the massive settlements
with EIGHTY SIX victims of sexual abuse
by diocesan priests over a forty year period.
No, this time the buzz is about a Great Falls
priest's Facebook post denouncing a couple
who are sponsors of this year's "Mayfair"
fundraiser for the Billings Central Catholic
High School. Oh... and need I add that all of
the fuss is about a GAY couple in question?!

From whence it came?
Father Ryan Erlenbush is apparently disturbed
by the idea of a married gay couple playing a
key role in raising over half a million dollars
for Catholic education. Thus he aggressively
suggested that any/all of his followers boycott
said fundraiser given it was tainted by a queer
association. Subsequently the Catholic School
leadership and the couple's four fellow chairs
issued statements of support and inclusion for
all forms of diversity. In theory that should be
enough. However given prior experience, I've
no doubt that this brouhaha is far from over.
Is gay bashing en MASS again in session?

School daze?
So... I did some research. Father Ryan Erlenbush
graduated Billings Central Catholic High School
in 2001. Thus his high school years overlapped
two years with half of the couple he questions -
Travis Heringer. As a male who if fully aware of
what makes guys who like guys tick, such a close
association between the two dramatically different
types could be the cause of all the fuss. Consider
Father Erlenbush (shown left.) Then please take a
glance (below right) at his fellow alumni - Travis
Heringer. Beyond being gorgeous, Travis is smart
and rich. Could a long dormant sophomoric crush
be the root of this evil? Or is it all a coincidence? 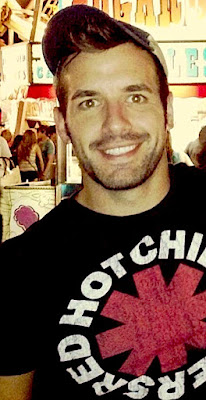 Safety in numbers?
To be clear, I've no proof of the above theory.
However I can affirm that I have been hit on
by many a gay priest in sheep's clothing over
the years. Research shows that 15 to 50% of
American priests are closet queers. Thus even
the low end number is shocking given 3.8%
of the U.S. total male population is gay. Now,
let's connect the theoretical dots. Conflicted
gay boy secretly lusts after handsome older
student. After spending more than seventeen
years atoning for his sins, the boy discovers
that the object of his affection is married and
being lauded by his holy Catholic church. 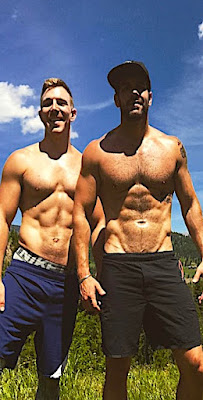 What's not to love?
For the record I don't know Travis Heringer
nor his husband Dan Sutter (shown at left).
My research indicates that they're beloved
by family, friends, and community. Add
that both are committed to giving back via
service in various organizations. A Billings
native, Travis' family runs a successful oil
enterprise. Dan is a marketing consultant.
They have a lovely home, many friends,
and chronicle their life via Instagram. All
which makes them exactly the kind of folks
you want running a mega fundraiser. So tell
us Father Erlenbush - what's NOT to love? 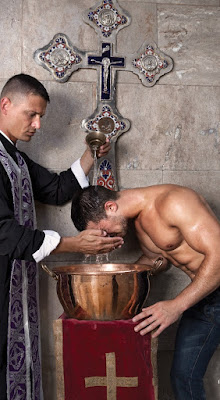 Church or state?
Again, I've no proof that Father Erlinbush has
a catechismical axe to grind simply because
of a man who got away. However based on
my personal experience with another of his
priestly peers - it's safe to assume that some
hidden agenda is fueling this supposed man
of God's ridicule. Having been there, done
that - the only thing that's certain is that deep
within Bishop Michael Warfel's Great Falls -
Billings Diocese it's ALL about them... and
not those who they're blessed to serve. Thus
this excuse for a priest feels free and able to
vilify good people for being who they are. 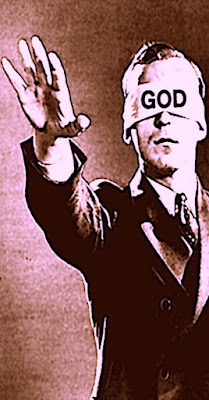 Blind leading the blind?
Boys will be boys. Here in Lewistown the end
result of young Father Sam Spiering's errors in
judgement was a mass exodus from his parish.
Given Father Ryan Erlenbush is "young," one
hopes that he can grow up to become a man of
God. Sadly it seems that Ryan is following in
Sam's versus Christ's footsteps. All of which
indicates that something is rotten in the Diocese
of Great Falls - Billings. Otherwise why would
anybody allow such purposeful prejudice to go
on and on? Especially when piously executed
in the name of God. Maybe it's time you faced
your truth Ryan - thou doest protest too much!