FOR RICHER FOR POORER 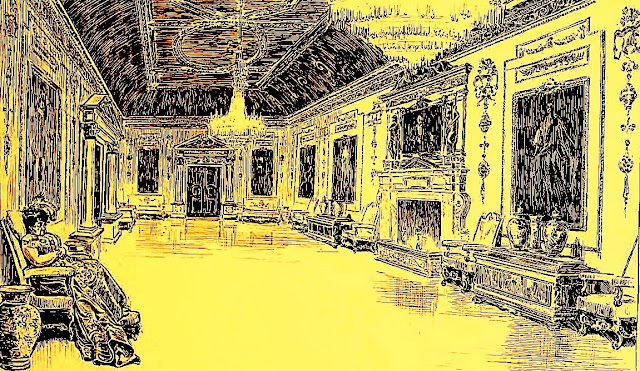 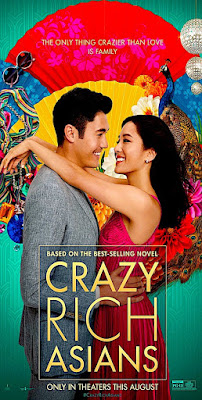 From rags to riches
When is too much exactly that... too much?!
I just watched the preview of "Crazy Rich
Asians" a new movie that releases in August.
Based on Kevin Kwan's bestselling tome it's
sure to be a charmer. The story is familiar.
Pretty yet smart economics professor falls
for handsome yet humble guy. He invites
her to attend the wedding of a childhood
buddy back in Singapore. Upon boarding
a first class flight she comes to realize that
her boyfriend comes from a very - I repeat
very rich family. All whom have plenty of
reasons to not welcome her into the family. 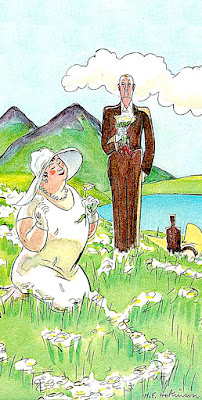 Above all else
Ultimately love triumphs and the girl gets her
boy. However in between she must battle overt
materialism, tradition, and prejudice in order to
win. It's amazing how "things" can consume so
many rather than people. And yet why are we
surprised. Since the dawn of time there have
been "haves" and "have nots." Inevitably what
separates the wheat from the chaff is the upper
crust's myopia. You see, most rich folks tend to
live in a rather sheltered existence. They live,
work, and travel in self-contained circles. Often
rarely if ever interacting with the masses - hoi
polloi - riff raff - or ordinary human beings. 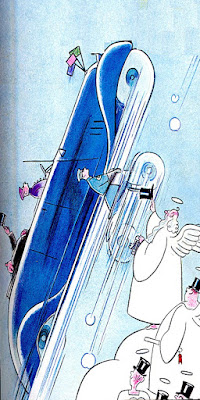 Inside track
The question is whether an individual or family
should have so much when others have so little.
Now before any of you get worried - I am most
certainly NOT a socialist. And given that I have
been blessed in my professional pursuits Frank
and I are fairly "comfortable." However there
is a big difference between having cash in the
bank and owning said establishment. Over my
lifetime I've seen the gap between rich and poor
become an almost insurmountable abyss. One
that few if any transcend. That is unless they
sacrifice everything in order to gain what some
consider "it all." Only to find it's nothing at all. 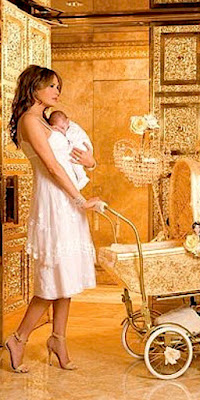 Golden boy
When young - most dabble with the idea of
"I'll show you mine - you show me yours."
Sadly some spend the balance of life doing
just that. Recently released tapes chronicle
our now President's disingenuous efforts to
gain his place on the Forbes list of the four
hundred richest Americans. Which should
not be surprising given the same gentleman
has lived his adult life in a gold plated aerie.
If I've learned one thing in life it's that such
over the top attempts to usurp the rest of us
are proof of someone's inadequacies. And the
size of one's hands has nothing to do with it.

Golden rule
Whatever fuels ambition - there comes a time
when enough is enough. Exactly how many
billions does one require before you run out
of ways to spend it? Sadly those most blessed
often feel absolutely need to share their wealth.
Whereas others do so their entire lives. Next
month the David Rockefeller estate will be
auctioned off at Christie's. It's depth of riches
are sure to enthrall. However what I find most
amazing is that the proceeds for this auction
will go to cultural, educational, environmental,
and medical charities. One example of sharing
one's wealth by investing in America's future. 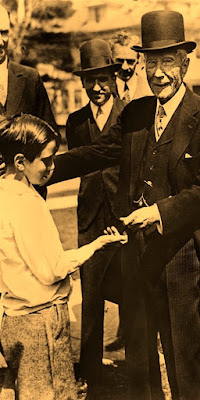 Gold standard
One could argue that David Rockefeller owned
much too much during his one hundred and two
years on earth. The grandson of a man deemed
a "robber baron," his net worth of $3.3 billion
upon his death in 2017. Yet from the beginning
his grandfather instilled in him the importance
of giving back. in 1937 is was recorded that Mr.
John D Rockefeller had donated five hundred
million dollars during his lifetime. In today's
currency that equals eight point seven billion
dollars. Thus rather than rest on his laurels -
David continued the family tradition of giving
back his just due. And possibly then some...

False sacrifices
The difference between Trump and Rockefeller
isn't that one was a gentleman - the other but a
wannabe. What sets them apart is an established
returns policy. While his financial success may
continue to be questioned - theres no doubt that
Mr. Trump has given back only a fraction of his
wealth. In the years between 2001 and 2014 -
the Trump Foundation donated $10.9 million.
Of which Mr. Trump personally contributed
$2.8 million - or 0.08% of his theoretical $3.7
billion fortune. An paltry percentage compared
to the 2.6% average that we the people donate
annually. So exactly when is enough... enough?

Capital giving
When do we assume full responsibility for the
success of America at large? Allowing elected
politicians to legislate ways for the rich to get
even richer seems foolhardy at best. For those
who feel the need to achieve respect, status, or
success - there is nothing as elegant as largesse.
Giving back benefits ALL involved. Especially
when done so with a servant like attitude. Isn't
it about time that we held those more fortunate
accountable? Somehow saving lives seems so
much more important than owning yet another
bauble. As the rich get richer, the poor hit new
lows. Enough already - give back or get out!
Posted by montanaroue at 4:00 AM