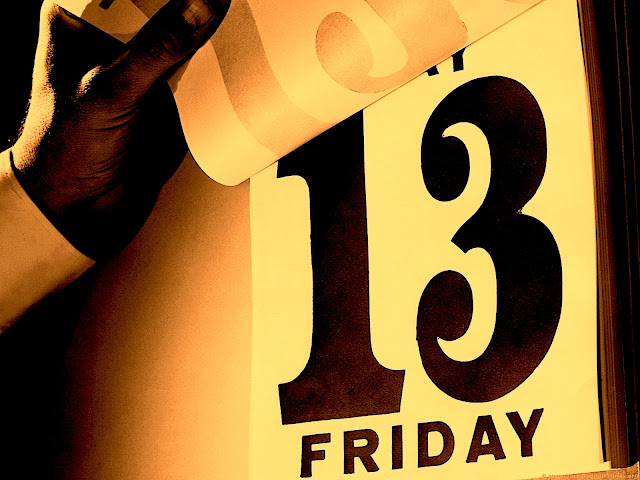 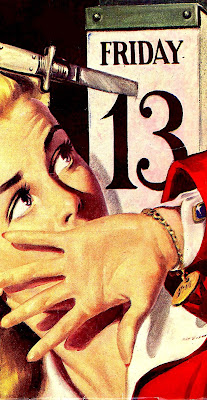 Something evil this way comes?
Today is Friday the thirteenth. A rare event -
our only other this year will be in July. For
some reason the concurrence of the number
thirteen and this last day of a work week is
considered by many to be "unlucky." While
some folks are unnerved by said timing -
others have a phobia about the number itself.
So much so that psychologists have given it
an official name - "triskaidekaphobia." Such
a term causes at least this writer to pause as
it's obvious that some experts must have too
much time on their hands. Anyway, suffice it
to say that this day rattles some folk's cages! 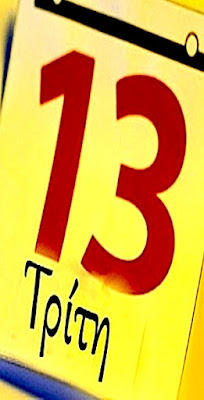 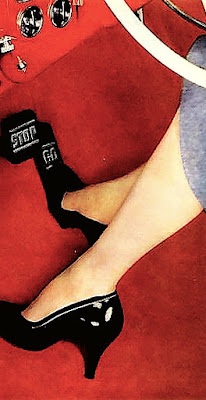 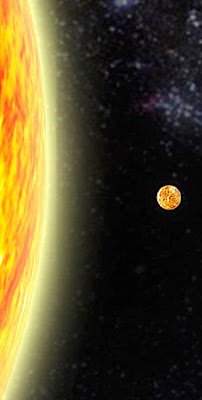 Backward glance
There is no doubt that we all have bad days. Or
experience times when we question whether we
can do anything right. Three to four times each
annum Mercury's orbit appears to go in reverse.
Said backward times are considered by some to
be periods when things go from better to worse.
Thus if one believes in such things - today gets
worse given it concurs with Mercury's current
time in retrograde. Double whammy's aside, at
times it seems that the world is spinning in the
wrong direction. Thus no matter how hard one
tries, it's impossible to usurp said negative trend.
So for today should we stay at home and hide? 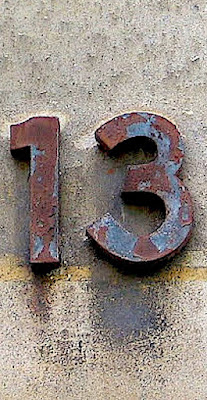 Double indemnity
Rather than accept responsibility - it's much
easier to blame everyone and everything else
for our trials and tribulations. However rarely
are things truly beyond our control. The truth
is almost any challenge can be traced back to
some self-imposed source. Therefore like it
or not, we invariably have nobody to blame
but ourselves for whatever is wrong in our
lives. Often it all depends on one's outlook.
Hence as I was born on the thirteenth (not a
Friday) I consider said double digits lucky.
Meaning that at least for today - I'm going to
assume that today things are going my way!
Posted by montanaroue at 4:00 AM