THAT NOT SO FUNNY FEELING 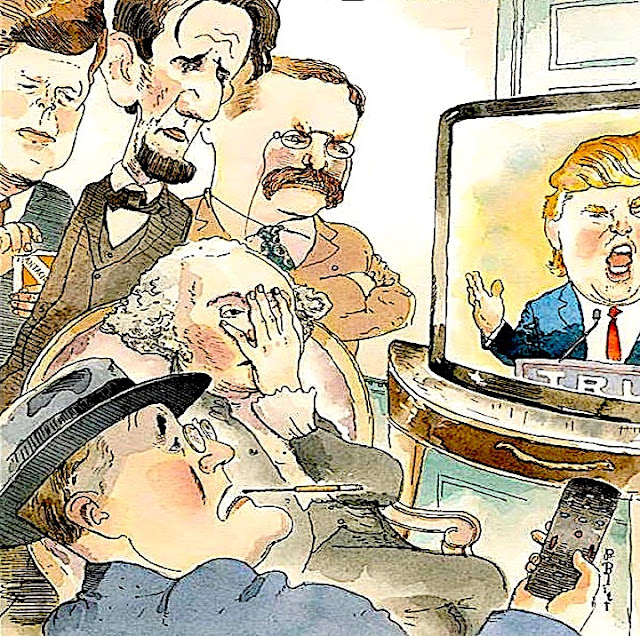 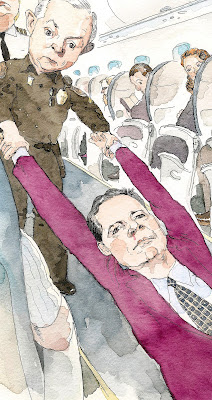 Command performance
We all have one thing in common. It's what
I call an "oh shit" moment. Pardon my merde
but there is nothing worse that coming to the
conclusion that one is beyond compromised.
And helpless to do anything to alter said fate.
Faced with insurmountable odds, most of us
get a swarmy smirk on our faces. Obviously
not funny - one can't help but see the humor
in an adverse situation. So... much like James
Comey being called out by President Trump
at a Blue Room reception - we grin and bear
our enemies as we wipe their evidence off
our shoes. Losing our dignity in the process. 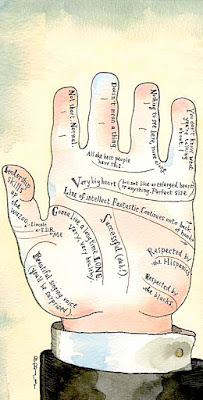 Short handed
Faced with insurmountable odds, we in theory
have no other option but to rise above it. Well,
at least if one has a shred of dignity or aplomb.
Unfortunately our President opts to take a very
different tact. When faced by the opposition he
aggressively comes out fighting. Whether right
or wrong such hand-to-hand fisticuffs hurts all
involved. Like any bully, he leverages his bully
pulpit to maximize his impact. Barraging every
target in his way. And in the process, dragging
the rest of us down into the mud with himself.
Hence like most egomaniacs - it's all about him.
In his mind the winner takes all and we LOSE. 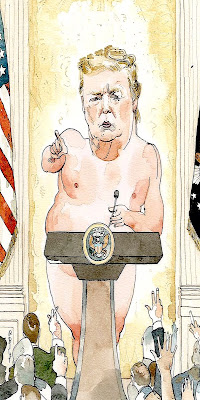 Indecent exposure
Like all of you - I too have suffered through
times of inopportune revelation. Call them
surprises, mistakes, assaults, or nightmares -
the process of being exposed against one's
will is if nothing else a sobering experience.
Yet on the surface our President appears to
be unable to face the bare facts. Thus like a
fairy tale emperor, he ignores the impact that
truth has on his false pretenses. And sadly,
Donald is not alone. As proven by the litany
of powerful men who are now being publicly
forced to atone for prior sins. Hmm... could
it be that money can't buy everything?

Down or out?
Due to the error of our leader's ways - the United
States of America - i.e. "we the people" - are now
confronted daily by a constant barrage of "oh shit"
moments. And while some would like to blame
Russia - the truth is that we did this to ourselves.
We've allowed others to expose our democracy
to negative influences by empowering individuals
who are compromised at best. Thus our collective
success, freedom, and happiness relies on the not
so good intentions of questionable individuals who
have anything but our interests at heart. The fact
of which is if nothing else an "oh shit" moment.
Leaving the rest of us to clean up THEIR mess...
Posted by montanaroue at 4:00 AM